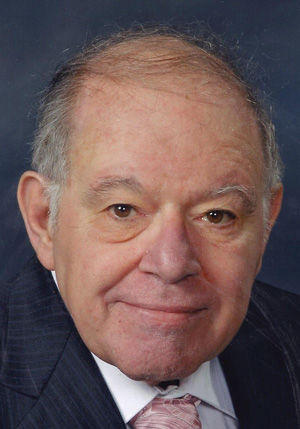 Harold Shapiro, a past president of the Jewish Family & Children’s Service and a longtime lay leader at Congregation B’nai Amoona, died March 23. He had been suffering complications from Parkinson’s disease in recent months, a family member said. He was 79 and a longtime resident of St. Louis.

Harold Benjamin Shapiro was born in Marshfield, Wisconsin, on Aug. 25, 1937, son of the late Louis and  Dorothy Cohen Shapiro.

Mr. Shapiro transferred to Washington University, where he received his undergraduate degree in 1961 and a master’s degree in accounting in 1962. A certified public accountant, he worked at Diversified Industries from the 1960s until the firm was bought out in 1992. He held various positions with the firm, including comptroller and executive vice president.

Among his Jewish and community activities were serving in various positions at B’nai Amoona and at Jewish Family & Children’s Service. Mr. Shapiro served as president of JF&CS from 1988-89. He was on the agency’s board from 1979 and was its treasurer, a member of its strategic planning committee and investments chairman. He also helped in fundraising and assisting in the resettlement of Jews from the Soviet Union.

At B’nai Amoona, Mr. Shapiro was the head floor gabbai  for more than 15 years and was active in and a board member of the B’nai Amoona Men’s Club since the 1970s. In 1998, he was honored as Katan, Groom of the Torah, for his volunteer service at B’nai Amoona.