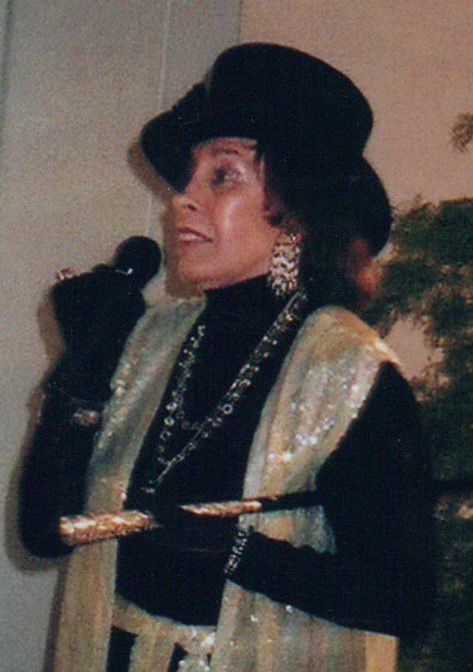 On May 14, 2020 Carole E. Goldfarb passed away. Carole was married for 60 years to the late Irvin Goldfarb. She was the mother of Mara (Jerry) Rosenthal and Debbie Goldfarb (Evi Desser) of Culver City, CA. Carole was the grandmother of Julie Rosenthal (Paul Pinkham) of Mint Hill, NC and Jamie (Eric) Shiller of Newburgh, NY and great grandmother to Samuel Shiller. She was the daughter of the late Joseph and Lily Mae Friedman and sister to William H. (Hilary) Friedman and Stephanie Friedman. Carole was a close cousin to Mark Winer (David Newman), and friend to many.

Carole loved to travel and was a lifelong entertainer. She enjoyed performing for people, whether it was playing piano, singing, dancing, hosting large parties, or performing for residents at nursing facilities across St. Louis. The focus of her volunteer involvement included among others: National Council of Jewish Women, Project Backpack, Past-President of Players AMC Cancer Research, Hadassah, and Missouri Pageant Alumni Club. Throughout her life she performed in: The Muny Opera, Shaare Emeth and B’nai Amoona plays and various fundraisers, Players of AMC, and played the grandmother in Alexandra Ballet’s “The Nutcracker”. Even while performing, Carole found time to work as a decorator and organizer for Chromalloy at the Colony Hotel in St. Louis, at the Helio Isla Hotel in Puerto Rico, and coordinated various Chromalloy events.

In later years, Carole was employed as an out-patient receptionist at the Park Central Institute. She continued to perform in Showstoppers, and participated in various activities with Irvin in the Missouri Alumni Club and Project Backpack.

Private graveside service. A celebration of Carole’s life will be held at a later date. Contributions in her memory may be made to the American Diabetes Association, P.O. Box 15829, Arlington, VA, 22215 or to the charity of the donor’s choice.