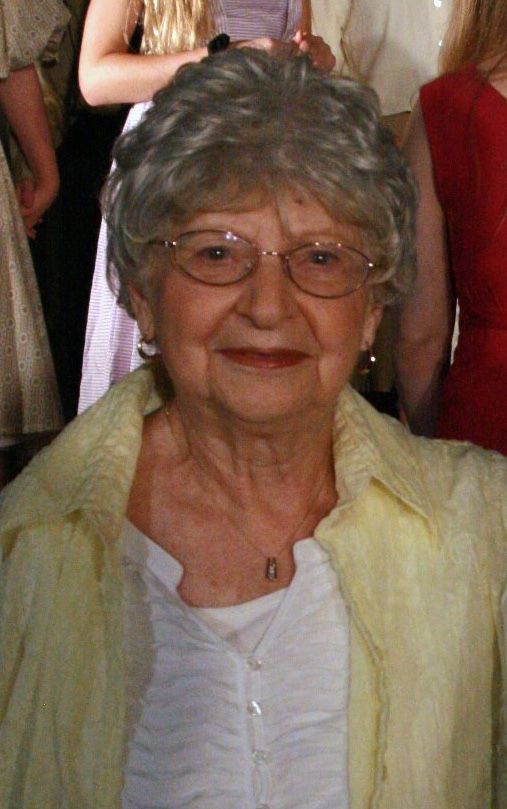 Beatrice (Bea) Lamb, passed away Thursday, Sept. 6, 2018 at the age of 93.  She grew up in Leroy, a small town in upstate New York.  In 1945 when Bea was 21, her older brother, Paul Levinstein, who served in the Army Air Corp, introduced his best friend in the Army Air Corp, George, to his little sister.  The rest, as they say, is history. George had been Bea’s adoring husband for more than 70 years.  Throughout those 70 years, George always referred to Bea as his bride.

Bea and George raised three children, and then spent many years entertaining St. Louisans through Community Theatre, Broadway Fantasies and The Cameo Club.  For several years, Bea performed as a musician with the Oasis band. She enjoyed tap dancing, bowling and sewing. To many, Bea and George were known as the “Show Biz Couple.”  In 2017, they received the Lifetime Achievement in the Arts Award from Arts for Life, at the annual Theatre Mask Awards Ceremony.

Bea earned a B.S. in home economics from Cornell University and a master’s in education at University of Missouri-St. Louis.  She taught in the University City School District early in her career.  As the children became older, she was a teacher at the Village School (pre-school) and for several years taught home economics at Parkway North High School.  After retiring from teaching, she managed the bridal department of Jackman’s Fabrics.

Bea and George’s love for travel led them to many countries and continents including Australia, China and Canada, as well as most of the states around the country, including Alaska and Hawaii.