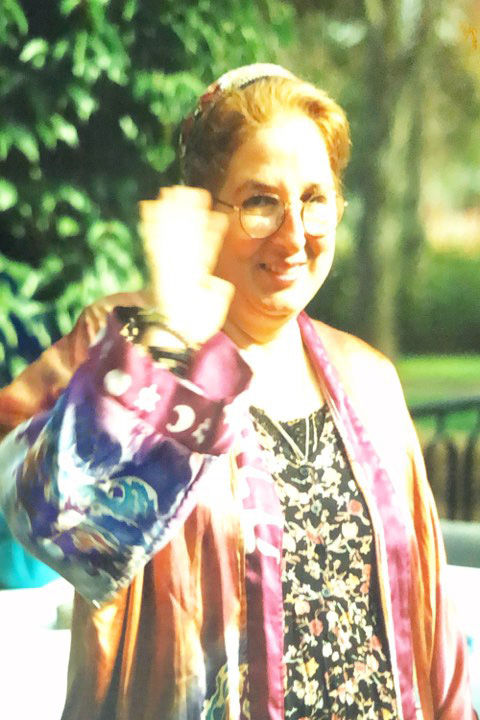 Alice Haya Lotate Kinberg died November 4, 2019 in Boise, Idaho from injuries sustained from being hit by a car on Monday November 4, 2019. She was crossing the street on her way home from the library.

Alice was born on March 23, 1947, in Boulemane, Morocco, the oldest of Meyer and Hanna Lotate’s four children. As a child, her family moved to Sefrou and then the mellah (walled Jewish quarter) in Fez. Her parents were active Zionists who together were responsible  for many Moroccan Jews getting to Israel.

Alice made aliyah when she was 17 years old, in 1964. She met her husband, St. Louisian Rabbi Myron Kinberg z’’l in the spring of 1968 while they were both students at Hebrew University. He was in his first year of rabbinical studies at Hebrew Union College-Jewish Institute of Religion. They were married three months later in Jerusalem. Together Myron and Alice served congregations and the Reform movement in Topeka, KS; Kibbutz Ma’ale Chamisha and Jerusalem in Israel (1974-1977); Eugene, OR; and East Hampton, NY. Myron died in 1996 and Alice went on to live in Portland, OR; Philadelphia, PA; Olympia and Bellevue, WA; and Boise, ID. In each place, she mentored Jewish students and made abiding friendships. Their longest sojourn was in Eugene, OR where they nurtured and grew their family and the Jewish community.

Alice never forgot she had been a refugee and an immigrant, and sought to comfort all who shared this experience. She spoke five languages, each with the French accent of her home. She taught French, Spanish and Latin. She was a cook, a talit maker, a Hebrew tutor,  and a ritual creator. She was interested in everyone she met, ready to learn and become a friend. As a classroom teacher Alice effortlessly drew on a wide breadth of eclectic knowledge of Judaism and spirituality. She had a love and respect for both Sephardic  and Ashkenazi traditions and would challenge authority when it struck her as patriarchal or unjust in any way.