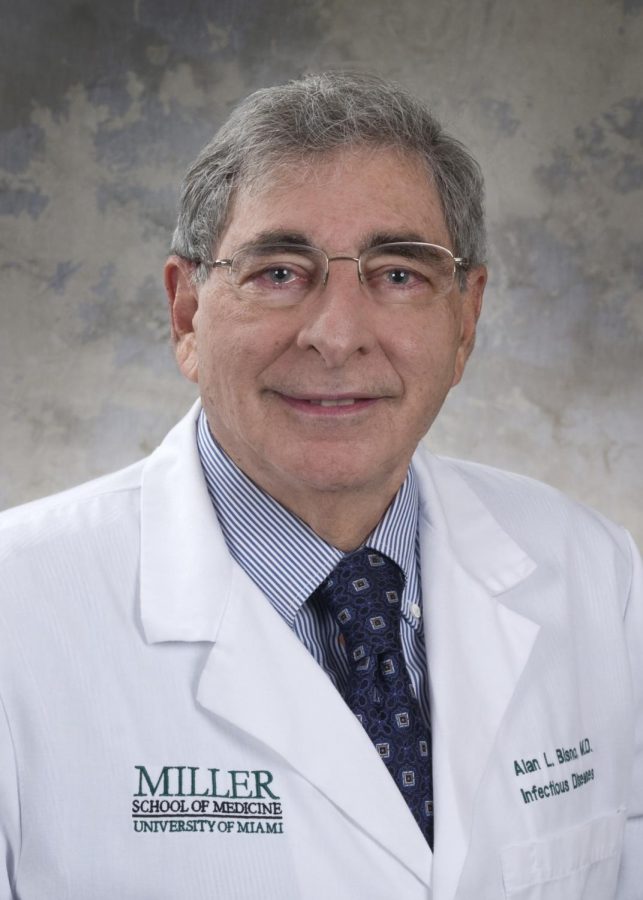 Alan Lester Bisno, MD, passed away peacefully in Miami, FL on Monday, August 10th, the day before the 57th anniversary of his wedding to his beloved wife Barbara Klearman Bisno.

Alan’s friends, colleagues, and family all knew him as a brilliant, kind, and good man, with a light sense of humor that tended toward the pun, who was deeply committed to advancing knowledge, caring, and teaching, all in the service of making the world a better and healthier place.

A distinguished physician and academician, Alan devoted much of his life to the study of infectious diseases, to patient care, and to medical education.

Alan was born and raised in Memphis, TN, son of the late Ralph and Rosella Bisno. He received a scholarship to attend Princeton University, followed by medical school at Washington University in St. Louis, where he met Barbara, the love of his life.

After a residency at Vanderbilt University and a stint with the CDC Epidemic Intelligence Service in New Jersey and in Kingston, Jamaica, Alan returned to Memphis to be near his parents and brother’s family. Alan was a member of the faculty of the University of Tennessee Medical School for 19 years, most of that time as Chief of the Infectious Disease Section. From 1987 until his retirement in 2003, he was professor and vice-chairman of medicine at the University of Miami School of Medicine and chief of medical services at the VA Medical Center.

Alan and Barbara greatly enjoyed Miami’s diversity and dynamism as an international city and made lifelong friends there who appreciated Alan’s kind smile, gentle wit and generosity of spirit. Alan published numerous articles and several books in his field of expertise and had the opportunity to travel the world with Barbara to meet and collaborate with colleagues in many countries. In 2009 the American College of Physicians selected Alan as a Master, its highest distinction.

In addition to Barbara, Alan leaves his brother Dr. Jack Bisno of Memphis and his family, daughter Susan Bisno Massel and her husband Joel Massel of Chicago, son Neal Bisno and his partner Lisa Frank of Pittsburgh, and grandsons Nathan Massel and Sam Bisno, all of whom were a source of great happiness and pride for Alan. The family will be holding a private funeral and hosting an online shiva. In lieu of flowers, well wishers are encouraged to consider making a contribution in Alan’s memory.