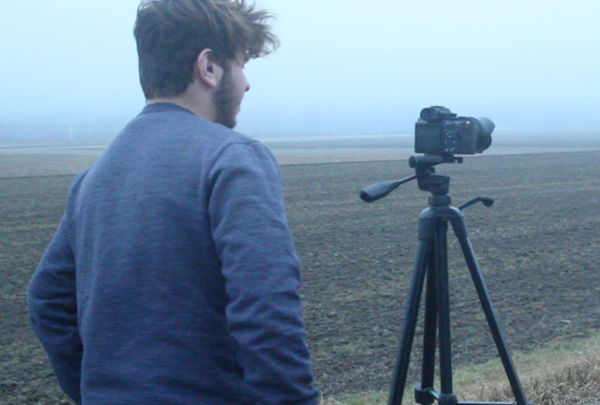 The Oscars, also known as the Academy Awards, are an annual awards show for actors, actresses, screenwriters, filmmakers, and all others involved in the filmmaking industry. Many of the nominees typically are Jewish.

How can teen filmmakers reach this level of success, and how does being Jewish help them achieve their efforts? Some say their Judaism has opened doors to get them to where they are today, while others feel their religion has inspired them to create and motivated them to pursue what they love.

“My Judaism has given me opportunities that I (otherwise) probably wouldn’t have had to bring my camera along, and those videos have typically gotten the most attention,” Parkway Central High School junior and filmmaker Jordan Chervitz said. “Those videos would not exist if I was a [member of a] different religion.”

Jordan made his own bar mitzvah video when he was 12, and he says it helped him to get his name out in the filmmaking world. A couple of years later, Jordan went to Colorado with Camp Sabra’s Masada program. He made daily “vlogs,” or video-blogs and posted them to YouTube. After returning from the Masada program, he went to Israel. When the organizer of the trip saw the video, Jordan was asked to put together a “commercial” for the following year’s trip.

“[Being Jewish] has kind of opened some doors in the filmmaking world and it’ll probably help later,” said Jordan.

For teens whose Judaism does not always present opportunity, high schools often provide different types of film programs, such as broadcasting, film analysis and film theory. These classes can give students experience and the tools needed to help jumpstart a successful career in filmmaking.

“In the last five years or so, I have found that many schools are beginning to value filmmaking as a viable form of learning,” Ladue Horton Watkins High School broadcast technology and film teacher Don Goble said.

Goble was the National Journalism Education Association Broadcast Adviser of the Year in 2015. He has also led workshops and spoken at events about media literacy, which is defined as the ability to access, analyze, evaluate, and create different forms of media. He says an increasing number of students are showing interest in film and filmmaking.

“An entire generation of kids has grown up with mobile devices, whether brand new or hand-me-downs from parents,” Goble said. “They already have an embedded interest in video or film production because they have been taking pictures or recording video from a very young age. It’s my job to teach them the principles of media literacy and train them on the skills that the professionals employ for their productions.”

Jordan can relate to this, as well. He says he started “directing” when he was in kindergarten, with his dad filming. He later got his own camera, and has been building up his filmmaking knowledge ever since. Now, Jordan not only films and directs, but also edits and writes. He plans on furthering his skills in college.

“Don’t be afraid to try,” Sydney Tischler, a freshman  and St. Louisan studying film at Wellesley College, said. “I would say that is the most significant advice, thinking back on it.”

Tischler had experience in journalism and a bit of film going into college, but not enough to the point where she felt that she could be successful in a strictly film program. She had produced and been in theater performances throughout high school at John Burroughs and knew she wanted to create things.

“I had a weird encounter with Ellie Kemper, who’s from St. Louis. [I asked] ‘What advice do you have for me?’ [and she said] ‘Start writing…and start producing.’”

Kemper, known for her performance as Kimmy Schmidt in Netflix’s “Unbreakable Kimmy Schmidt,” offers familiar advice. Nearly anyone you talk to who is involved in film recommends just going out and creating — hands-on experience is as good as it gets.

“What I really appreciate about Judaism is that it teaches you to be a good person,” Tischler said. “I think that attitude of assuming that no one is going to stop you from doing what you want to do, I carry into every part of my life.”