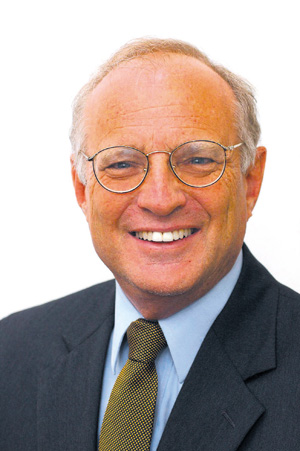 WASHINGTON — What happens when the rabbi who delivered the invocation at your nomination inveighs against you?

Three controversies in quick succession have earned President Barack Obama opprobrium from some of his most steadfast liberal supporters, including Rabbi David Saperstein, who directs the Reform movement’s Religious Action Center.

The controversies besieging the White House in recent weeks have included State Department emails suggesting the White House tried to change the administration’s talking points concerning the deadly attack last year on the U.S. consulate in Benghazi; an acknowledgment by the Internal Revenue Service that it focused specifically on conservative groups in directing additional scrutiny to applications for tax-exempt status; and the revelation that the Justice Department tracked phone calls of Associated Press reporters in a bid to identify government leakers.

Conservatives were quick to pounce, and more than one compared the latest revelations to the scandal-mired administration of Richard Nixon.

“Who would have guessed that just a few months into his second term, President Obama would be compared to Tricky Dick,” wrote Joe Battenfeld, a columnist for the conservative Boston Herald.

“Reports that the IRS focused attention on applications for tax-exempt status from groups with apparently politically conservative names and ideologies are deeply concerning,” the Religious Action Center said in a statement Monday. “No individual or organization should incur extra attention from the IRS solely on the basis of political ideology and no entity should feel implicit or explicit pressure to alter its mission or actions based on fear of politically motivated action from the IRS – or any other government agency.”

Still, Saperstein, a constitutional scholar who has been close to the Obama administration and delivered the invocation at the 2008 Democratic convention in Denver nominating Obama, dismissed any comparison to Watergate.

“That was totally pervasive and violated a range of laws,” Saperstein said of Nixon’s excesses, which included domestic spying on political rivals. “These appear to be aberrations.”

Comparisons to President George W. Bush, Obama’s immediate predecessor, might prove sturdier. The Bush-era IRS in 2004 sought an audit of the NAACP, saying its activities were overly political. NPR reported that the Bushadministration on multiple occasions subpoenaed journalists’ phone records under the same terms that the Obama Justice Department used to investigate the AP.

One of the Bush administration’s attempts to control information was its prosecution of two former staffers for the American Israel Public Affairs Committee for receiving allegedly classified information. The prosecution, had it proved successful, would have criminalized not just leakers but those who receive leaks, like journalists.

Notably, Eric Holder, Obama’s attorney general, shut down the case of the AIPAC staffers in 2009 within months of assuming the job.

Saperstein said Obama needed to come up with answers fast to allay concerns that he was disengaging government from its constituents.

“These become the filters through which people will remember an administration,” he told JTA. “It behooves the administration to move effectively on this.”

Or, as comedian Jon Stewart of “The Daily Show” put it, “This has in one seismic moment shifted the burden of proof from the tin-foil behatted to the government.”