Why St. Louis would be wise to let Stan Kroenke and the NFL sweat this lawsuit out 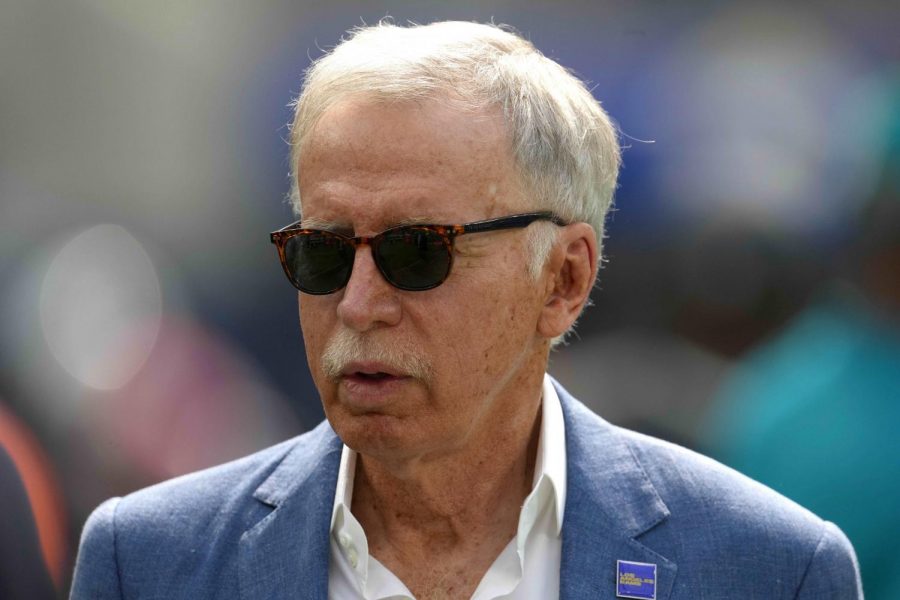 St. Louis has been without an NFL team since Jan. 12, 2016, but that doesn’t mean the sport got very far on foot from the hearts and minds of football fans in this city. When Stan Kroenke used his majority ownership power, along with some legit corrupt practice by Roger Goodell and several NFL owners, to yank the Rams out of St. Louis, the Edward Jones Dome was left empty downtown and Sunday tailgates became a distant memory. How about some payback?

But if you flash forward nearly six years, St. Louis is taking the fight to Kroenke, his sniveling sidekick Kevin Demoff, and the NFL in the form of a massive lawsuit that could yield billions of dollars in payout…or perhaps another NFL team for St. Louisans. According to Sportico, “three plaintiffs in St. Louis argue that Kroenke and his fellow owners committed breach of contract, fraud, tortious interference, and unjust enrichment in the location.”

Every time Kroenke and the NFL try to move the date or location of the eventual hearing, the courts have denied them home field advantage or an easy way out. Kicking and screaming, coated in their boatloads of money, Kroenke and the NFL will get their day in court, and it may not be to their liking. According to Mike Florio of Pro Football Talk, one of the possibilities in the settlement could involve St. Louis getting an expansion team.

Instead of keeping the Rams, which was the original plan years ago when Dave Peacock and company were trying to gather funds to build a new stadium down on the riverfront, the city would get a brand new team. Rather than a weak consolation prize, like the Raiders or Chargers from the west coast, it would be tailgates all over again around here.

But is that what St. Louis really wants? The better angle may be to expose the league further, take them to court, and keep them on the hot seat. While the settlement could produce a payout that would rock one of the league’s Swiss banks stuffed with cash, it’s more about the principle of it all. When Kroenke took the team out west, he left skid marks on the Lou in ugly fashion, calling the city unfit for a football team and more of a baseball town. I wonder what he would have thought of all the blue on the streets back in June of 2019 after the Blues won the Stanley Cup.

Here’s the thing. If St. Louis got another team out of this, I would watch. There isn’t a single football fan in this town who wouldn’t. The truth is I have detached from the league since the Rams’ departure, due to a variety of factors. First, when you don’t have a home team to root for and don’t really write about the sport, the interest level drops. Secondly, Peyton Manning retired, and that was the other reason I had to watch games. Lastly, I didn’t want to support a league that unjustly took football away.

Out of all the leagues, the NFL stinks of greed the most. Their policies, tactics and lack of care for fans — the people who stuff their pockets with cash — just stink and aren’t something you should yearn to be associated with. For the diehard fans in this city, I would love for them to get a team back. However, I would personally like to see the league sweat a little (aka, a lot) more in public. While national media takes their time in reporting and going after the coverage of this case, writers like Florio are taking their shots. Everyone should take a shot at Kroenke, Goodell, Jerry Jones, Demoff, and anyone else who played a part.

Just imagine, for a second, if this happened with the Cardinals or Blues. If Bill DeWitt Jr. or Tom Stillman didn’t own the team and someone else did — a group of people looking to pull something sacred like that away should be punished. While the Rams were never as beloved as those two teams, at least outside that lightning in a bottle 1999-2001 stretch, it’s a wound that has never properly healed.

I find it hard to believe that St. Louis would even invite the chance for a new team, especially if a new stadium needs to be built. Public taxpayer money wasn’t easy to come by for the new MLS soccer stadium, much less another NFL team. Saying no to the most popular sport in the world won’t be easy, but just imagine the hot flames underneath the league at the moment. When you think about the Dan Snyder situation and the Jon Gruden emails, Goodell and company are doing everything they can to keep attention off their sport as its 2021-22 season is in motion. Why not keep that pressure on them instead of taking a settlement?

Make no doubt about it, ladies and gentlemen. Taking a new team would be a settlement. It would accept what they would like to give, instead of asking them to produce something — sensitive documents and materials — they really don’t want to show.

What do you say: A new team or more cooking in the spotlight with an embarrassing settlement to follow? I’d say let them sweat it out for a good while longer. Remember, the longer the lawsuit plays out, the more focus and attention will be brought to the table. Embarrassing the NFL in public may be too sweet to pass up for the St. Louis plaintiffs.