Why are elite Jewish day schools standing in the way of a better education for yeshiva kids?

The purpose of the law is obvious and straightforward: to make sure children attending nonpublic schools receive enough education to survive the world into which they graduate.

Until the 1960s, this directive from Albany had little relevance for most New York City Jews, as most Jewish parents were still sending their children to public schools to learn to be Americans.

But as the decades passed, some American Jews realized that it was possible — for a price — to have their children walk out of middle or high school with the Talmud in their right hand and the U.S. Constitution in their left.  This led to the creation of the modern Jewish day school system as we know it, and institutions such as Solomon Schechter, and later SAR, the Abraham Joshua Heschel School and the like, began attracting generations of modern Jewish families.

Although most New York City Jewish families continue to send their children to public schools, these selective Jewish day schools have attracted thousands of students over the decades. These schools were (and continue to be) magnificent, teaching both secular and religious studies on an extremely high level, and sending their graduates to highly selective colleges and on to very satisfying careers.

But what about the boys and girls in the more “traditional” haredi Orthodox yeshivas?  Alas, those responsible for ensuring the guidelines coming out of Albany were being followed generally failed to do so. In fact, it took more than 120 years for the New York State Department of Education to realize that it had to do something more to help the children from these yeshivas.

In 2017, studies and legal action by the group Yaffed demonstrated that a great many of the kids coming out of the yeshivas were barely literate in English, abysmal in math and had little or no understanding of American history, nor the tools necessary to be an active member of a democracy.

So in 2018, the department – in a remarkable act of political courage – issued guidelines designed to insure that the 1894 “substantially equivalent” law had teeth.

MaryEllen Elia, the commissioner of education, was honest in explaining the genesis of the new guidelines: In March, she testified before the New York Supreme Court that they were enacted as a result of a complaint by parents, former students and former teachers at 39 New York City yeshivas that these schools were providing “only limited secular education and were failing to meet the ‘substantial equivalence’ standard mandated by state law.”

The guidelines called on local school authorities to check in on all non-public schools (they couldn’t single out the yeshivas) and make sure that, for example, there was evidence that the children could read English. The guidelines were reasonable, flexible and nonintrusive: Schools in compliance would only be visited once every five years. They bent over backward to take into account cultural and religious sensitivities.

The yeshivas didn’t like them, but that is not surprising. What is surprising — indeed shocking — is that neither did the Jewish day schools that are members of a group called the New York State Association of Independent Schools. Founded in 1947, NYSAIS now has 198 independent schools and organizations ranging from nurseries to high schools in the state.

Its mission is to promote the “independence” and “well-being” of its members. The guidelines upset NYSAIS because they dared to include rules that would, on the one hand, save the yeshiva kids but, on the other hand, add limited government review to their members’ programs.

In reality, the guidelines would never have put a dent in the “independence” or “well-being” of its members: They were simply not designed for schools like Dalton, Trinity and Fieldston, which provide their students with more than a substantially equivalent education. For example, the guidelines included a process for developing a plan and timeline for attaining substantial equivalency if the nonpublic school was initially deemed noncompliant, which was never going to happen for schools accredited by NYSAIS. They were specifically intended to address the noncompliant, not schools with a track record for excellent, “substantially equivalent” curricula.

Yet the Jewish day schools, through NYSAIS, joined ranks with the yeshivas in attacking the guidelines — and they won. They argued that because the guidelines were really regulations, the department had to first receive public comments.

And so we come to today. The state of Department of Education has published guidelines designed to ensure that kids from all nonpublic schools, specifically children from the yeshivas, have a fighting chance at a minimally decent secular education. The public comment period closes on Sept. 2.

And the response of the Jewish day schools? They are sending out letters and emails asking parents to attack the guidelines. The results of their efforts (if successful) will be to help their fellow Jewish educators at the yeshivas deprive the Jewish kids at those schools of a meaningful secular education.

And the means of their efforts are specious. For example, Heschel parents received an email on July 16 alleging that the guidelines would “profoundly threaten our ability to develop our own unique and high-quality curriculum and to determine who is best suited to teach this curriculum – and how they should teach it – to our students.”

That’s not true. Those involved in this dispute know that Heschel (and The Ramaz School and SAR and Solomon Schechter) students will always have a “unique” and “high quality curriculum” with freedom to teach how they see fit because these guidelines simply guarantee a minimum standard, while Heschel and other modern Jewish day schools offer so much more.

Some of the misrepresentations being fed to the parents border on the absurd. For example, Ramaz parents received a letter dated July 11 telling them that under the proposed guidelines, their children’s test scores and report cards would become public records(!). These are scare tactics, and the claim is false: Student records are protected by the federal Family Educational Rights and Privacy Act.

Nothing is broken at these Jewish day schools that the department needs to fix, thus the school’s fears are unfounded. It will not be hard for the Jewish day schools to convince the department that all is well. It will, however, be impossible for many of the haredi, or ultra-Orthodox, yeshivas to do so. And that’s the problem the guidelines will fix.

New York City’s Jewish day schools, which provide the best Jewish and secular education that money can buy, are encouraging their parents to help kill guidelines that will make sure that the kids from the poorer and more conservative yeshivas don’t go from graduation to the welfare line. By doing so, they are asking their Jewish parents to abandon their Jewish ethical responsibilities to these yeshiva kids.

The new guidelines will not harm these Jewish day schools — but they will, in a very real way, save Jewish lives. 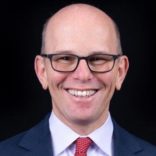 is an attorney in New York City. He was co-counsel for the Center for

Educational Equity, a party that filed an amicus brief supporting the “substantially equivalent” guidelines. (His daughter was rejected from Heschel Kindergarten eighteen years ago.)