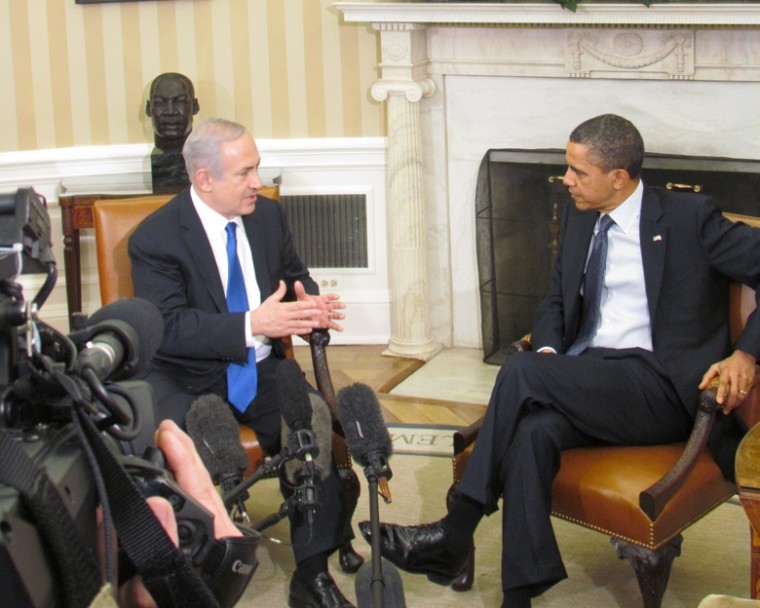 “In meetings the president had there was no such agreement proposed or reached,” the White House press secretary, Jay Carney, said at a press briefing Thursday.

When asked whether the issue was discussed in Israeli meetings with other U.S. officials, such as Defense Secretary Leon Panetta, Carney answered he had no knowledge and said, “I would refer you to other officials.”

The Israeli daily Maariv had reported Thursday that Obama promised Israel bunker-buster bombs and other weaponry which could help it strike Iran on the condition Israel not attack this year.

An Israeli official told Reuters that a request for such assistance was made around the time of the prime minister’s visit. The Israeli official, however, labeled as “unrealistic” reports that there was an agreement to give such equipment to Israel in exchange for Israel agreeing to not attack Iran this year.

A U.S. official told Reuters that military capabilities were discussed during the Netanyahu-Panetta meeting but that no agreement was reached during those discussions.