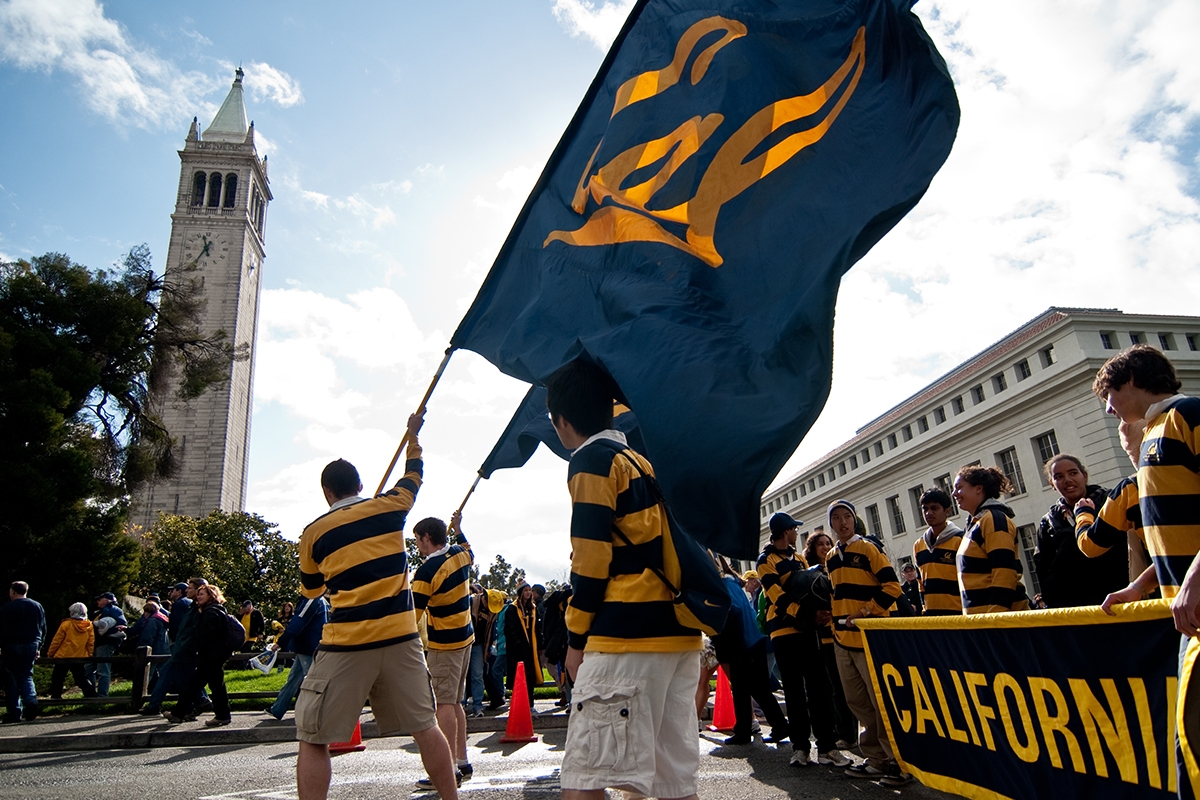 I’m tired. This is a common sentiment shared by many Jewish students across campus at the University of California, Berkeley.

Before continuing, I would like to emphasize that I am just one voice, one student in an extremely diverse Jewish community. With students ranging from Reform to Orthodox, liberal to conservative, pro-Palestine to pro-Israel, and everything in between, I could not possibly encompass every Jewish student’s unique perspective. I’m only speaking for myself and from my experiences.

As an infamously liberal university, UC Berkeley has also become increasingly pro-Palestine and anti-Israel. Don’t get me wrong, I love Berkeley and am immensely grateful for the opportunity to study here. But being a Jew on this campus is exhausting.

When I meet new people and they ask me about my extracurriculars or what I’m involved in on campus, I always wince and hesitate to admit that I am involved in Hillel and the Jewish community, afraid of how they may react. Being the best public university in the world (sorry not sorry @UCLA), the home of the free speech movement and notorious for protesting in the name of social justice, you would think that the UC Berkeley community would recognize Jewish students as a minority group who has faced a history of persecution and suffering. Yet many people view us as the oppressors, echoing the classic anti-Semitic trope that Jews are responsible for everything wrong with the world.

On many occasions, UC Berkeley students have equated Judaism with Zionism, as if our entire religious identity is based solely on our relationship with Israel, and further equate Zionism with white supremacy and settler colonialism, using these words synonymously. Most notable, claims of this nature were made at a live-streamed student senate meeting in April. Not to mention that this meeting was about senate elections and had essentially nothing to do with Israel.

This provoked other comments around the topic of Israel, such as one student claiming that the Israel Defense Forces trains American police to kill black people and that if you don’t call out your Zionist friends, you are “implicit in the oppression of Palestine and the oppression of settler colonized countries all across the world,” as well as implicit in the “prison-industrial complex,” “prison militarization” and “modern-day slavery.” You can watch the video of the entire meeting here. I’m not making this up.

It deeply disturbs and saddens me when our Jewish identities are reduced to nothing more than our politics and relationship to Israel, ignoring all of the beautiful religious and cultural nuances that come with being Jewish. To me, “tikkun olam” has always been at the core of my Jewish identity more than anything else. Heal the world. Love thy neighbor as yourself. I’ve always thought of Judaism as a peaceful, loving religion, yet here we are, being accused of violence and oppression.

Last spring, I was sitting at a popular cafe near campus, getting a coffee with my friend, telling him how excited I was to be going to Israel for the first time that summer. Having been there many times before, he shared some of his favorite memories like praying at the Western Wall and relaxing in the sun at Gordon Beach.

A girl sitting at the table next to us was listening in. After a few minutes, she turned to us and asked if she heard me correctly that I was going to Israel.

“Yes, why?” I answered, suspicious of where this conversation was going.

“Why are you going?” she asked angrily.

“For Birthright and a summer internship.” My excitement from moments prior began to fade.

“No, but why Israel? Don’t you know that by going you are supporting a murderous regime?”

“Israel is a murderous regime. Everyone in the IDF is a murderer. How could you possibly go there and give them your money knowing this?”

“You need to re-evaluate your moral compass, you’re a terrible person.” And with that she stormed off. Everyone in the cafe was staring at me, having witnessed the entire interaction.

Beyond the aggression and public humiliation, what bothered me most was that I never had the chance to speak. With all of the accusations she made, both about Israel and myself, I never got the chance to defend or explain myself. And to me, that is the root of the issue: people’s unwillingness to be open minded and hear the other side. Being so stubborn as to not even let someone voice their opinion, whether you agree with it or not, means that we are never going to progress. Nothing will get resolved this way. We need to communicate more. We need to listen more.

I have Jewish friends who are adamantly, unwaveringly 100 percent in support of Israel and in their eyes, Israel can do no wrong. On the other hand, there are people like this girl and the students from the senate meeting who are 100 percent against Israel and its existence. However, the situation in the Middle East is incredibly nuanced and complex.

In my opinion, the conflict is often oversimplified into either pro-Israel or pro-Palestine, with people (like myself) who fall in the middle being rejected by supporters on both sides. Even among the Jewish community on campus, Jewish students who acknowledge that Israel doesn’t always do the right thing are often ostracized by other Jewish students, with the argument being that Israel has enough outside criticism and doesn’t need internal criticism as well.

I believe internal criticism is exactly what both sides need. Compromise cannot exist without people admitting some flaw and attempting to see the situation from the opposite point of view. I try to understand the pro-Palestine argument of people fighting for their freedom, and I would hope people on that side would try to understand that Israel is fighting to defend itself.

My ask to everyone, Jews included, at Berkeley and around the world is to be more open-minded. Try to consider other viewpoints. Saying the conflict is complicated is a gross understatement, but at least try to learn some of the facts before forming an opinion or jumping on a pro-something bandwagon just because everybody around you is. Learn the history of it. Listen to what others have to say. Don’t just yell at someone because you assume they disagree with you and storm away without letting them speak.

Get to know me beyond what you assume my relation to Israel is because if you let me speak, you’d know that I in fact do not support murder or white supremacy. The fact that I even have to clarify that is beyond ridiculous. I’m so tired.