What can Iran hide in 24 days? Answering the questions posed by the nuclear deal 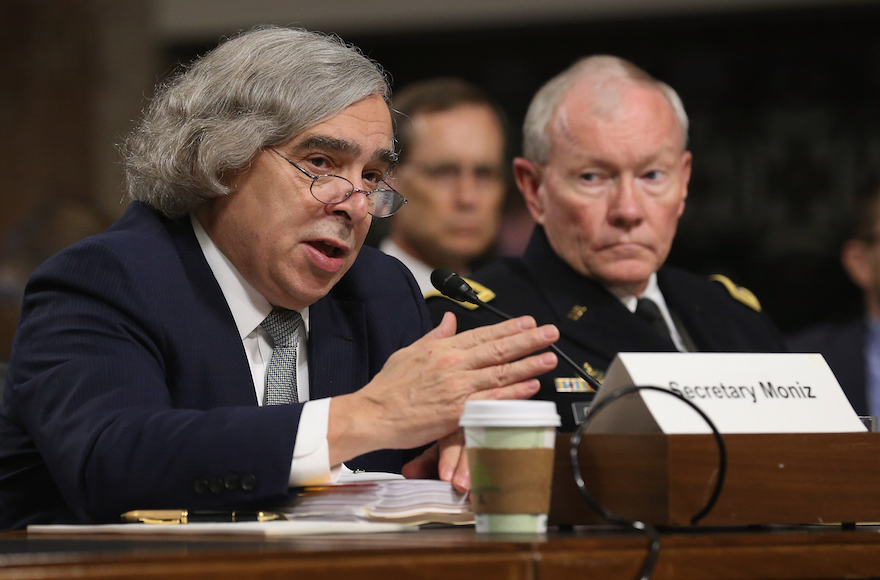 WASHINGTON (JTA) – Congress has until mid- to late September to consider whether to reject the nuclear restrictions for the sanctions rollback deal reached by Iran and six major powers on July 14. Some of the debate is over the meaning of certain provisions in the accord. Here’s a breakdown of differences in how the sides interpret parts of the deal.

All sides agree that the deal has a rigorous inspections regime for Iran’s known sites: “24/7” scrutiny, as President Barack Obama has put it, with inspectors and video monitoring.

But what happens when intelligence agencies suspect nuclear weapons activity at an unmonitored site?

Under the agreement, Iran has 14 days to work out terms to check the site in question with a joint commission composed of its own representatives  along with those from the United States, Britain, France, Germany, the European Union, Russia and China. If after 14 days terms are not agreed upon, the commission has up to seven days for a majority of its members to decide on terms of inspection. Iran must comply within three days — a total of 24 days.

Obama and his Cabinet have said that detectable signs of nuclear enrichment activity outlast 24 days — by centuries, even.

But critics say there are other activities related to nuclear weaponization that can go undetected, such as computer modeling for nuclear devices, explosives testing and the building of nuclear warheads, said Mark Dubowitz, director of the Foundation of Defense of Democracies.

“That kind of activity may not involve actual enrichment where there would be traces of uranium to detect,” he told JTA.

Additionally, a small centrifuge plant with advanced centrifuges in a containment system could be rapidly moved without leaving traces, according to Senate testimony given Tuesday by David Albright, a former U.S. nuclear inspector who is now president of the Institute for Science and International Security.

Deal proponents say the mining and transportation of the uranium needed for a contained enrichment site would be impossible to hide, given the numerous monitoring and verification choke points. Additionally, Iran has little to gain from such small-scale cheating like testing explosives, said Alireza Nader, an Iran analyst with the Rand Corp.

Among the agreement’s provisions aimed at ensuring nuclear safety is “cooperation through training and workshops to strengthen Iran’s ability to protect against, and respond to nuclear security threats, including sabotage, as well as to enable effective and sustainable nuclear security and physical protection systems.”

But Daryl Kimball, president of the Arms Control Association, says that is not the intention of the provision. Rather it’s meant to maintain security at civilian nuclear sites so terrorists can’t access them or steal equipment for other countries. The provision does not oblige the United States to avoid sabotage operations like Stuxnet, the computer virus believed to have been designed by Israel and the United States that wrecked Iran’s centrifuges in 2010.

But Dubowitz says the wording may give Iran legal cover to solicit assistance from other countries, such as China, in stopping cyber attacks.

“It’s not clear from the agreement,” he said.

Soleymani, the general in the Iranian Revolutionary Guard Corps whose Quds force is believed to have trained Hezbollah and helped carry out some of the worst Assad regime atrocities during the ongoing Syrian civil war, has appeared on a broad array of sanctions lists since 2007. In the agreement, he appears on a long list of entities and individuals to be removed from “nuclear-related” sanctions lists.

Critics say that this and other delistings open up the floodgates to global financial activity by the Revolutionary Guard.

Deal defenders note that Soleymani still appears on multiple lists, in the United States and elsewhere, sanctioning him for terrorist activity.

“The United States has a lot of leverage on that person,” Kimball said.