What are the options to derail Palestinian statehood at the U.N.? 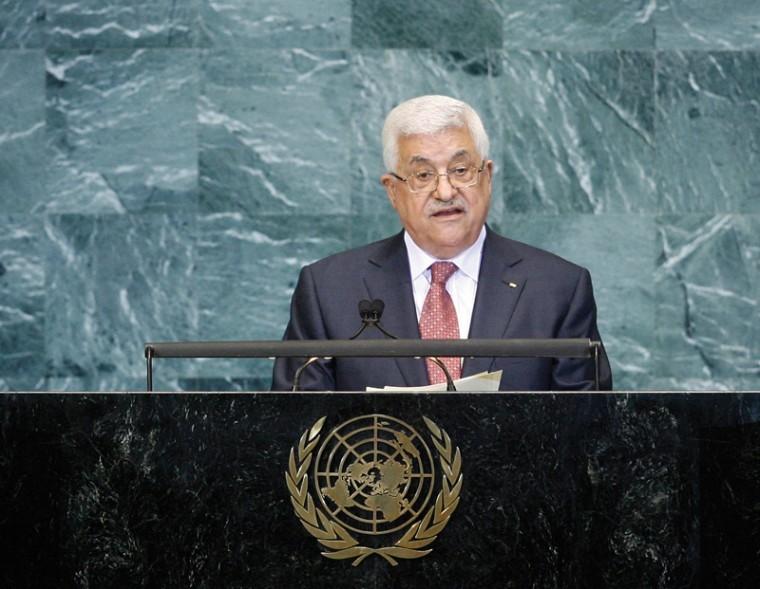 That’s what Obama administration officials are telling Jewish officials looking ahead to September, when the Palestinians are expected to press for statehood recognition through the U.N. General Assembly.

“There is a building momentum to move in September in New York to recognize a Palestinian state,” Dennis Ross, the top White House Middle East policy official, told Jewish leaders in a May 26 conference call. “The way you head that off is by showing a credible alternative.”

The thinking behind President Barack Obama’s May 19 Middle East policy speech, in which the president said that it was U.S. policy to negotiate on the basis of the 1967 lines with mutually agreed swaps, was to give the Obama administration needed ammunition to persuade the Europeans not to buy into recognition of Palestinian statehood, Ross said.

“The audience here was an international audience,” he said. “The choice was to stay where we were and the result would be dramatic or worse, or to try and get in front of that train and try to redirect it.”

The United States is working on several strategies to derail the Palestinian plan to obtain recognition of statehood at the United Nations.

First, there is the effort to convince European allies to vote against it, so the United States would have more partners voting against the bid in the Security Council and to establish a moral alliance – the Europeans are seen as a moral force in the international community – against unilateral statehood. Only votes in the Security Council, not the General Assembly, carry the force of international law.

Among the European Union’s leaders, Germany and Italy are committed against statehood recognition, but France and Britain are wavering.

German Chancellor “Angela Merkel shares the position of President Obama that only through negotiations will you get a stable situation and a two-state solution that is sustainable,” said Lars Hansel, the director of the Washington office of the Konrad Adenauer Stiftung, a German think tank. “She is not necessarily mainstream, since [French President Nicolas] Sarkozy and [British Prime Minister David] Cameron have flirted with support for a Palestinian bid.”

But Obama’s speech may have nudged Britain and France away from recognizing a Palestinian state, according to a senior European official attending the G-8 summit last week in Deauville, France, where Obama consulted with the leaders on Middle East talks.

The official, who asked not to be named under his government’s rules of speaking to journalists, said follow-up is critical

“Obama’s speech is considered important and courageous,” the official said. “We need now to try looking at concrete steps that could be implemented from now until September.”

European nations are seen as key. The combined opposition of the European Union’s 27 states and the influence they have among some developing world nations could help keep a resolution on Palestinian statehood from reaching the Security Council or from obtaining a two-thirds majority in the General Assembly.

Another option to derail statehood recognition would be to get the Israelis and Palestinians back to the negotiating table.

“The first thing that can happen is that there will be a political initiative, a diplomatic initiative on the part of the Israelis, despite Netanyahu’s rhetoric, that might be the basis for new negotiations,” Hansel said, noting support for an initiative from a diverse array of an Israeli parties, including those in the government, like Yisrael Beiteinu and Labor, and in the opposition, like Kadima.

But Israeli Prime Minister Benjamin Netanyahu’s decision not to introduce any new initiative in his speech to Congress last week is a sign that nothing new is forthcoming.

Netanyahu had been under some pressure to make some sort of gesture until the the Palestinian Authority’s announcement a month ago that it was entering a unity pact with the terrorist group Hamas. That and PA President Mahmoud Abbas’s steadfast refusal to negotiate with Israel has kept some of the pressure off Netanyahu.

Abbas has said he will not sit down and negotiate with Israel unless a Jewish settlement freeze in the West Bank is implemented first.

A third option for derailing statehood recognition at the United Nations would be to change the wording of the resolution so that it stops short of unilateral statehood – for instance, by conditioning recognition for Palestinian statehood on a negotiated outcome.

“The Security Council resolution could be worded in a way that even the Israelis can support it,” Hansel said.

Netanyahu has made clear that he is relying on a U.S. veto in the U.N. Security Council to block Palestinian statehood.

But Netanyahu’s sanguine approach ignores two factors, insiders warn. First, there’s the diplomatic damage that would accrue should the United States veto a widely popular resolution. That could affect Israel, the United States and any other countries voting against.

Then there is the possibility that the Palestinians and their supporters will use the rarely invoked Uniting for Peace option, which allows the General Assembly to override the Security Council with a two-thirds vote.

First used to override a Soviet veto against action during the Korean war, Uniting for Peace protects from legal repercussions those countries that join in an action not sanctioned by the Security Council. It was used in the 1980s to protect countries that sanctioned South Africa from being sued under international trade laws.

The option has been used just 10 times in the body’s history, but the Palestinians have indicated that they will seek its invocation. They have won recognition from 112 states and are working to get 135 – the two-thirds majority – by September.

That does not necessarily negate what would be the deleterious effects on Israel of a Uniting for Peace resolution recognizing Palestine, pro-Israel groups have said. The resolution would provide legal cover to nations wanting to treat “Palestine” as a state, allowing sanctions and lawsuits against Israel to go forward.

In his May 26 call with Jewish leaders, however, Ross made clear that the Europeans expect more from Netanyahu right now.

“One of the things we’re dealing with is that they don’t believe the prime minister of Israel is serious,” he said. “We say we don’t buy that, but that by itself has not been sufficient to persuade them.”