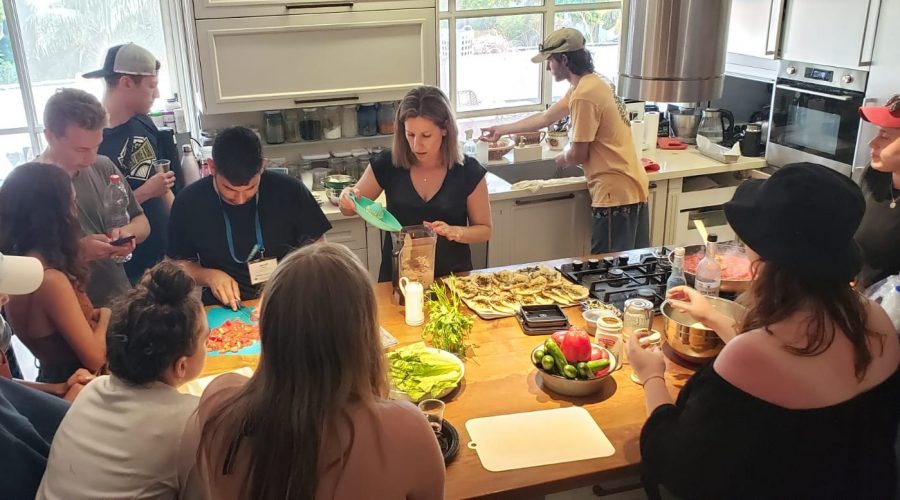 JERUSALEM – When Jack McCormack signed up for a Birthright trip several months ago, he looked forward to visiting Israel’s holy, historical and cultural sites.

More than anything, though, McCormack, 26, was eager to spend time with young Israelis on his first-ever visit to the country.

During the trip in mid-July, three Israeli peers — all soldiers — accompanied the American visitors for the entirety of the 10-day itinerary. One was an officer in the Iron Dome anti-rocket defense unit, and the Israel Defense Forces permitted the group to visit an Iron Dome battery — an exceedingly rare opportunity that even Israeli civilians aren’t afforded, much less tourists.

The officer was McCormack’s roommate during the trip.

“It was really fascinating. He told us what it’s like to be in the unit on a day-to-day basis,” McCormack said, noting the critical role the officer’s unit had played in intercepting many of the 4,000 rockets Hamas launched into Israel in May during the most recent conflict between Hamas and Israel.

“Being in Israel with Israelis has been the most rewarding part of this trip,” said McCormack, who is from Manhattan. “It allowed us to get more than a tourists’ view of Israel. We were able to break bread together and form a personal connection. I’ve become quite close with all of them, to the point that I feel they’re almost like family now.”

One of the cornerstones of Birthright’s mission to help young Diaspora Jews strengthen their Jewish identity and connection to Israel is facilitating interactions between trip participants and their Israeli peers as they tour the country together.

Participants from abroad said some of their most memorable encounters occurred during “hospitality experiences,” where Israeli participants bring the Diaspora Jews into their own homes, workplaces or army bases to offer a more authentic view of what their personal lives are like.

In one facilitated experience, the father of an Israeli participant provided a guided tour of his workplace, OrCam, a Jerusalem-based medical technology company that is pioneering wearable technology for people who are blind or partially sighted. In another instance, a Druze Israeli participant brought the group to his home so they could learn about Druze culture.

Zach Simpson, a 21-year-old from Denver whose adventure-focused Birthright trip involved rappelling, snorkeling and rafting, said visiting the home of one of the Israelis on his tour was a high point of his trip.

“He and his family opened up their home to us,” Simpson said. “There was a cooking demonstration, an explanation of the different cuisines popular in Israel, and we learned things like how easy it is to make humus and other foods so we can make them at home. And then we had a huge feast.”

Visiting an Israeli home allowed him to see a “different side of Israel,” Simpson said. “It was meaningful to see how people live in their day-to-day lives and how tight-knit families are.”

The Israelis on the Birthright trips aren’t escorts but full participants. Since Birthright was established in 1999, nearly 120,000 Israeli soldiers, university students and young professionals have participated in the group’s tours. The organization’s emphasis on “mifgashim” —encounters — enables the Israelis to meet and learn about Diaspora Jews, often for the first time.

Whereas during Birthright’s early years young Israelis joined trips just for a few hours, since 2007 Birthright has been embedding Israelis on the trips for five to 10 days. Just how long depends on participants’ ability to obtain leave from the army, the university they attend or their place of employment. 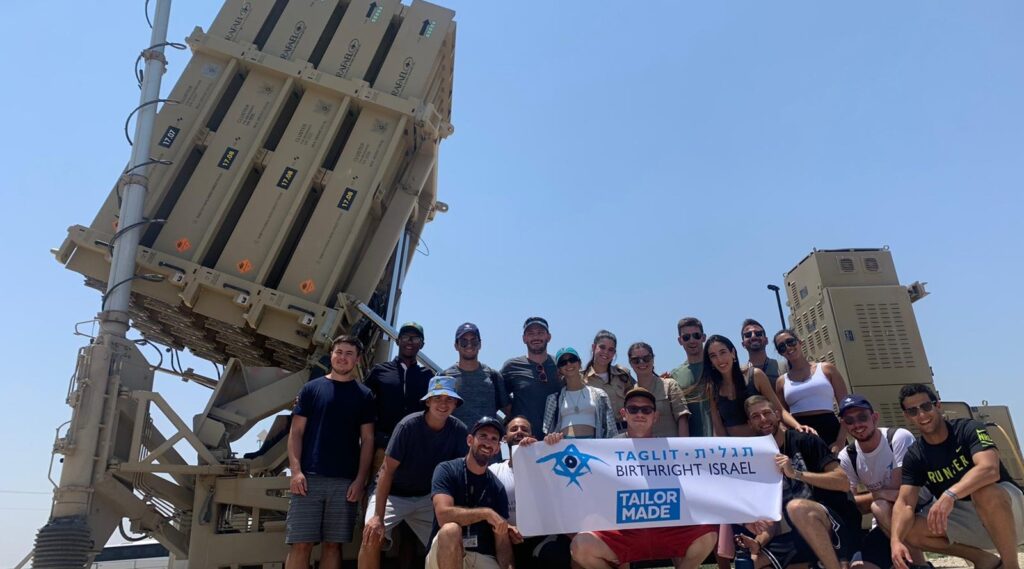 On a Birthright trip in July, participants visited an Iron Dome anti-rocket battery where one of the trip’s Israeli participants does their army service. (Maor Kopelman)

Prior to the pandemic, eight Israelis joined every group. Since Israel reopened to tour groups in May, no more than 30 diaspora participants are allowed on a bus, along with three or four young Israelis, due to strict Covid guidelines.

“Our goal is to know each other,” said Ofira Bino, Birthright Israel’s Mifgashim director. “On a Birthright trip we are all one group, not a Diaspora group.”

For many Israeli participants, the experience of seeing their country alongside their Diaspora Jewish counterparts is as meaningful and transformative as it is for the Diaspora participants.

“Israelis need Birthright no less than the participants from abroad,” Bino said. “Israelis tend to take Israel for granted. But on the trip they see their country through the eyes of Diaspora Jews. They ask the Diaspora participants questions and begin to think about what it means to live as a Jew in the Diaspora and in Israel.”

An IDF sergeant named Shiri, an Iron Dome soldier who spent 10 days recently with a group of American Birthright participants, said it was a remarkable experience.

“It was amazing seeing Israel through their eyes,” said the soldier, who could not share her last name due to the IDF’s security restrictions.

After the Americans on the trip talked to her about the rising antisemitism in the US, Shiri said, “now I think I understand how important it is to have a Jewish country and to serve in the IDF. It’s important to protect our country for Israelis and Jews around the world, so they will have a place if they need it.”

Shiri added, “I realized that we are the same, we want the same things. Everyone wants to live in peace and that our families will be safe, whether from antisemitism in America or terrorism in Israel.”

About 70% of Birthright trips offer a “hospitality” experience connected to the Israeli participants or their families.

Ofek Preis, 20, who was born in Israel but moved to the United States a decade ago and goes to college in New Paltz, New York, said visiting an Israeli home on the trip prompted an epiphany for her.

“I lived on Long Island and it’s very Jewish and very Israeli,” Preis said. “Still, I’ve felt a disconnect with my Israeli roots. Being able to go on this trip and be welcomed with open arms, in an Israeli home, talking to Israelis — I felt at home again. I realized that this is our place. We are welcome here, no matter how disconnected we feel or how ‘Jewish’ we are.”