On Thursday, three soldiers performed a simulation for JTA of rescuing a sinking vessel. Over the course of about 15 minutes, they fought off the water rushing into the “flooding simulator” at the Navy Training Base in Haifa.

“It’s an essential part of the training process, and tests a few different things in soldiers — their professional abilities, their mental abilities and most importantly their ability to work under pressure,” Maj. Omri Levy, the commander of the base’s engineering school, told JTA.

“Ships don’t sink very often, but it’s one of the thing they need to be prepared for.”

Navy soldiers are tested by the simulator several times during their basic training, Levy said. Their first attempt is in in the middle of the night, he said, and some panic under the pressure.

The soldiers chosen for Thursday’s performance were experienced. Working together in uniforms and hardhats, they calmly staunched the flooding of the steel tower, which is rigged so that water can be pumped through holes in the walls and piping. They blocked the holes with scraps of cloth, ropes and pieces of woods, all of which could be found on a real-life ship.

But even the best soldiers cannot keep the water out indefinitely. The goal is just to buy as much time as possible, which is real life would hopefully allow time for a rescue ship to arrive. 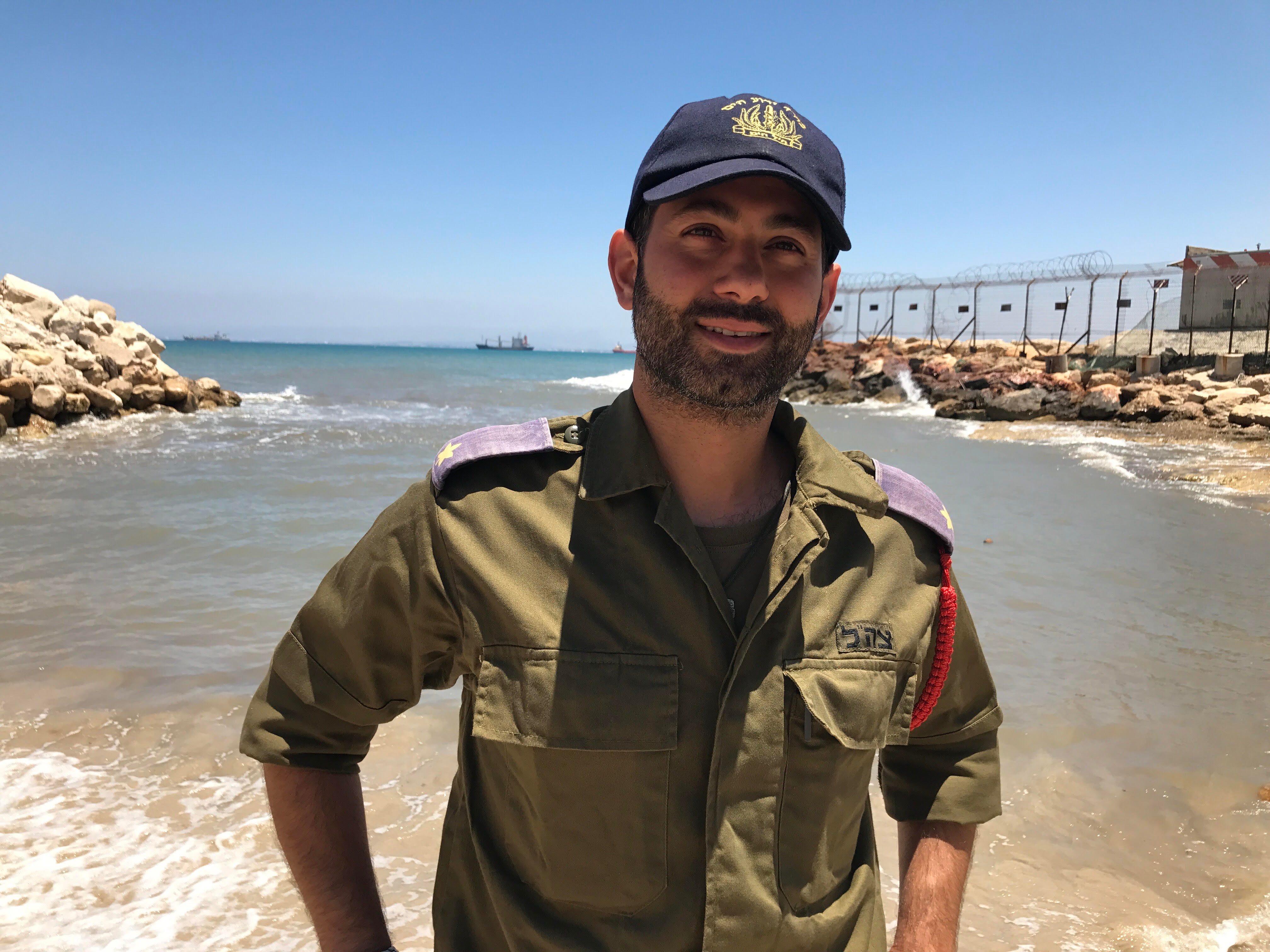 According to Levy, much of basic training involves exercizes in seeming-futility. He recalled that during his officer course he and the other trainees were woken up after a few hours of sleep and ordered to run a lap on the base in 2 minutes. When they failed, they were ordered to do it with their gear on. When they failed again, they were order to jump in the ocean and do it a third time.

Yet somehow — cold, wet and laden with gear — they eventually managed to run the lap in 2 minutes, or at least close enough to be allowed to return to their barracks. The key, Levy said, was to help the slowest soldier finish in time.

All Israelis who serve in the army learn that they have to rely on each other. But this lesson is particularly important in the Navy, where soldiers sometimes serve crammed onto missile boats and submarines for weeks at a time.

To add to the pressure, ships are among Israel’s most advanced and expensive war machines, with some reportedly carrying nuclear weapons. And whereas Israel’s land borders are protected by an expanding network of physical barriers, the Navy is the first line of defense for Israel’s 170-mile coastline.

Asked why he had volunteered to be a Navy officer, which requires a 10-year commitment, well beyond the few years most Jewish men in Israel serve, Levy said he felt he had no choice.

“Maybe it’s something about how I grew up,” he said. “I just want to give everything I can [to the army], and this was my calling.”

When the water in the simulator reached chest level, a commander shut off the spigot. The soldiers climbed up a ladder and out into the midday sun, soaking wet and breathing heavily. They had done well, the commander said. Rescue may have arrived in time.