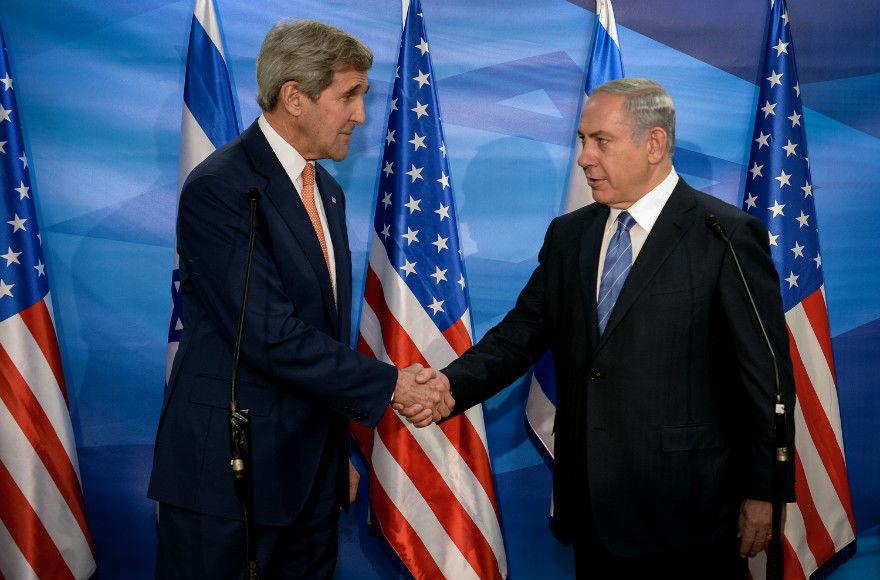 Israel’s Justice Ministry had asked for permission to question former Secretary of State John Kerry and the former U.S. ambassador to Israel Dan Shapiro in the so-called Case 1000, Haaretz reported Wednesday. Case 1000 alleges that Netanyahu received expensive gifts from supporters in return for advancing their interests, including cigars and champagne from the Israeli-born Hollywood producer Arnon Milchan.Netanyahu is suspected of helping Milchan obtain a 10-year U.S. visa after a prior visa was revoked.In February, police recommended that Netanyahu be indicted. Police also have recommended to the attorney general that Netanyahu be indicted in two other corruption investigations against him.An unnamed Israeli legal source told Haaretz that there would be no effort to overturn the U.S. refusal to permit the questioning of Kerry and Shapiro.Netanyahu first contacted Shapiro in 2014 to ask him to help Milchan to obtain the visa, Haaretz reported. The Israeli daily also reported that Netanyahu spoke by phone to Kerry on the subject at least three times between the end of 2013 and the spring of 2014.