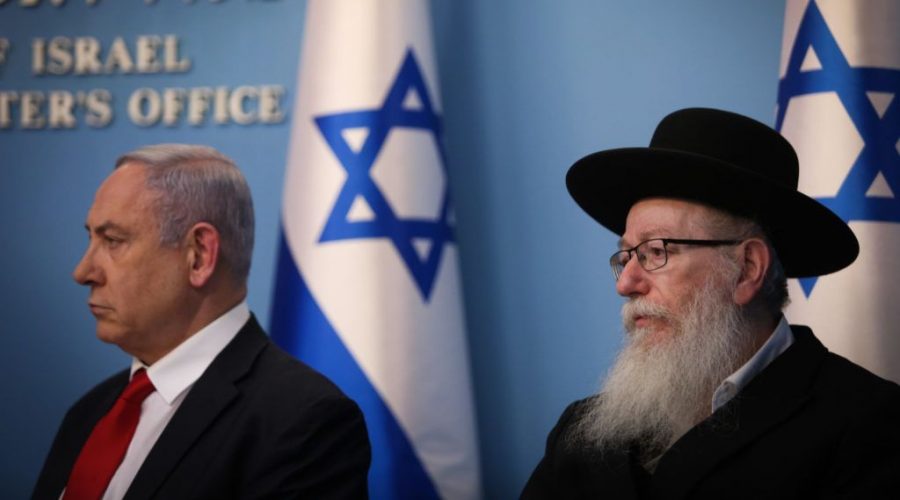 JERUSALEM (JTA) — After recovering from COVID-19 himself, Israel’s controversial health minister, Yaakov Litzman, has informed Prime Minister Benjamin Netanyahu that he intends to resign after nearly a decade in that position.

Litzman has instead asked to run Israel’s housing ministry, saying in a statement that that time was right for him to make such a change. All ministry leadership positions must be reviewed by the new government formed last week.

Litzman generated controversy and even calls for resignation earlier this month following reports in the Hebrew press claiming that he had contracted the virus after attending an illicit prayer gathering of the sort that had been banned by his ministry. He has since recovered, and the country has begun lifting some restrictions designed to slow the spread of the disease.

An adherent of the Ger Hasidic sect, Litzman reportedly was instructed by Rabbi Yaakov Aryeh Alter, head of the sect, to move to the housing ministry. Litzman also asked to run the Israel Lands Authority and the Planning Administration, which is overseen by the housing ministry but run separately. The authority allocates land for housing, including affordable housing and public housing of the type that is needed by the country’s growing haredi Orthodox population.

Whoever fills the health ministry position will be responsible for steering Israel through the next phase of the pandemic. The Blue and White party, which joined an emergency government in an effort to combat the coronavirus crisis with a united front, reportedly will call for a health expert to fill the role.

Israel’s Channel 12 first reported Litzman’s request to resign, which he sent to Netanyahu late Thursday and confirmed on Sunday. He is believed to have waited to submit his resignation until the coronavirus situation stabilized in the country to reduce criticism, the channel reported.