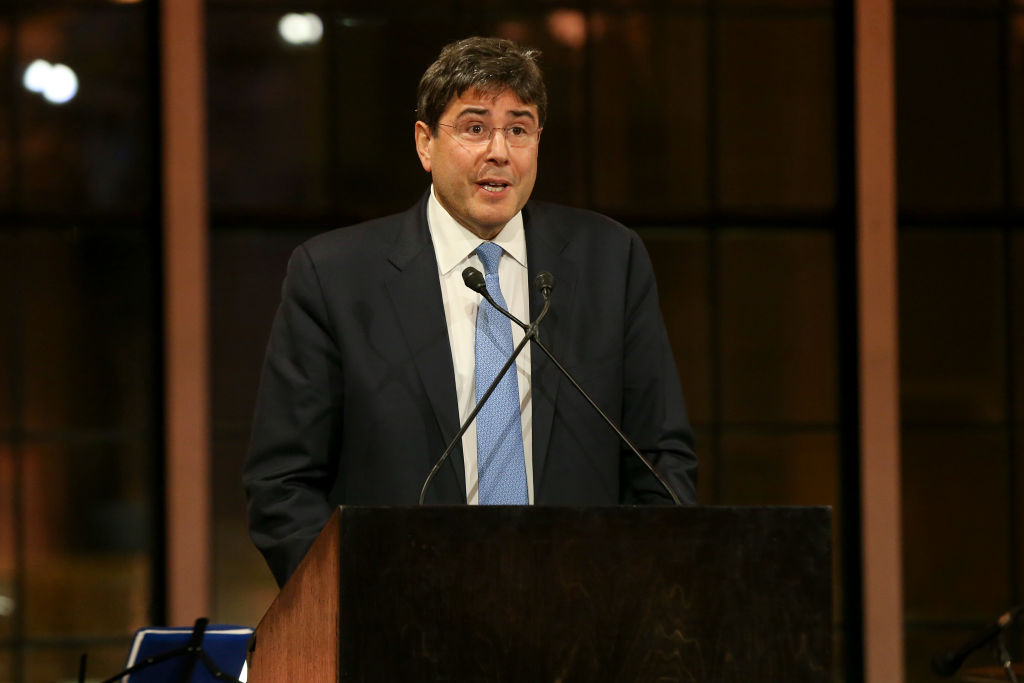 (JTA) – In the  past few months, UJA-Federation of New York has awarded millions of dollars in emergency grants to help organizations survive the COVID-19 pandemic.

Now it’s joining the ranks of organizations having to let go of its own staff members as it anticipates declining donations. And its CEO, Eric Goldstein, will forgo a salary for the coming year as one of the largest nonprofits in New York City figures out how to navigate the fiscal crisis.

In total, 54 employees are losing their jobs and no open positions will be filled, the organization announced Wednesday. The cuts amount to a 12% reduction in the size of the staff.

The cuts, which Goldstein announced in a note to staff, came as a result of a projected drop in donations and revenue in the coming fiscal year.

“We expect our major donors to continue generously supporting our work – at a time when our mission has never been more urgent,” he wrote. “However, given the current environment, we nonetheless project a significant drop in FY’21 fundraising (and potentially beyond), particularly because it will be many months before we expect to resume large in-person events and missions – critical drivers of our annual revenue.”

Goldstein, who joined the organization as CEO in 2014, earned a salary of $546,000, with his total compensation coming to $884,000 in 2018, the last fiscal year for which tax filings are available. In addition to Goldstein’s decision to forgo a salary, senior executives at the federation will take pay cuts of 10%, while other higher-paid members of the staff and management teams will have their pay reduced by 3-5%.

The cuts come as federations across the country struggle amid the pandemic and its financial consequences. Jewish Federations of North America, an umbrella organization working with nearly 150 local federations, announced layoffs of its own last month, and its CEO said he was taking a 10% pay cut.

UJA-Federation of New York raises funds to support Jewish causes and organizations primarily across New York City. The organization disbursed over $166 million in 2019.