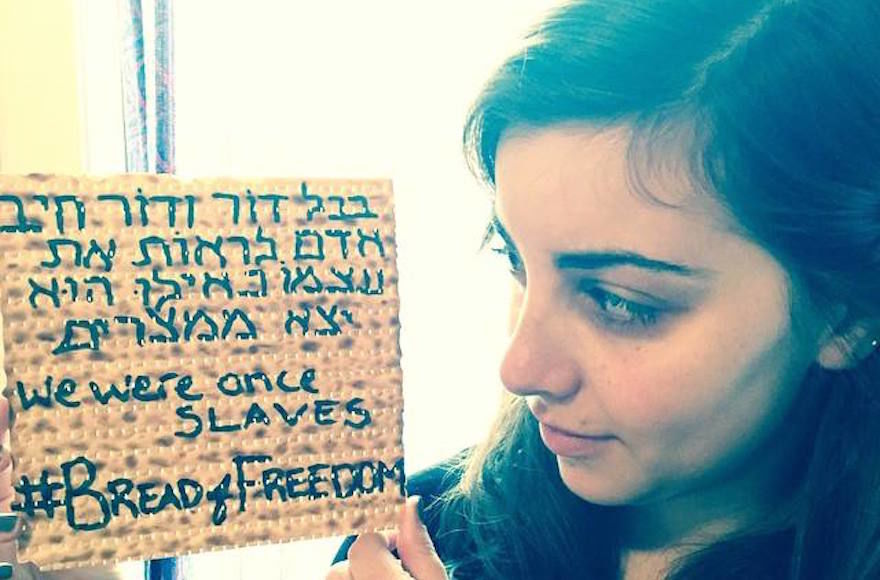 JTA
JERUSALEM (JTA) — Two American-Jewish activists who live and work in Israel were detained for more than three hours at Egypt’s border with Israel.

Simone Zimmerman and Abby Kirschbaum were returning from a weekend in the Sinai with a group of friends. They both reside in Israel and carry type B1 work visas registered with Israeli nonprofit human rights organizations.

Zimmerman said in a series of tweets that she was questioned by the agents from the Israel Security Agency, or Shin Bet and that they asked her why she came to Israel to work with Palestinians as opposed to with Jews.

She also told Israeli media that the security agents asked her about what places she has visited in the West Bank and what she thinks about Prime Minister Benjamin Netanyahu.

Zimmerman, a founding member of the IfNotNow organization, served for a short time as Jewish outreach coordinator for the 2016 primary campaign of Bernie Sanders. She was fired over a Facebook post in which she used vulgar terms to describe Netanyahu and called him a murderer.

“The scariest part of this wasn’t the fear that they would deport us. We had teams of people making calls and advocating for us, ready to raise hell. And the truth is that for Jews in the Jewish state, we still hold a ton of privilege. The scariest part is the horrifying realization of how badly the Israeli government wants to scare Jews away from Palestinians. They are using all tactics to make the cost of knowing & working with Palestinians so risky that we won’t dare to do it at all,” Zimmerman said in a statement.

“The level of surveillance and intimidation we experienced tonight was unsettling, but it is a fraction of the lived reality for the Palestinians I know and am proud to work with,” Kirschbaum said.

In July, Israel denied entry to Jewish-American activist Ariel Gold, who is active in the social justice NGO CodePink, because of her work with the BDS movement, despite having a valid student visa. Also last month, prominent Jewish philanthropist Meyer Koplow, chair of Brandeis University’s board of trustees and a longtime donor to pro-Israel causes, says he was aggressively questioned by Israeli airport security before leaving the country after going on a Jewish tour of Palestinian areas of the West Bank.

Well, here we go… I’m at the border after a weekend in Sinai and Israeli authorities have detained me and my friend Abby for the last three hours. We are being questioned solely about our political opinions and activities vis a vis Palestinians esp in the occupied territories