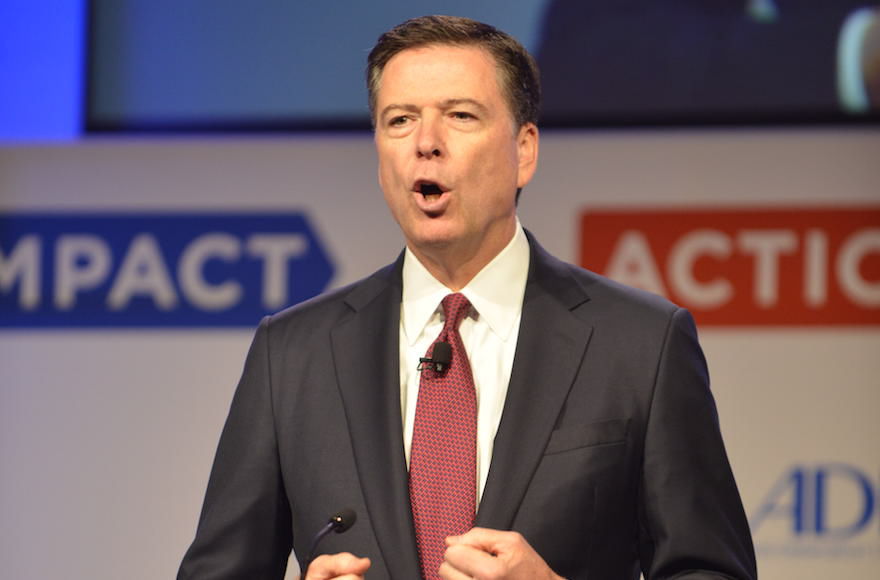 In a statement from the press secretary late Tuesday afternoon, the White House said Comey’s firing “will mark a new beginning” for the FBI. The statement said the search for a new FBI director will begin immediately.

In a memorandum commenting on Comey’s firing, Deputy Attorney General Rod J. Rosenstein said the “FBI’s reputation and credibility suffered substantial damage” over the past year. The letter chided Comey for his conclusion, announced at a news conference on July 5, 2016, that as Secretary of State Clinton demonstrated no criminal intent in her handling of classified emails and thathe was closing the case against her.

“I do not understand his refusal to accept the nearly universal conclusion that he was mistaken,” Rosenstein wrote.

Rep. Jerrold Nadler (D-NY) rejected the contention that the firing owed to Comey’s handling of the Clinton case, linking it instead to the FBI’s ongoing investigation into alleged contacts between Trump campaign aides and Russian operatives.

“Don’t be fooled, this is about Comey investigating #TrumpRussia. Trump’s justification is nothing but pretext to stop investigation,” Nadler tweeted.

Don’t be fooled, this is about Comey investigating #TrumpRussia. Trump’s justification is nothing but pretext to stop investigation. https://t.co/Jq7vnVuxIf

During the Senate committee hearing on May 3, ranking committee member Sen. Dianne Feinstein, D-Calif., asked why Comey felt it was necessary for the FBI director to reveal on Oct. 28, less than two weeks before the presidential election, that he was set to reopen an investigation into whether Clinton, the Democratic nominee, had criminal intent when as secretary of state she conducted government business through private email.

Comey explained there was evidence that new emails from Clinton could be found on a laptop seized from Weiner, the Jewish former congressman who resigned in a sexting scandal and now is under investigation allegedly for sexting with a minor. Included were emails from a private Clinton email account that the FBI had yet to access, Comey told Feinstein, explaining that the emails had come from Abedin.

Comey said that Abedin was forwarding hundreds of thousands of emails, some with classified information, to her husband to print out for her.

Pro-Publica and The Washington Post, citing unnamed FBI officials close to the investigation, reported Tuesday that Abedin occasionally forwarded a small number of emails to her husband for printing and that none were marked classified, though a small number were later deemed to contain classified information.

Comey said the FBI found no basis for concluding that Abedin or Weiner had acted with criminal intent.

On Monday, Comey addressed the Anti-Defamation League at their conference in Washington, calling for improvements in how law enforcement reports hate crimes.

“We must do a better job of tracking and reporting hate crime to fully understand what is happening in our country so we can stop it,” he told the group’s annual Washington, D.C., conference on Monday. “Some jurisdictions do not report hate crime data.”