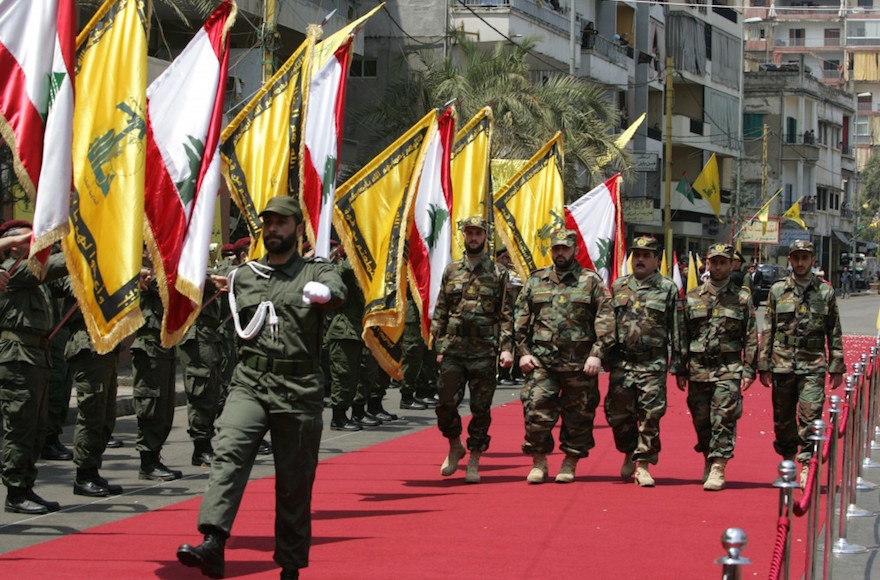 Released Hezbollah prisoners marching in a parade in their honor in Beirut, 2008. (Salah Malkawi/Getty)

In addition to Hezbollah, four Latin American criminal gangs and drug organizations were added to the list.

“The day I was sworn in as Attorney General, President Trump sent me an executive order to dismantle transnational criminal organizations — the gangs and cartels who flood our streets with drugs and violence,” Attorney General Jeff Sessions said in announcing the designations.

Hezbollah has allegedly run drug-running and terrorist operations in East Asia, Europe and Latin America, in addition to the Middle East, where it figures as a significant ally of Iran. Hezbollah launched a war against Israel in 2006 and has been building up its missile capacity since them.