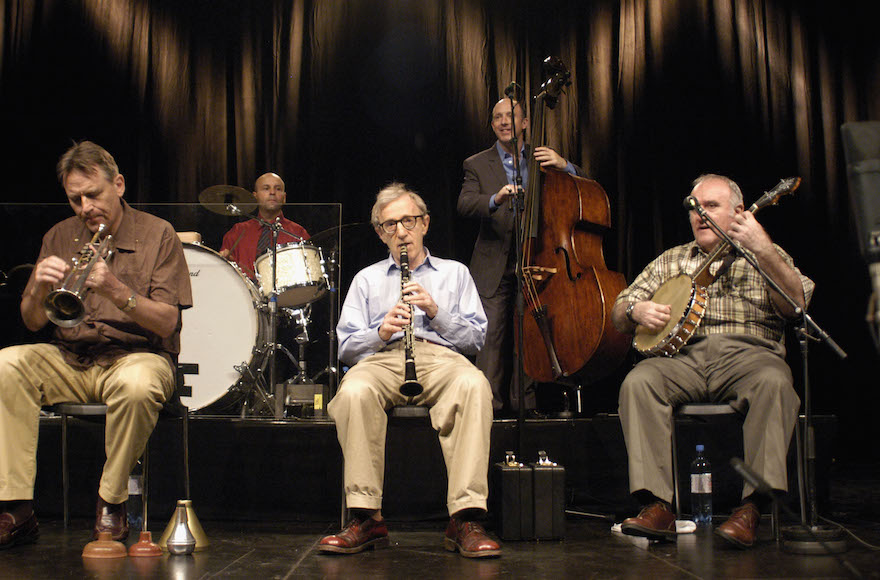 (JTA) — Two topless women interrupted a jazz concert in Germany featuring Woody Allen protesting allegations that he sexually assaulted his adoptive daughter when she was 7.

On Tuesday evening, the women stormed the stage at a Hamburg concert venue where the Jewish-American filmmaker was performing with his New Orleans Jazz Band, according to The New York Times.

“Stop the culture of silence!” they shouted.

Security personnel removed the women and Allen, who plays the clarinet, continued to perform, The Times reported, citing SHZ. The women had writing painted on their upper bodies suggesting an affiliation with the feminist group Femen, which stages topless protests.