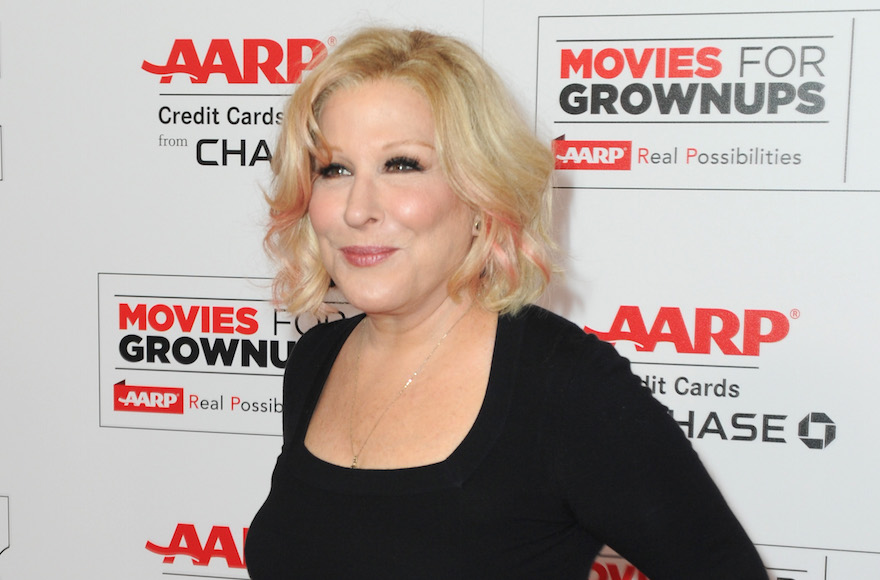 NEW YORK (JTA) — “Oslo” and “Indecent” were nominated for Tony Awards for best play, and Bette Midler heads a slew of Jewish talent up for Broadway theater’s top honor.

“Oslo” chronicles the back-room talks that led to the 1993 Oslo Peace Accords between the Israelis and the Palestinians. “Indecent,” written by Pulitzer Prize winner Paula Vogel, tells the story behind the production of “God of Vengeance,” a Yiddish play that was banned in New York in 1923 for depicting a lesbian relationship.

In the nominations handed out Tuesday, Midler was tapped for best leading actress in a musical for her performance in a revival of “Hello, Dolly!” as the widowed matchmaker Dolly Levi — a role made famous in the original 10-time Tony winner by Carol Channing and in the 1969 film by Barbra Streisand. The revival garnered 10 nominations overall, two fewer than “Natasha, Pierre & the Great Comet of 1812,” which is based partially on Tolstoy’s “War and Peace.”

The Grammy winner will be competing with Patti Lupone, the non-Jewish Broadway veteran who was nominated for playing Jewish cosmetics maven Helena Rubenstein in “War Paint.” The musical depicts the rivalry between Rubenstein and Elizabeth Arden.

“Dear Evan Hansen,” which was written by Steven Levenson to a score co-written by Benj Pasek, was tapped for best musical, best book of a musical and best score. Pasek won an Academy Award in February with co-writer Justin Paul for the lyrics to the blockbuster film “La La Land.”

Ben Platt, who plays the protagonist in “Dear Evan Hansen,” was nominated for best leading actor in a musical.

Brandon Uranowitz was nominated for best featured actor in a musical for his performance in a revival of “Falsettos.” He was nominated in the same category in 2015 for “An American in Paris.”

The score for “Come From Away,” written by the husband and wife duo David Hein and Irene Sankoff, was nominated for best score. Their last musical project was called “My Mother’s Lesbian Jewish Wiccan Wedding.”

The Tony Awards will be handed out June 11 at Radio City Music Hall.