Tombstones with swastikas are ‘historic resources’ and will not be changed, VA says 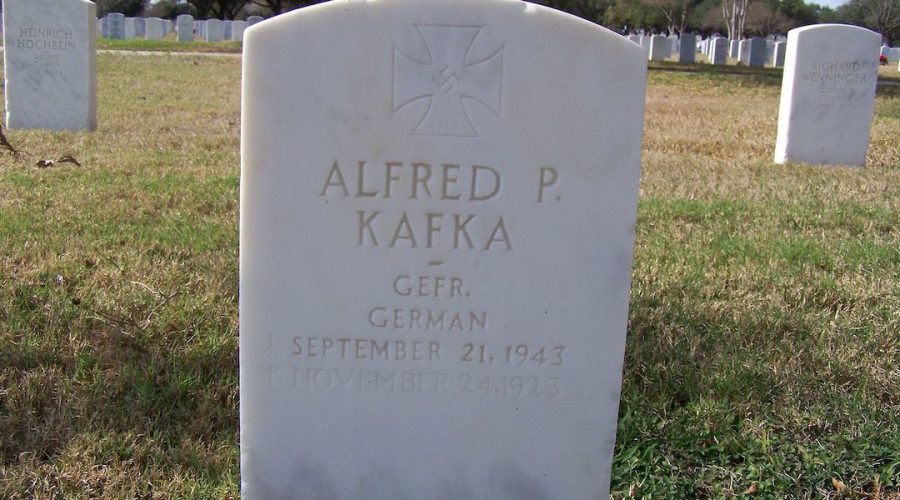 One of the graves at the Fort Sam Houston National Cemetery that bears a swastika. (Michael Field/Wikimedia Commons)

WASHINGTON (JTA) — The Veterans Administration will not replace three tombstones inscribed with swastikas in its military cemeteries, calling them “historic resources.”

A group that advocates for religious freedom in the military on Monday called on the VA to replace two World War II-era POW headstones in Fort Sam Houston National Cemetery in San Antonio, Texas, inscribed with swastikas inside a German cross, and the phrase, “He died far from his home for the Führer, people, and fatherland.” Führer was the title Adolf Hitler assumed for himself.

Replying Tuesday to a Jewish Telegraphic Agency query, Les’ A. Melnyk, a VA spokesman, said the agency was aware of the two headstones, as well as a third at Fort Douglas Post Cemetery in Salt Lake City with the same inscription. He described Hitler as a “divisive historical figure.”

“The National Historic Preservation Act of 1966 assigns stewardship responsibilities to federal agencies, including VA and the Army, to protect historic resources, including those that recognize divisive historical figures or events,” Melnyk said. “For this reason, VA will continue to preserve these headstones, like every past administration has.”

The Military Religious Freedom Foundation, which issued the call Monday, after a retired officer alerted the group to the tombstones’ presence in the San Antonio graveyard, said the VA response fell short.

Mikey Weinstein, the group’s president, noted in an interview that in recent years Democratic and Republican state and local governments have removed Confederate symbology.

“That is a non-reply reply,” Weinstein said, adding that his group was exploring legal action to replace the tombstones.