To fight radical Islam, France is limiting religious freedoms — with the blessing of its Jewish minority 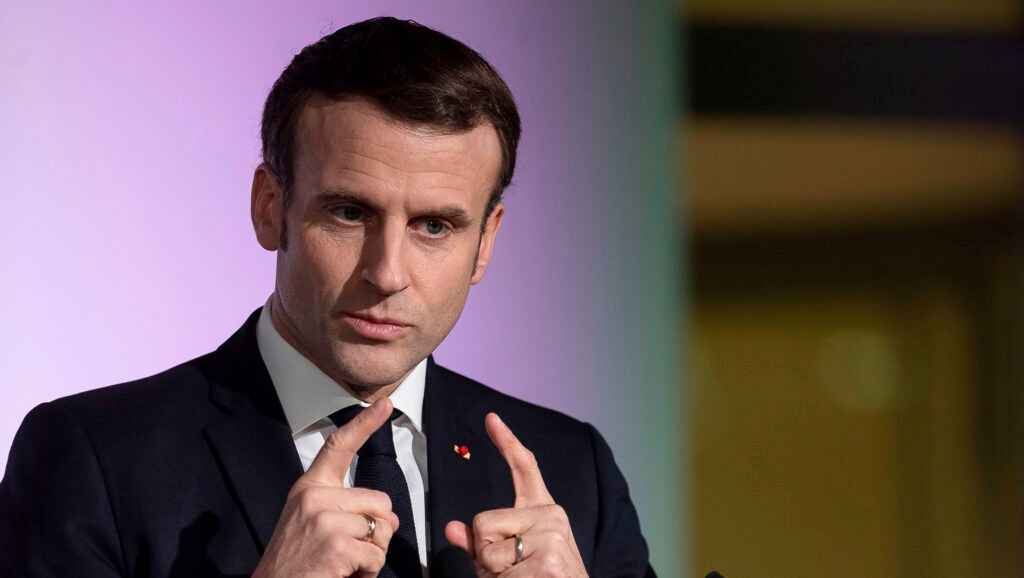 (JTA) — As the French government rolls out a controversial plan that amounts to its most robust crackdown on religious activity in decades, it is enjoying broad support from at least one of the country’s faith communities: French Jews.

Jewish community leaders have applauded President Emmanuel Macron’s effort to counter what he calls “Islamist separatism” with a plan that would require children to attend state-recognized schools from the age of three, effectively barring the practice of Muslim home-schooling, and mandate an oath of allegiance to the state from religious associations.

The new plan would also increase oversight of foreign funding for mosques and end a program that allows the children of immigrants to receive subsidized lessons in their parents’ native language. While the new measures do not explicitly target French Muslims, which would be barred by the French constitution, Macron has made clear that they are aimed at “isolating radical Islam.”

“We need to reconquer all that the republic has ceded, and which has led part of our youth and citizens to be attracted to this radical Islam,” Macron said in an Oct. 2 speech near Paris.

“We will act starting today, with a lot of force and determination on the ground. It’s underway,” he said.

The plan, which is scheduled to be brought before the National Assembly later this year, has been widely condemned by Muslims, both in France and beyond, as an attack on their faith. In Gaza, protesters burned posters of Macron, and in Turkey, President Recep Tayyip Erdogan described the plan as part of a legacy of European crimes against religious minorities that includes the Holocaust. Erdogan’s comment last week that  Macron needs “mental treatment” prompted France to recall its ambassador from Ankara.

In France, some left-wing Jews oppose the plan for similar reasons. Maxime Benatouil of the Jewish-French Union for Peace, which supports a blanket boycott of Israel, said in a statement that the plan is motivated by racist hatred, juxtaposing it with what the Nazis and their collaborators did to French Jews in 1940.

But among the mainstream of French Jewry, Macron’s plan enjoys broad support, which only grew following the gruesome murder on Oct. 16 of a high school history teacher who had shown his students caricatures of Mohammed first published in France by the satirical magazine Charlie Hebdo — which was also the target of a 2015 attack by jihadists murdered 12 people at the magazine’s office. Two days later, an accomplice murdered four Jews at a kosher supermarket.

“Bravo for having the courage to call things by their name and charting a course for ensuring the strength of the republic, the mother of all its children who love and respect the values of France,” Gil Taieb, the vice president of the CRIF umbrella of French Jewish communities, said on Twitter.

Taieb’s sentiment reflects a widely held fear that the wave of jihadist attacks that have claimed hundreds of lives in France since 2012 are merely a symptom of an even greater problem than terrorism: The ceding of whole neighborhoods and cities to parallel Islamic education, justice and moral systems. French-Jewish historian Georges Bensoussan, in an influential 2002 book, called these areas “The Lost Territories of the Republic.”

While the fear of radical Islam is self-explanatory, French Jews have their own religious associations and schools. Are they not worried of suffering collateral damage as the country cracks down on Muslim groups?

“Not at all,” said Bruno Benjamin, the president of the CRIF branch of Marseille, home of the second-largest Jewish community in France.

“French Jews as a community have accepted the values of the republic. Their communal organizations observe its laws. So there is no reason for Jews to oppose the application of those same laws on Muslims,” he told the Jewish Telegraphic Agency.

Benjamin is considered a conservative. Previously he led the Marseille branch of the Consistoire, an Orthodox organization that organizes Jewish religious life in France. But his views on the Macron plan are a matter of consensus for mainstream Jews, according to Delphine Horvilleur, a Reform rabbi at Paris’ MJLF Beaugrenelle congregation.

French Jews, who are high on the list of targets for radical Islamists, have much to gain and little to fear from the plan because their education system conforms — and for the most part belongs – to the public school system, Horvilleur said.

“The demands being made in the plan are largely ones that the Jewish community has accepted a long, long time ago,” she said.

Accepting those demands goes back to the core of what it means to be Jewish in France, she added.

Leaders of French Jewry have at times shown tolerance for measures aimed at curbing radical Islam, even if it impairs Jewish religious life. In 2016, Moshe Sebbag, a senior rabbi at the Grand Synagogue of Paris, came out in support of a controversial ban — largely repealed later in court — on wearing the full-body swimsuit known as a burkini in public. Even though Jewish religious women wore similar garb, he supported the ban because the Muslim variant was “a statement as to who will rule here tomorrow,” he told JTA at the time.

But in the case of Macron’s school reforms, which aim to eliminate a network of underground Islamic schools that provide little in the way of secular education, Jewish institutions would likely not be very affected. Only about 50 of France’s 200 or so Jewish schools operate privately under the supervision of the French Education Ministry, according to a 2018 report by the municipality of Lyon. Clandestine schools, of the sort that Macron says indoctrinate thousands of Muslim children, are virtually nonexistent among Jews, Benjamin and others interviewed for this article said.

“Typically, when you enter a French Jewish school, there is a French flag at the entrance and a plaque reading ‘liberty, equality, fraternity,’ because French Jews not only respect those principles, but love them,” Benjamin said.

The embrace of republican values by French Jewish schools has been so successful that some of the strictest Orthodox schools in the country have been ranked among France’s top secondary education institutions.

One of them, Paris’ Lucien de Hirsch Orthodox Zionist high school, a private school with some government funding, was ranked by Le Parisien as the city’s best last year, with a perfect matriculation score among its graduates. Another Jewish Orthodox high school, Yabne, is ranked fifth. Ozar Hatorah, a Chabad-affiliated school, was ranked eighth.

This is the case even though the national mandatory curriculum requires the teaching of evolution, sexual education and diversity – including gender — that often clash with traditional Jewish teachings. But at state-funded Jewish schools, Jewish and secular studies are separated by a firewall.

In the United Kingdom, several Jewish schools have flunked government inspections for separating boys and girls or their alleged failure to teach “tolerance.” In Belgium, the government in 2013 introduced a reform that threatened Jewish schools with closure if they refused to teach certain subjects. And in the Netherlands, Jewish schools last month lost public subsidies because they collected money from parents for specific communal needs.

Still, the escalating measures against Muslim isolationism in France do sometimes lump Jews into the equation, making some French Jews uncomfortable.

One example occurred on Oct. 20, when Interior Minister Gerald Darmanin said he was “shocked” by supermarket aisles dedicated to ethnic foods, suggesting shop owners do away with them “to be patriotic.” He added that he nonetheless supports the right to operate kosher or halal supermarkets.

The minister must “not conflate communal isolationism, which we need to fight, and the freedom of worship that we must guarantee,” Meyer wrote on Twitter.

Another example came in 2016, when Francois Fillon, a former presidential candidate for the center-right Republicans, equated the fight against Islamic extremism with past efforts to resist Jewish and Catholic sectarianism. He later apologized.

“There are these transgressions that occur from time to time,” Horvilleur said. “But they are minor, and mostly verbal. French Jews overall have confidence in their contract with the French state. And they fear radical Islam much more than they fear this kind of spillover.”