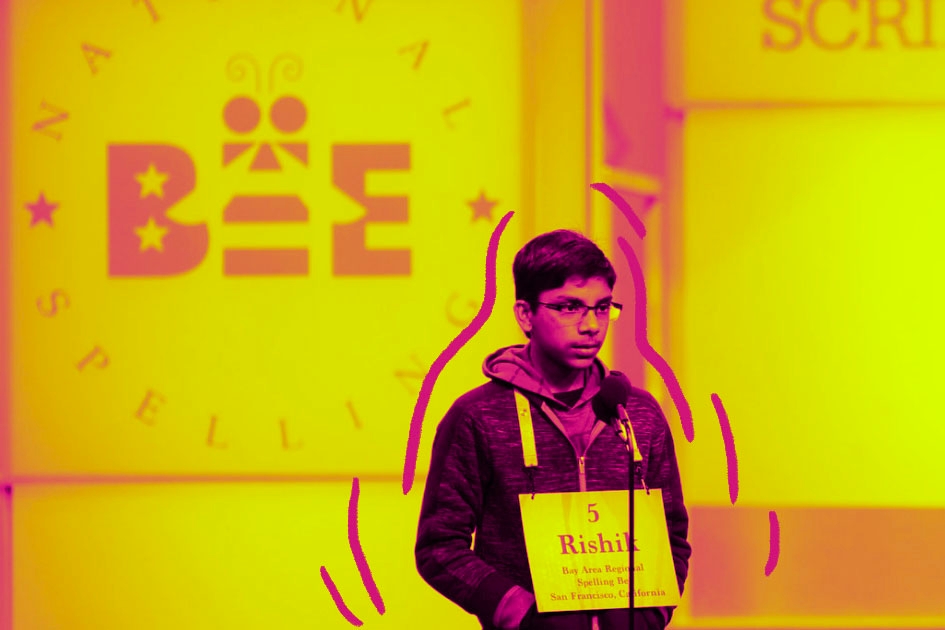 It’s Yiddish for the win at the Scripps National Spelling Bee!

OK, not quite, but last week, when the first rounds of the finals kicked off, the word “Yiddishkeit” nearly stumped contestant No. 5, Rishik Gandshari from San Jose, California.

The seventh-grader didn’t quite know what to make of the quintessentially Jewish word, which the contest defined as “a Jewish way of life.” After asking what the language of origin of the word was, and receiving the answer “Yiddish,” Rishik chuckled nervously: “I don’t know what I expected.” (He’s smart and funny!)

On Twitter, avid Bee watchers (you know who you are!) were stunned as well by the challenging first word, which, let’s face it, not many 12-year-olds, Jewish or otherwise, are familiar with.

“Yiddishkeit. Can I have the language of origin?”

First word this morning was “Yiddishkeit” It would have taken me out the game! 🤣 #SpellingBee @espn

I was warned that it gets tougher. The first word this morning: “Yiddishkeit”🤯 #SpellingBee

But Rishik is a spelling bee veteran and a total pro — he made it all the way to the sixth round at last year’s competition, and was valiant about being eliminated. What a mensch! (Hey, spelling bee runner-people, maybe that’s a good word for next year?) Despite his initial hesitation, he managed to spell Yiddishkeit and ascend to the next round.

Twitter, of course, was very impressed (as were we):

This stone-faced assassin just nailed “Yiddishkeit” on the Spelling Bee.

A little kid at the #NationalSpellingBee just spelled “yiddishkeit?” Who in their right mind knew that was even a WORD? It looks like a bunch of letters that someone threw together and called it a word.

Bizarrely, later in the afternoon, Rishik was dealt another Jewish word, this time a Hebrew one: In round 8, he also spelled the word “keriah,” the traditional Jewish mourning ritual of tearing one’s clothes.

To learn more about this tradition, see our #Jewish Treat on the topic. https://t.co/kz76QBY30E #SpellingBee

This is quite an amazing feat because, according to FiveThirtyEight, Hebrew words have been the toughest words to spell at the competition, with more than half of them stumping contestants over the years. Looks like Rishik managed to avoid that fate!

A Yiddish word helped propel a contestant to the next round: Enya Hubers of Ontario, Canada, aced the spelling of “lekach,” the Ashkenazi honey cake served on Rosh Hashanah. What a sweet victory, and mazel tov to both of these young pros!

Lekach is a honey cake often made around Rosh Hashana time to symbolize one’s hope for a sweet new year. #SpellingBee #Yiddish pic.twitter.com/pPU6Q03LR0

Meanwhile, for the first time in the 92-year history of the Scripps National Spelling Bee, the competition named eight co-champions, including Rishik. The organizers ran out of words to challenge the finalists!