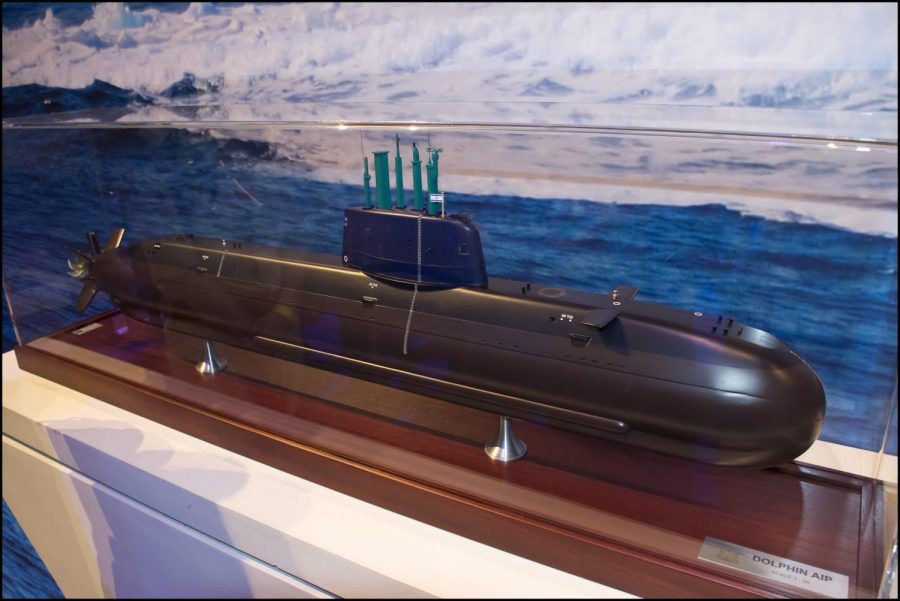 Submarines are in the headlines, as Australia canceled a multi-billion dollar submarine contract with France, opting instead to purchase from the United States and Great Britain. This has led to great diplomatic turmoil, including France’s recall of their ambassadors to the United States and Australia. Israel has a fleet of five Dolphin-class submarines, all purchased from Germany.

While they have the capacity to fire torpedoes and anti-ship missiles, there is much speculation that Israel also has the capability of launching nuclear weapons from their submarines. What is found on each of Israel’s submarines that is not typically found on other nations’ submarines? A. A Torah scroll.B. A mikveh.C. Separate meat and milk dishes and cutlery.D. A customized navigation system based on Waze.E. A screened-in porch.
Click Here For The Correct Answer