This isn’t just a retirement home — it’s a place for St. Louis Jewish seniors to gather 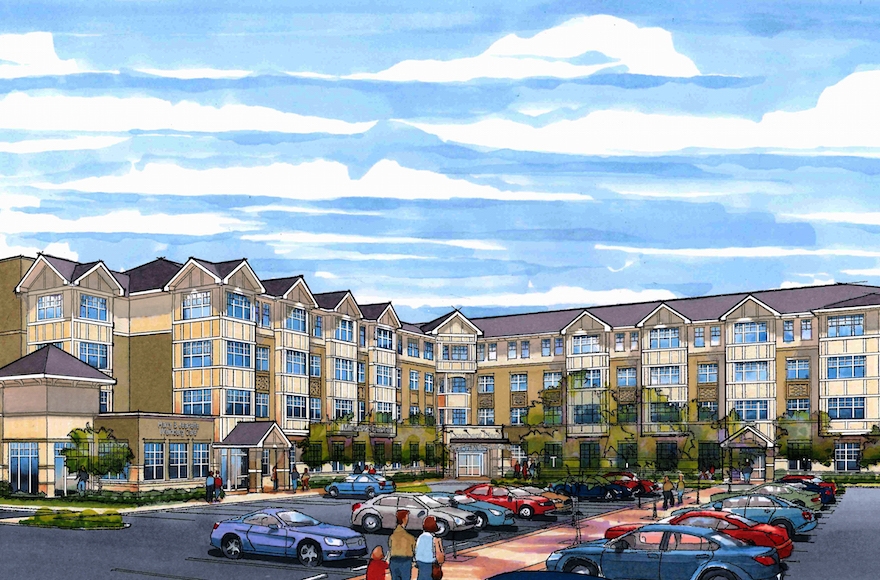 Covenant Place, a Jewish retirement community in St. Louis, is constructing a building that combines affordable apartments for seniors with a range of social and communal services open to the surrounding community. (Courtesy of Covenant Place)

(JTA) — A doctor, a lawyer, a banker and a therapist set up an office together. It sounds like something out of “Old Jews Telling Jokes.”

The shared premises are at the heart of the plan for Covenant Place, a renovated Jewish independent living community for senior citizens in St. Louis.

Set to open in 2019 with a price tag of $30 million, Covenant Place will combine affordable apartments for seniors with a first floor housing medical and social services — everything from a primary care doctor to a hairdresser.

The facility’s officials say it’s the first such project in the country.

“Right now I am involved with pretty much everybody,” said Jerry Fiman, 83, the president of Covenant Place’s tenants’ council. “You’d be surprised how many people come knocking on my door asking what they can take for this pain or that. Having something like that will be wonderful.”

Covenant Place’s management hopes to pioneer a new model of caring for seniors as the elderly population swells. The new building, they say, will allow seniors to continue living independently while not having to spend their days shuttling to doctors, lawyers, classes and social activities across town.

Seniors in the surrounding area can also take advantage of the building’s services, lowering costs and easing access while also aiming to engender a stronger sense of community among retirees.

The project comes as the country’s elderly population spikes. The population of Americans older than 65 will nearly double between 2012 and 2050, according to the U.S. Census Bureau. In 2010, that group was 13 percent of the population. By 2030, it will number more than 20 percent.

Elderly Jews already make up a much higher percentage than in the general population, according to most studies.

“Imagine you’re 85 or 90, you want to go to the doctor, but also to the Jewish Family and Children’s Services counselor,” said Joan Denison, Covenant Place’s executive director. “You have to drive there, park your car, go back — you’re already exhausted.”

At the new center, she said, “They can come, have a good meal, a lifelong learning class, come see a movie and just spend the day and take care of the things they need to do, but also be socially engaged with their peer group.” 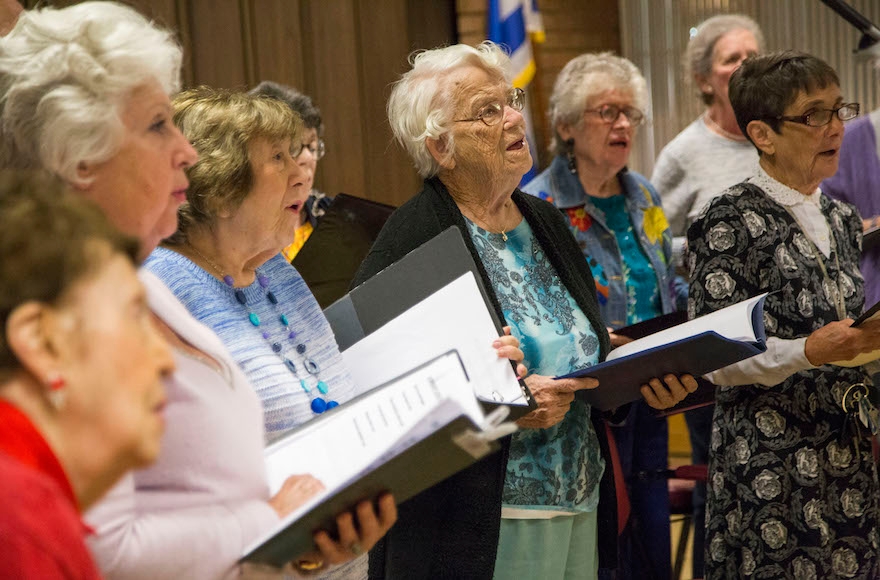 Covenant Place isn’t the only Jewish retirement community experimenting with this model.

Kavod Senior Life in Denver, which also houses 400 residents, opened a center in March that provides therapy, mental health counseling, dentistry and some medical specialists, as well as classes and wellness activities like yoga and tai chi. Unlike in Covenant’s plan, however, not all of the offerings are open to the public, though they may be in the future.

The St. Louis care facility, which will be called the Mirowitz Center, will also function as a kind of institutional guinea pig for this kind of arrangement. Social work researchers from nearby Washington University will collect data from the various components of the center and analyze how the model affects the seniors’ quality of life. A 2015 study at Brigham Young University found social isolation poses a significant threat to longevity.

The setup will also enable health professionals to collaborate on individual care for patients.

“Medical communication is going to be much more efficient and better,” said Jonty Felsher, co-owner of RPI therapy services, which has a space in the current Covenant Place but will expand in the new building. “I have a patient who I am seeing for chronic back pain. That patient is seeing their orthopedic doctor, pain management specialist and neurologist. It’s very difficult to get everyone on the same page to manage that patient’s care.”

Another of the center’s goals is to make low-income services more aesthetically attractive. Rather than an institutional dining hall, the building will include a cafe that looks more like a Panera. Covenant hopes to draw seniors there from across the economic spectrum.

“The reason Social Security worked as an FDR program was that it was aimed at everyone,” said Andrew Rehfeld, CEO of the Jewish Federation of St. Louis, which partially funded the project and shares a campus with Covenant Place. “We’re creating a space everyone wants to be in, and it isn’t stigmatized as a low-income space.”

Fiman is looking forward to welcoming elderly neighbors from the area once the center opens. He hopes an added benefit of more visitors will mean a revitalized Jewish life for the facility, which is officially nonsectarian.

When Fiman’s parents were residents of Covenant Place decades ago, Friday night services used to fill up, but now they get about 25 people a week. With the new space, which will include a chapel, Fiman hopes that number will double or triple.