The SpongeBob SquarePants theme song is now in Yiddish 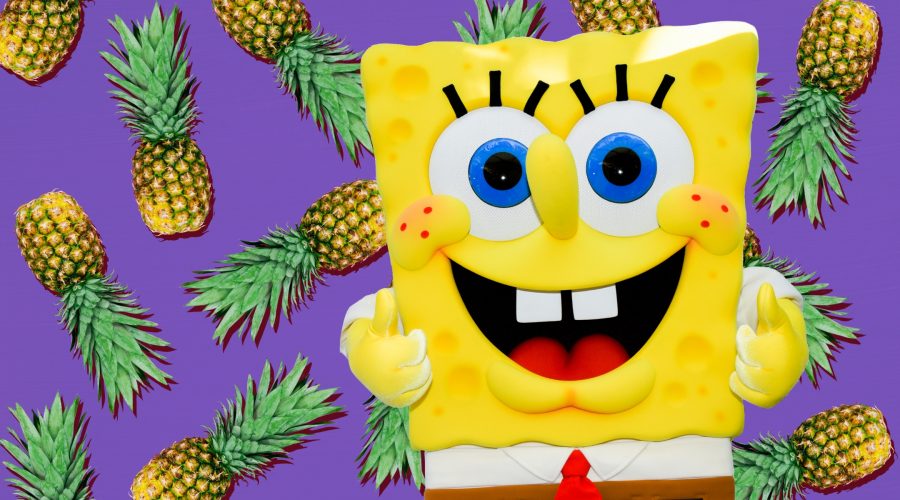 (JTA) — Who lives in a pineapple under the sea? ShvomBob Kvadrat-hoyzn, of course. And now the Jewish world knows how to say “SpongeBob SquarePants” in Yiddish, thanks to a translation of the animated kid show’s theme song by Eddy Portnoy, the academic advisor and director of exhibitions at the YIVO Institute for Jewish Research in Manhattan.

Last week, Portnoy’s college-aged daughter put “SpongeBob” on TV, and Portnoy was inspired. He typed up the lyrics on his Notes app and posted the translation to Twitter, and let the algorithm do the rest.

“I can choose anything to translate,” he said, “but this is sort of extra funny, because it’s not something that you expect to hear in Yiddish.”

The lyrics alone were well-received, and then they were vocalized by Yiddish TikToker  Cameron Bernstein, a communications fellow at the Yiddish Book Center, who recorded herself singing the translation.

The animated Nickelodeon comedy series features a melange of undersea characters including the titular SpongeBob (an eternally optimistic sponge); his best friend Patrick, a dim but loyal starfish; and SpongeBob’s dyspeptic coworker and nemesis, Squidward (a squid).

After 21 years and 276 episodes, the show is the fifth-longest running animated series of all time, and its tongue-in-cheek theme song, loosely based on the sea chanty “Blow the Man Down” and sung by a pirate, is familiar to at least two generations of viewers.

In the original, the pirate sings, “If nautical nonsense, be something you wish,/Then drop on the deck and flop like a fish!” In Yiddish that becomes, “Oyb yam-narishkaytn iz epes ir vintsht,/Falt arop af der erd vi a meshugenem fish!” 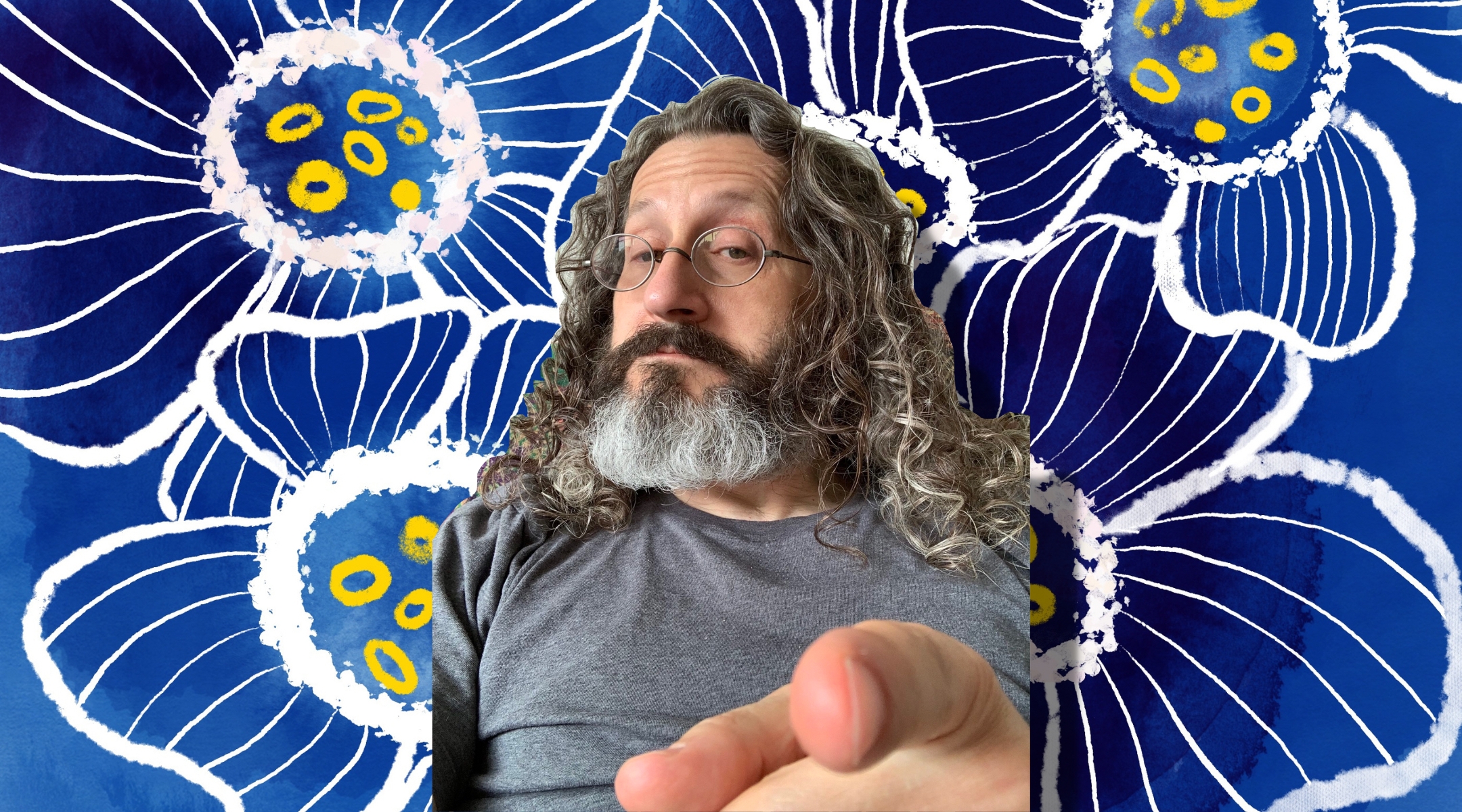 Eddy Portnoy, a researcher and curator at the YIVO Institute for Jewish Studies, translated the theme song from “SpongeBob Squarepants” into Yiddish. (Photo courtesy of Eddy Portnoy/Design courtesy of Jackie Hajdenberg)

“People can take this stuff and run with it,” Portnoy said. “For me, it’s just sort of a fun exercise; to see if I can do it, to get it to rhyme, to see if it works.”

The study of Yiddish outside of haredi Orthodox communities, where it is often spoken as a first language, has undergone a revival in recent years. YIVO’s online summer learning program saw the largest enrollment in its 54-year history in 2020 and 2021, and just last week, the institute hosted a webinar asking that very question: Are we in the midst of a Yiddish renaissance? The Workers Circle also saw record enrollment for its Yiddish classes.

Portnoy isn’t the first to couple Yiddish with American pop culture. On his 1998 album, “Mamaloshen,” Mandy Patinkin sings a Yiddish version of “Take Me Out to the Ballgame.” Last year, Rokhl Kafrissen, another Yiddishist, translated the lyrics of Jimmy Buffet’s “Why Don’t We Get Drunk,” which was subsequently performed by a trio of klezmer musicians commissioned by the Congress for Jewish Culture. Kafrissen’s version is not a word-for-word translation of the original because her goal was to create a “cultural translation,” she wrote on her blog.

Yiddish is “sort of associated with older generations and Eastern Europe and whatnot,” said Portnoy. “But obviously, there is this very American Yiddish and obviously ultra-Orthodox communities still use it. But they’re definitely not watching ‘SpongeBob.’ Or if they are, they’re doing it in secret. I don’t know if there’s a huge SpongeBob underground in Williamsburg or Borough Park.”

Will Portnoy be doing this again anytime soon, though?

“If it becomes a regular thing, it’s a lot less interesting to people,” he said. “You can’t make lightning strike twice.”