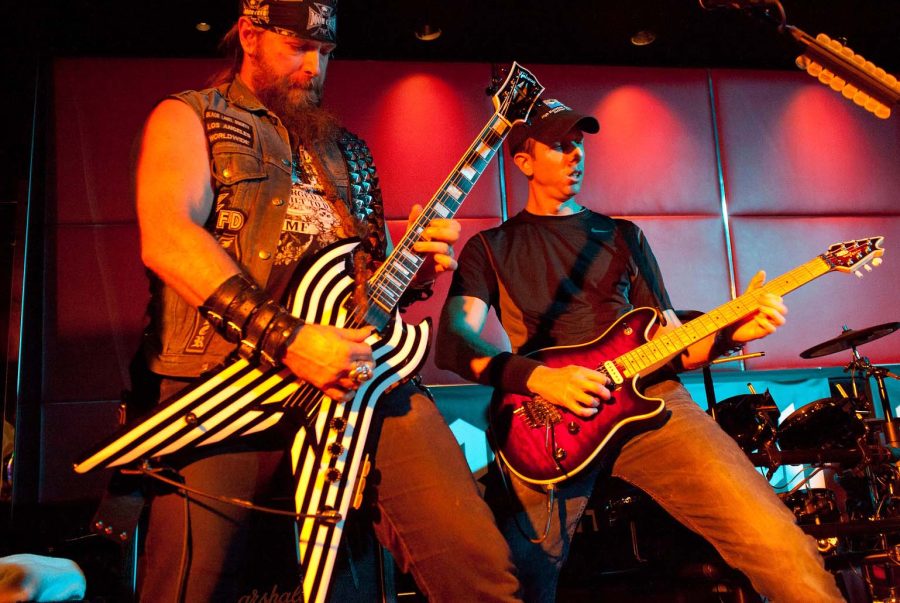 (JTA) — Few Jewish grandfathers are still riding a motorcycle at age 65. Even fewer can boast that they have Alice Cooper’s number on speed-dial.

Of course, David Fishof is no ordinary zayde.

The 65-year-old L.A. sports agent and entertainment producer built a storied career promoting such stars as The Monkees and Ringo Starr and NFL greats Phil Simms and Vince Ferragamo.

It’s the stuff of any teen fanboy’s fantasies, but Fishof insists he’s an ordinary guy.

He’s also an ordinary guy who helps others live out dreams of their own: Fishof, who is Modern Orthodox, is the founder and CEO of Rock ’n Roll Fantasy Camp, where amateur rockers jam alongside their teen music heroes. Staffed by musicians like Gene Simmons, Alice Cooper, Roger Daltrey and Nancy Wilson, the four-day experience costs about $6,000 (excluding hotel accommodations). It includes jam sessions, rehearsals and performances, an opening-night party and Q&A’s with the celebrated musicians. Master classes, band gear and a video of the final night’s performance are part of the package.

To date, over 5,000 campers — mostly adults — have participated in 69 sessions across the United States since the camp’s launch in 1997.

From “Ellen” to Entertainment Weekly, “The Simpsons” to “Saturday Night Live,” Rock Camp has been widely covered — and parodied — by the media. January 2021 saw the release of “Rock Camp: The Movie,” which chronicles the journeys of four campers who conquer personal challenges while playing with and learning from some of the most famous rock musicians in the world. On Monday, Jew in the City, a nonprofit that aims to change negative perceptions of religious Jews, premiered the film in New York City. The movie will also play at the Toronto Jewish Film Festival, which runs from June 3 to 23. 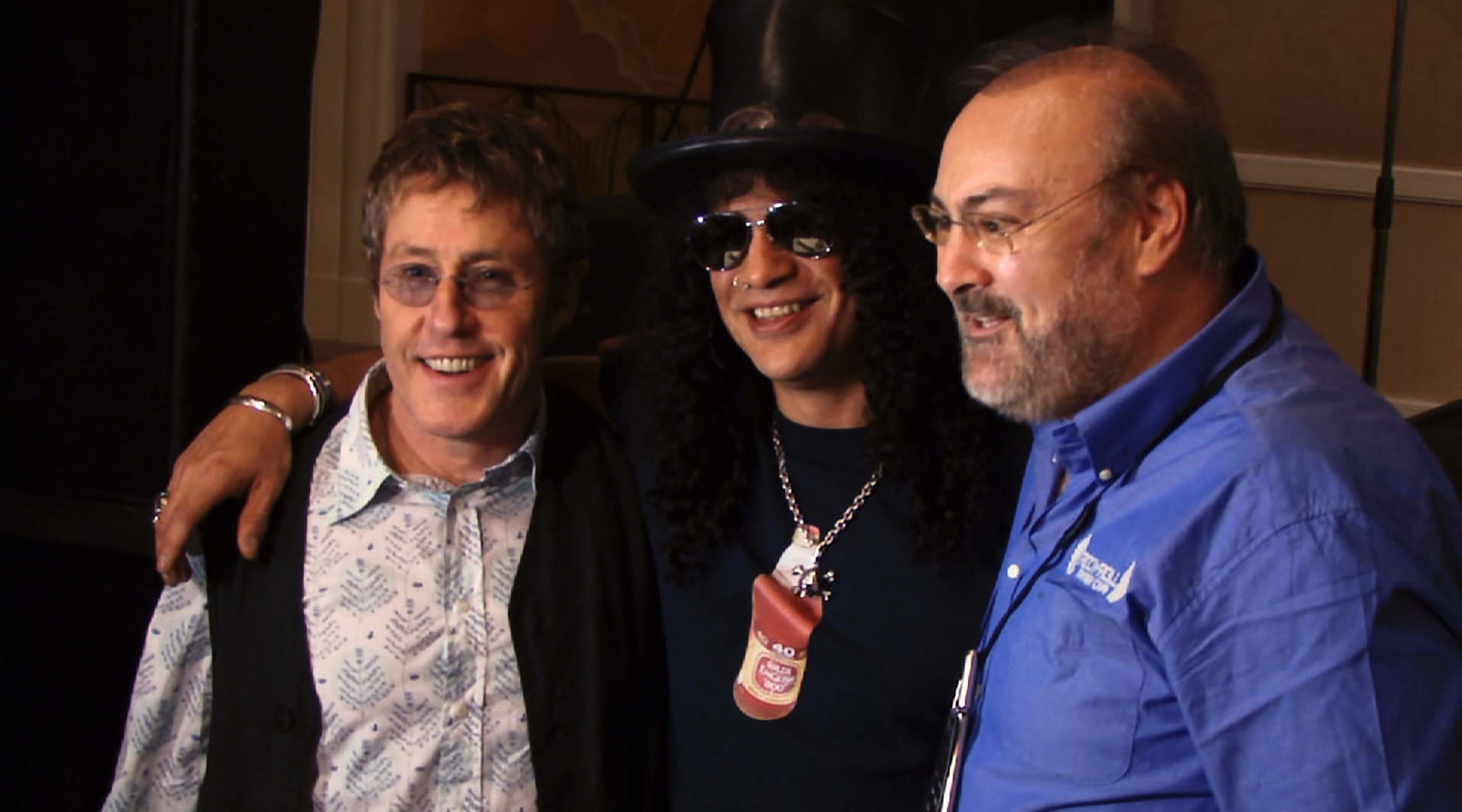 While Fishof was initially reluctant to star in the film, he ultimately agreed to appear on condition that his Modern Orthodox identity would be highlighted.

“I want to show future generations that they can be successful in the music business or as a sports agent and wear a yarmulke,” he says. “You can live in the normal world and still observe Shabbos and love Israel and observe kashrus. Having Shabbos to recharge my batteries no matter where I was on the road, whether touring with Ringo or The Monkees, reminded me that I’m a Jew. I believe I’m still doing this at 65 because I’m religious; because I’ve been able to find balance in my life.

“Over the years, I never did drugs or alcohol,” he added. “I overdosed on cholent. A good piece of mandel bread was my weakness.”

Fishof is particularly fond of a scene in the Rock Camp movie that features Queen keyboardist Spike Edney interviewed in front of Fishof’s volumes of Talmud.

“That’s who I am and it was important for me to show where I come from,” he said, noting that he’s actively working on countering Netflix’s “My Unorthodox Life,” about the formerly Orthodox fashion executive Julia Haart. He finds the reality show particularly upsetting due to its “totally false” depiction of Modern Orthodox women.

The son of a Holocaust survivor, Fishof was deeply influenced by his late father’s experiences and heroism during the Shoah. Born in Slovakia, Mark Fishof found solace in music while in Auschwitz and Buchenwald.

“My father sang whenever he could,” said Fishof. “Music saved his life.” 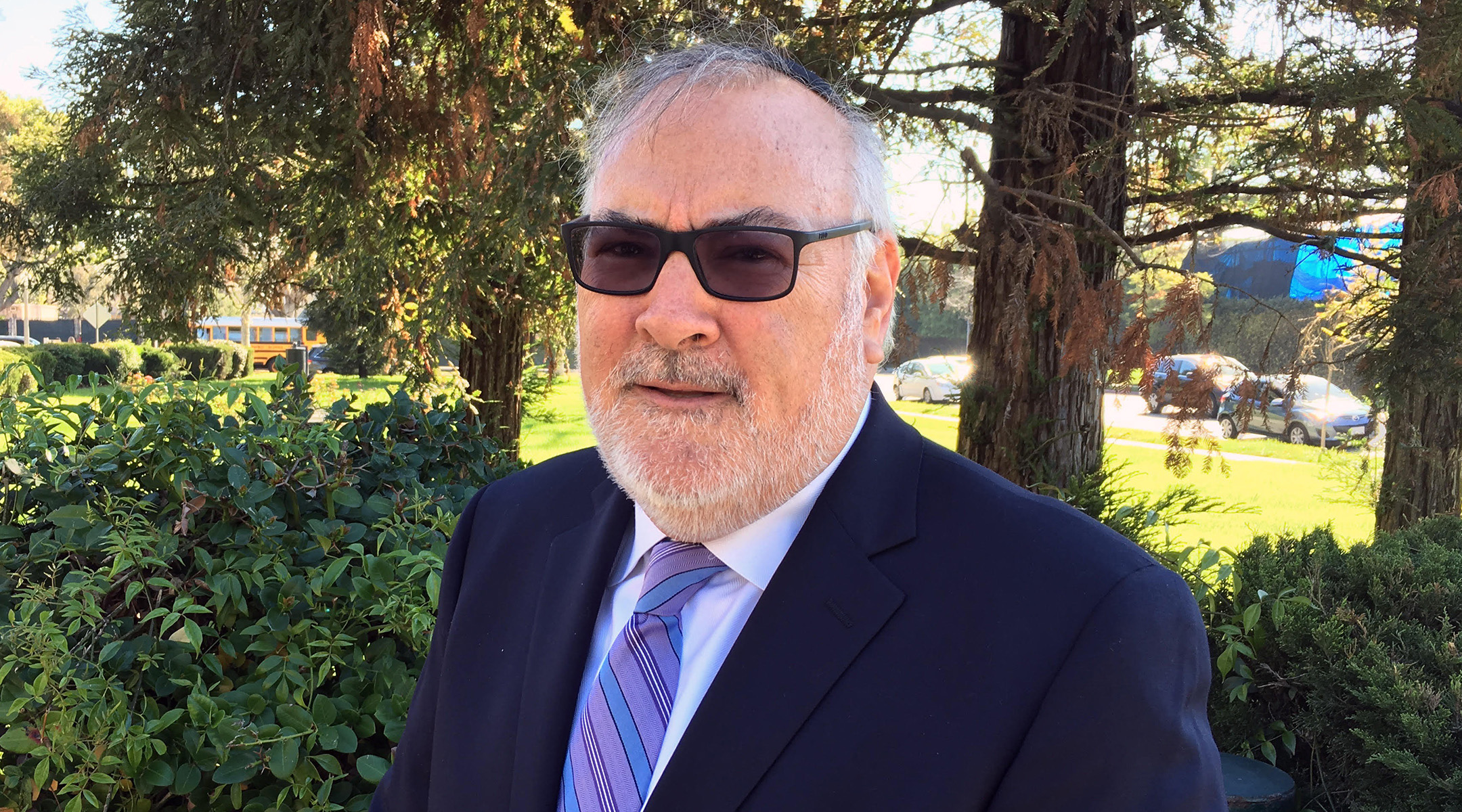 David Fishof wanted to highlight his Modern Orthodox identity in a film on the camp. (Courtesy of Fishof)

Mark became a cantor upon emigrating to America. Fishof fondly recalled helping out at Temple Beth El, the Orthodox-turned-Conservative synagogue in Hackensack, New Jersey, where his father worked for decades.

But it was Mark’s tales of survival that move Fishof to this day.

“My dad told me stories daily, like how in Buchenwald he found an unused cigarette on the floor and traded it for flour to make matzah. There was always half a piece of bread in [our] refrigerator. I asked, ‘Why aren’t you eating it?’ He said, ‘Because I always saved for my next meal.’ Every day I learned lessons from my dad about survival, and that’s a big part of my life. I’m very lucky to have had him as a father,” Fishof said.

“Here I am, a child of a Holocaust survivor, and I could represent a Beatle, and the biggest stars of professional sports and rock and roll. Hitler wasn’t able to destroy us,” he added.

It was Fishof’s dad who actually helped kick start his career. For years, Fishof’s family vacationed at Catskill summer resorts. He worked as a teen waiter and his older brother, Joey, entertained guests with his band, “The Ruach Revival.”

“I wanted to be in it, but I wasn’t good enough,” says Fishof. “My dad said, ‘Why don’t you become an entrepreneur and book the acts?’”

And so began Fishof’s first stint as an entertainment producer for the Borscht Belt. Once he brought in NBA basketball star Julius Erving and the youngsters went gaga.

In the mid-80s, Fishof shifted from professional sports to music, booking tours for such oldies bands as The Turtles and The Monkees — whose lead singer, Davy Jones, was his childhood hero. As a yeshiva student, “The Monkees” was the only TV show his parents let him watch. 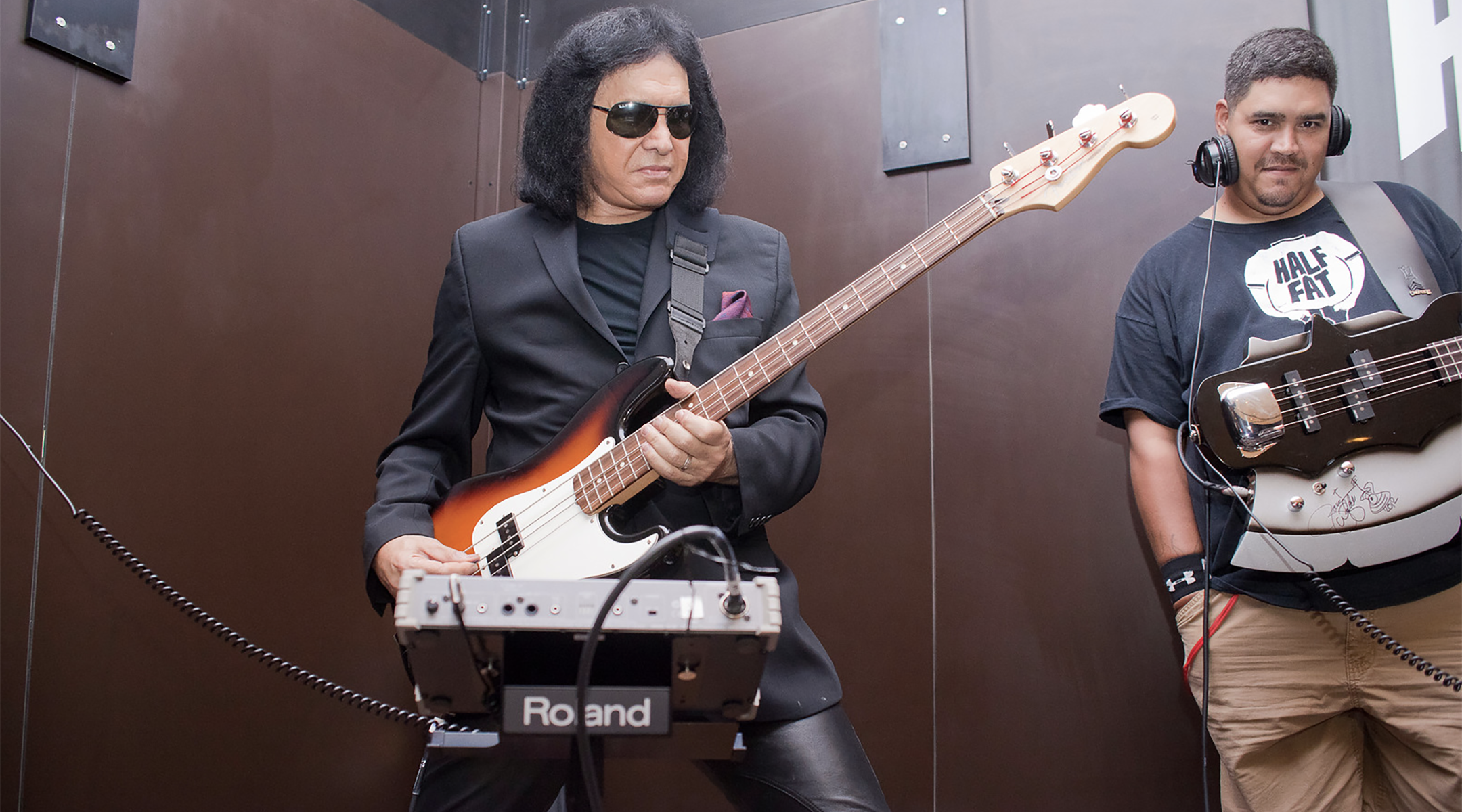 One evening, ahead of the fourth show, the band pranked him: Members threatened to quit as two others were ostensibly brawling in the next room. Fishof was called in to break up the fight. Eventually they revealed it was a gag — but not before a glass was shattered and fake blood was spilled. Luckily for Ringo, Fishof has a sense of humor.

“I said to myself, ‘Wow, these guys are nuts!’” he recounts in the film. “But I realized how much fun they have. That’s how I came up with the idea for Rock ’n Roll Fantasy Camp. I thought, ‘What if I could give this to a fan, to see what it’s like to be with all these rock stars?’”

After more than a year of lockdown, Rock ’n Roll Fantasy Camp is currently in the midst of its first in-person sessions since the start of the pandemic. Until April 3, Rudolf Shenker and Matthias Jabs of Scorpions, along with Sebastian Bach of Skid Row and Zakk Wylde from Ozzy Osbourne’s band, are leading the lineup in Las Vegas.

From May 6-9, an all-women’s camp in Los Angeles will feature Melissa Etheridge, Nancy Wilson, Kathy Valentine and Orianthi.

“My goal with camp is to take people back to that spot in their life where that song meant something; where the artists meant something,” said Fishof. “To bring them happiness and remind them what it was like. To reignite passion in their lives.”

Fishof, who has five children and eight grandchildren, said money was never his goal.

“I believe money will come if you work around your passion. Try to be the best that you can be, and then you’ll be successful. I learned it from these rock stars: They didn’t follow their parents when they told them to get a ‘real’ job. What I’m hoping people will see in the movie is that at any age, you can live your dream.”

—
The post The man behind Rock ’n Roll Fantasy Camp — which connects fans with their rock heroes — is a Modern Orthodox zayde appeared first on Jewish Telegraphic Agency.