‘The Handmaid’s Tale’ invades the streets of Tel Aviv

TEL AVIV (JTA) — What are the female slaves of an American Christian theocracy doing in Tel Aviv?

Attracting a lot of attention, apparently.

Six women dressed as handmaids from Hulu’s hit “The Handmaid’s Tale” — based on the novel of the same name by Margaret Atwood — silently wandered the streets of the city Thursday to promote the show’s new run on Israeli cable TV station HOT.

Despite the 80-degree summer heat, the women wore the stifling crimson frocks and white bonnets made famous by the 10-episode series. They stopped at the beach, City Hall and the Habima Theater, among other local attractions, as passersby gawked and snapped selfies. 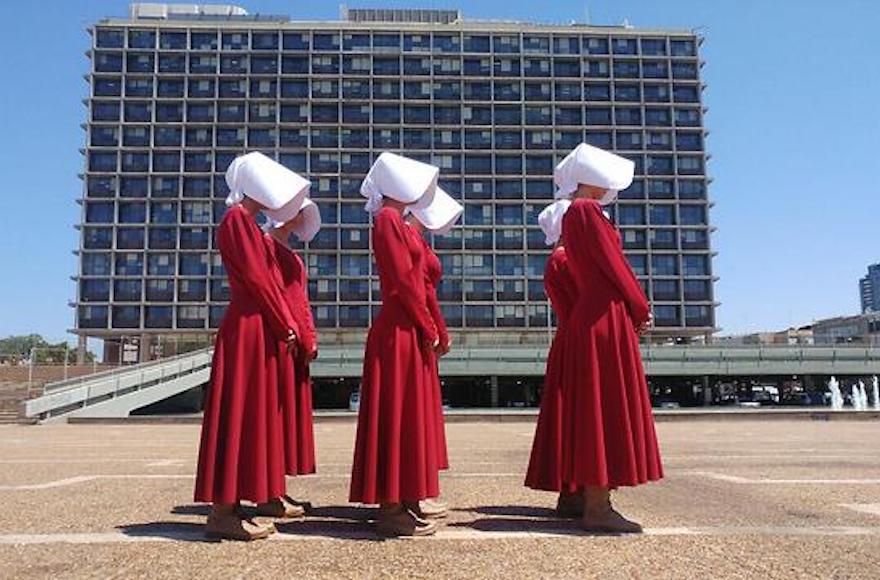 “The Handmaid’s Tale” takes place in a version of America where, following a major terrorist attack that obliterates the government, an extremist group seizes power and rules according to its interpretation of the New Testament. Amid widespread infertility, the Republic of Gilead, as the new country is known, women who are able to reproduce are enslaved in order to bear children for its leaders.

In the novel, Jews are given a choice: convert or emigrate to Israel.

“A lot of them emigrated, if you can believe the news,” Atwood writes. “I saw a boatload of them, on the TV, leaning over the railings in their black coats and hats and their long beards, trying to look as Jewish as possible, in costumes fished up from the past, the women with shawls over their heads, smiling and waving, a little stiffly it’s true, as if they were posing; and another shot, of the richer ones, lining up for the planes.” 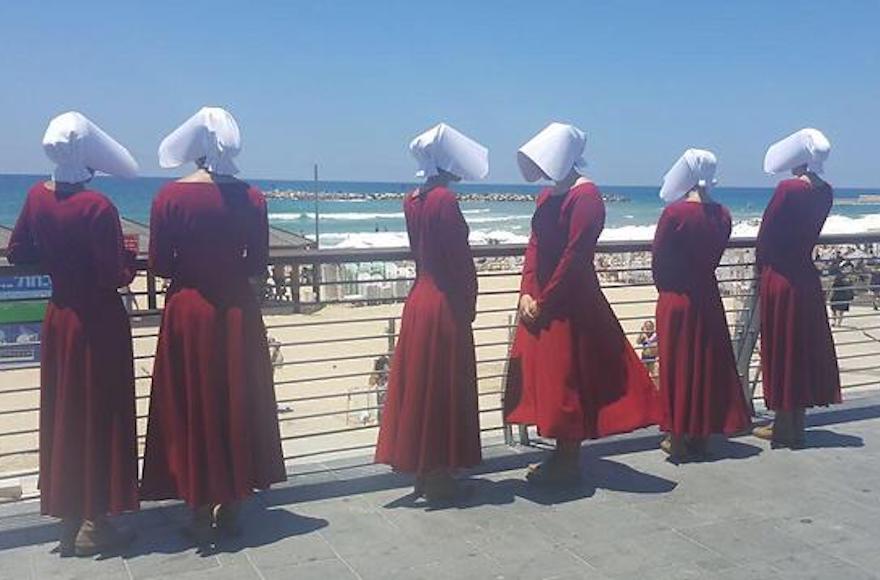 More ominously: “You get hanged for being a noisy Jew who won’t make the choice. Or for pretending to convert. That’s been on the TV too: raids at night, secret hoards of Jewish things dragged out from under beds, torahs, talliths, Magen Davids.”

There is no mention of Jews or Judaism in the television series, however.

HOT’s publicity stunt drew comparisons in the Hebrew-language media to a protest by American pro-life activists who, earlier this month, wore the handmaids costumes to the Ohio Statehouse to protest legislation that would ban an abortion procedure.

SB 145 will ban the most commonly used abortion procedure in the 2nd trimester. #OHHandmaids are here to show the impact of abortion bans pic.twitter.com/GxwvM7l24j

As in the United States,”The Handmaid’s Tale” is seen, by some, as an allegory of the current government — in both countries, there has been criticism of the religious right for allegedly seeking to turn back the clock on women’s rights. Within Israel, recent controversies include religious Zionist rabbis decrying army service for women and gay people, Israel’s chief Sephardi rabbi comparing immodest women to animals and a new enforcement of dress codes at the Knesset, which prohibited short skirts and tank tops, among other items.

Still, in what was widely celebrated as pushback against such forces, an Israeli court on Wednesday ruled that El Al Airlines cannot ask women to move seats to accommodate haredi Orthodox men.

Even in Tel Aviv — where the politics tend toward the left and bikinis abound on the beach — women are underrepresented and underpaid in the startup work force. According to Israeli media reports, some men yelled at the women dressed as handmaids to smile or “go back to the kitchen.” It was unclear whether those men had seen the show. 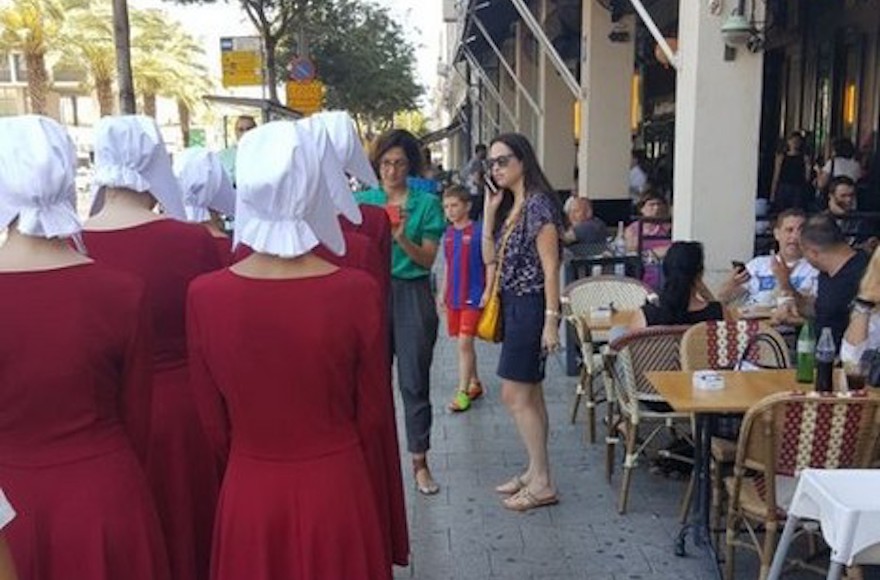