The centrality (or not) of Israel for progressives

I learned that Wednesday night watching an hourlong lovefest hosted by the Vermont senator on his YouTube channel for three candidates he has endorsed: Tlaib (who beat a primary opponent in her Detroit district), Cori Bush (who just ousted a longtime pro-Israel congressman in St. Louis) and Jamaal Bowman (who recently toppled the longtime pro-Israel stalwart Eliot Engel in New York).

I got to wondering why she didn’t just use “Uncle,” or the Hebrew “dod” or the Yiddish “feter” or even “saba” or “zayde”  — Sanders is Jewish and spent time as a young man in Israel.

Of course, I learned about more than Sanders’ family-like dynamics with his progressive endorsees. Notably, here were four thorns in the sides of the centrist and right-wing pro-Israel movement, and Israel never came up in their conversation.

What does that mean for progressives and Israel? I dove into that here.

My colleague Gabe Friedman and I review a short list of likely contenders to be Democratic presidential nominee Joe Biden’s running mate — from a Jewish angle.

Barack Obama released his list of endorsements for this election year, and while Bowman celebrated the endorsement, Obama’s fuller list indicated that as in 2018, he was more interested in pushing likely winners over the line than he was in embracing any ideological trends. Among the first round of more than 100 endorsements were moderate Jewish Democrats seeking to hold onto districts they took from Republicans: Josh Gottheimer in New Jersey, Susan Wild in Pennsylvania and Elaine Luria in Virginia.

President Donald Trump’s nominee to be ambassador to Germany, Douglas Macgregor, is pulling off the rare Trump-era feat of uniting Jews from across the political spectrum in opposition to him. CNN’s K File unearthed a long history of the retired general’s attacks on Muslims and immigrants. That earned him rebukes from the Jewish left, with J Street Vice President Dylan Williams decrying his “shameful record of expressing profoundly bigoted views.”

Weighing in from the center was the Anti-Defamation League’s CEO, Jonathan Greenblatt, who was appalled by Macgregor’s statement in 2018 on Nazi Germany. “There’s sort of a sick mentality that says that generations after generations must atone for sins of what happened in 13 years of German history,” Macgregor said.

B’nai B’rith International, which tacks to the right on foreign policy, had raised concerns about Macgregor even before the K File story was posted, noting his past propensity to insinuate that “neocons” serving Israel’s interests were controlling U.S. foreign policy. “It is important that American diplomats not question the patriotism of other Americans who hold political views different from their own, especially given that questioning Jewish loyalty to America is an anti-Semitic trope,” B’nai B’rith said.

What did we learn from a Biden campaign gabfest on anti-Semitism? Some things about anti-Semitism — but even more about its participants: Rep. Adam Schiff, Sen. Jacky Rosen and “Seinfeld” star Jason Alexander (who still longs for the Gumby toy his menorah set alight). 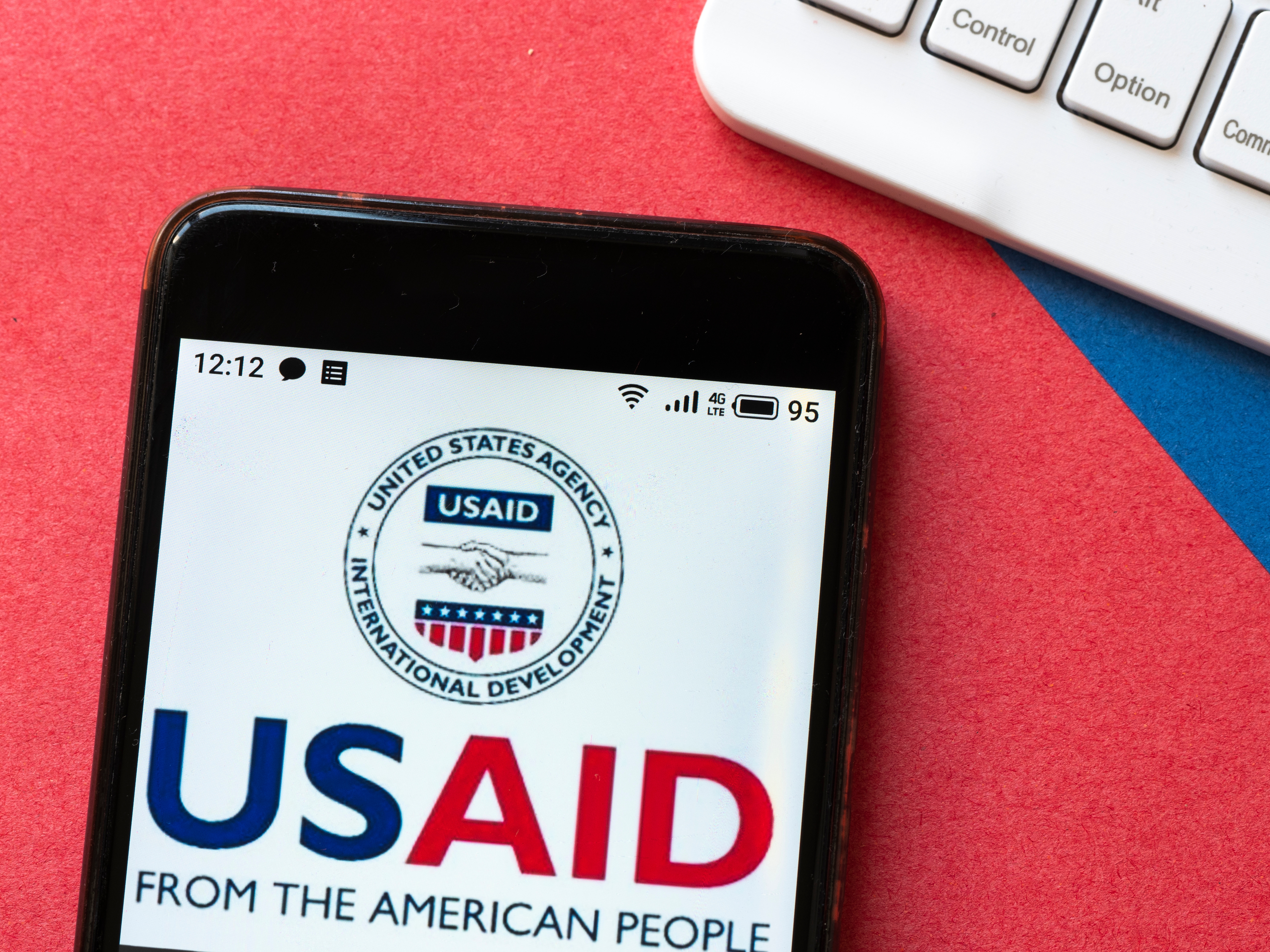 In this photo illustration the USAID logo seen displayed on a smartphone. (Photo Illustration by Igor Golovniov/SOPA Images/LightRocket via Getty Images)

At the Daily Beast, Will Sommer analyzes the perplexing dalliance between right-wing provocateur Jacob Wohl and Merritt Corrigan, a conservative Christian who was one of the White House liaisons to the U.S. Agency for International Development. Part of their romancing allegedly included cooking up a false charge that Eliot Engel solicited prostitutes. It gets weirder. 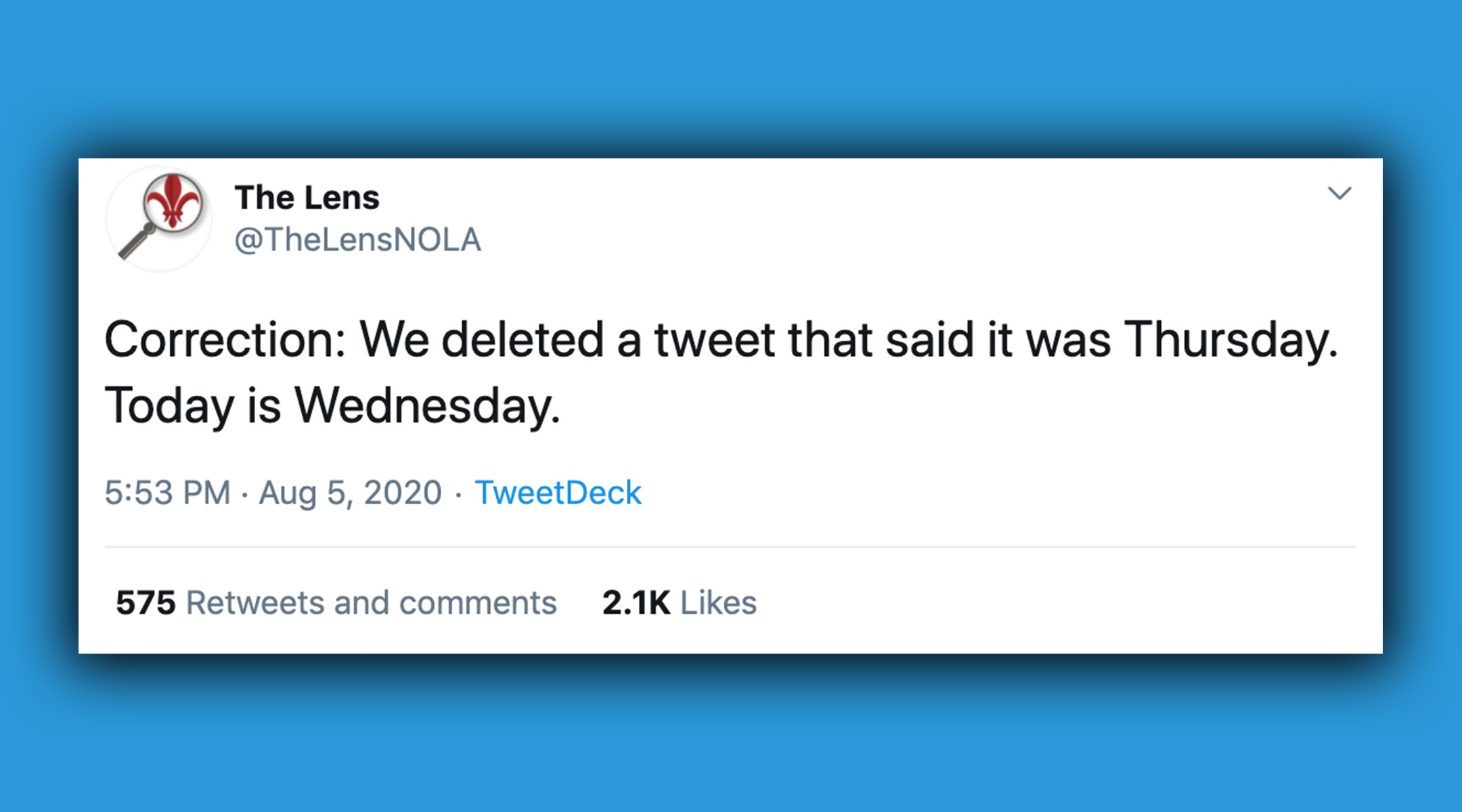 The Lens, a New Orleans news site, posts the most pandemic-era correction ever.