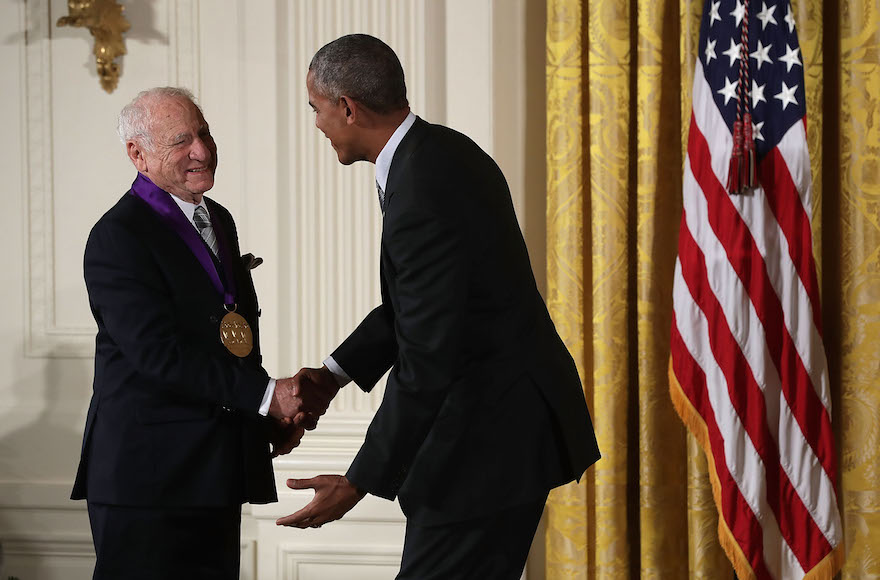 When President Barack Obama presented Mel Brooks with an arts award for “a lifetime of making the world laugh,” the president might not have realized that the Jewish comedic actor and filmmaker would try to pull a prank on him

During Thursday’s ceremony at the White House, after receiving a 2015 National Medal of Arts, Brooks made a gesture as if to pull down the president’s pants. Luckily the president’s trousers stayed put, and the two went in for a hug.

Brooks wasn’t the only Jewish honoree for the evening. Out of the 22 artists and institutions who received the government’s highest arts award, six of the recipients were Jews.

Philip Glass, who has composed numerous of operas, symphonies and film scores, was honored for being one of “the most prolific, inventive, and influential artists of our time.”

Moisés Kaufman, a playwright who wrote about the gruesome murder of gay student Matthew Shephard in “The Laramie Project,” won the award for work that “sensitively probes questions of culture and sexuality.”