Thank you, Jonah Hill, for setting the record straight on body image comments 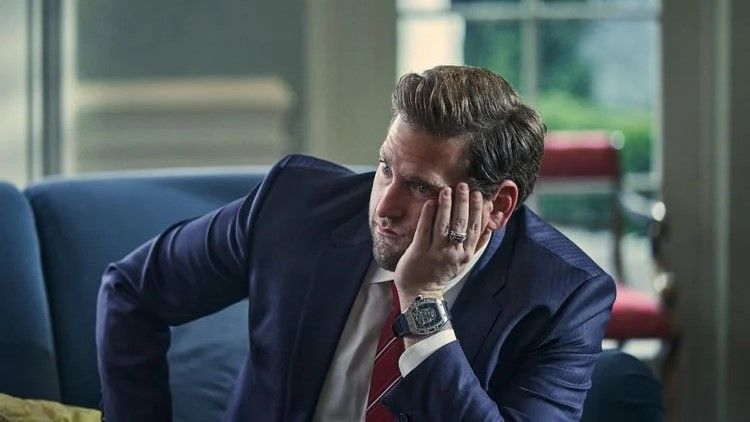 “WOW! You look so good. Did you lose weight?”

One of the worst things about looks is that they are the first thing people see. Sometimes, the only thing they see. Before our mouths can even open and apply context, a preliminary grade and overall look grade is applied to us. For better or worse, this happens every day, all day. For Jewish actor Jonah Hill, they are unnecessary and should be kept locked away inside our minds.

Hill took to Instagram on Wednesday night to address something that has followed him around his entire career, from the “Superbad” breakout to Martin Scorsese’s “The Wolf of Wall Street” to the baseball classic, “Moneyball.” It seems like everyone’s hobby during a Hill promotional interview is to comment on his weight, which can fluctuate depending on the role.

But why is a person’s weight, actor or not, such a big and noisy topic?

Why do people fixate so closely on a stranger’s weight?

At the end of the day, it’s none of our business. Ask him about the role, the movie, the director, the process, or whatever else. Leave the “you lost weight” comments in the head.

It’s none of our business anyway. Our looks, or what we look like on a particular day, is only the first piece of evidence that makes us who we are; the superficial layer that everybody loves to comment on but fails to look past. What doesn’t come into play are the reasons why someone looks that way, also known as what personal issues and battles that individual is dealing with. Everyone lives a different life. Hill struggles with the same things everyone does on this planet: Will the way I look affect what people think of me? Can I overcome that inside a few minutes of conversation, or is their mind already made up? All he’s asking for is to resist commenting on something a stranger would know little about.

“But I was just trying to say something nice,” the person will probably say. The problem is that the nice comment will sound comforting and lovely out of our mouth but will most likely be different for the recipient. One of St. Louis’ brightest champions for the sanctity of body image is radio DJ Lux, who shared Hill’s comments on social media and added something great of her own to the conversation.

“Our looks are the least interesting things about us, we are more than the shell!” Preach, Lux. Our current weight and body shape are only the first few pages of the story, the introduction to what makes us tick and unique. Our weight isn’t who we are; merely a number that is always in flux or transition. Again, there will be people telling Hill and Lux that social media, like the movies, can be a visual medium so it’s appropriate. Except, it’s not.

Commenting on someone’s looks is like writing a story without doing any research. It’s a means to make us feel good or better for telling someone they lost weight, even if the reasons are foreign to us. We don’t know what caused them to gain or lose weight. As Lux has noted on Twitter several times, the scale change could be the result of an eating disorder. Someone may look wonderful, but that’s only because the current makeup of the world promotes thinness as the only way to live. In the end, it’s awkward commenting and doesn’t help anything.

What should we say then? Comment on their hair, clothing, or just overall mood. Tell them they look great. One of the constant things I will use in a public interaction between me and a stranger, especially if he/she/they are under duress, is to simply say, “hey, you’re doing a great job.” That’s SO MUCH better than saying, “wow girl, you lost so much weight!” Trust me.

It’s not easy. Saying something nice is our own internal clock registering a nice deed. It’s something that affects us all, one way or another. Our natural inclination is to promote someone’s body change, even if we have no idea why exactly they look that way. Preaching isn’t fun, but with this particular subject, it’s needed.

I love what Hill posted on Instagram. I hope or wish his followers, and everyone else, slowly takes notice and adjusts accordingly. It’s not a celebrity whining or asking for a favor; it’s a public request for compassion to be shown in silence rather than hollow wording. Personally, I would compliment him on his wonderful beard.

Looks aren’t everything. They are a product of many decisions and endless judgment. For some, it’s easy to throw on clothes and head out into the cruel world. For others, it’s a journey. Just remember, people are hard enough on themselves; they don’t need help.

You can catch Hill next in Adam McKay’s upcoming Netflix Original, “Don’t Look Up,” this December.