Tel Aviv has the largest Gay Pride Parade in the Middle East. This is what it looks like. 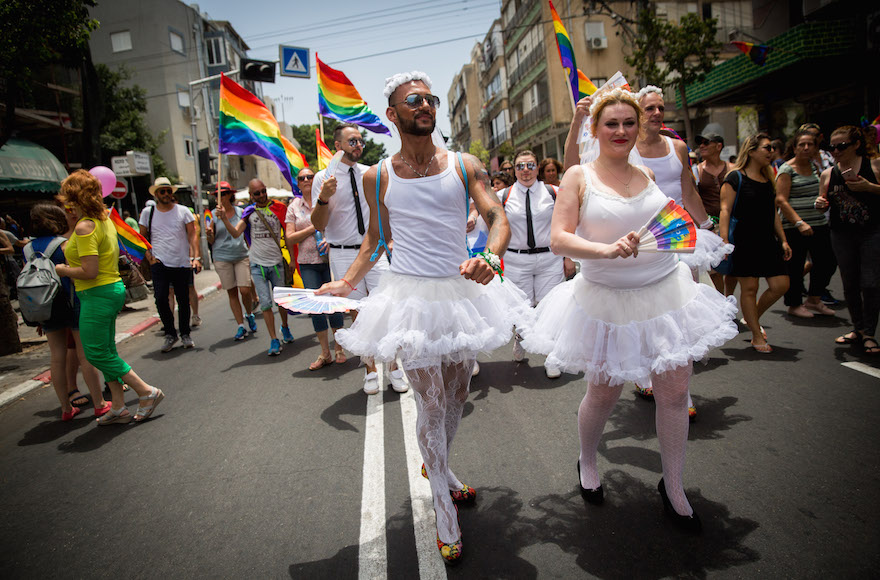 (JTA) — Around 200,000 people took to the streets to celebrate LGBTQ pride in Tel Aviv’s annual Gay Pride Parade, the biggest event of its kind in the Middle East.

The Friday parade drew some 30,000 tourists from all over the world and celebrated “bisexual visibility.” 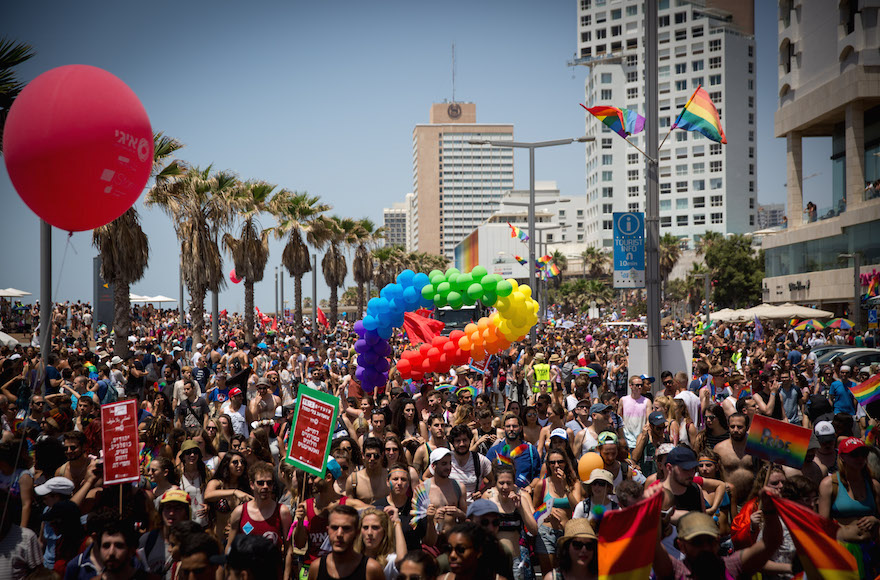 Ahead of the parade, a poll found that support in the country for same-sex marriage is at an all-time high. Seventy nine percent of Israeli Jews said they support allowing same-sex marriage or civil unions for gay couples, according to a poll released Thursday by the religious pluralism group Hiddush.

Attendees took to social media to share photos of the festivities.

Gay Pride Parade Tel Aviv. Fun – for sure. But it also comes with a deeper message of respect & tolerance!#Israel#TelAvivpic.twitter.com/Hz8ay5GDpU

Support for the #gay community in #Chechnya a major theme at #TelAviv#Pride parade pic.twitter.com/L2IG6VxrDr

We stayed up all night in preparation for the #TelAviv#Pride Parade. See you there! pic.twitter.com/O2nQZwuaWM