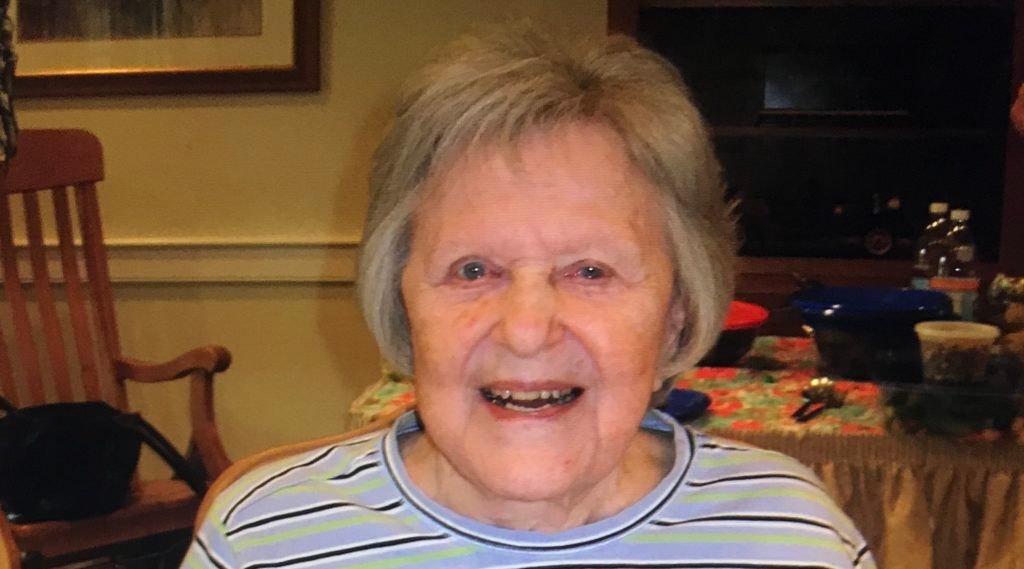 BOSTON (JTA) – As a young girl, Sylvia Glenn enjoyed making chalk drawings on the sidewalk outside her family’s Brooklyn apartment. As an adult, that creative impulse led to a degree in art, professional work at national magazines (including Life) and a lifelong passion for the arts that she pursued well into her 90s.

Glenn explored a range of styles in her paintings, including abstraction, fashion illustration and Japanese Sumi-e ink painting, according to her daughter Laura Glenn. Many of her paintings now hang in the homes of her four children.

Several of them also surrounded Glenn at the assisted living facility in Nashua, New Hampshire, where she died on March 31 of COVID-19. She was 98.

Sylvia Grauer Glenn was born in Brooklyn in 1921. After college, she married Jules Glenn, who she first met in elementary school when they were paired up for a dance program. While raising four children, Glenn found time to garden, cultivating plants and flowers that were often the subject of her still life paintings. Their home became a regular hangout for their friends, including the rock bands of her sons Mel and Russ.

“There was a lively, creative atmosphere and plenty to eat and drink,” Laura wrote in an email.

When her kids were teens, Glenn returned to school and earned a master’s degree in anthropology at New York University. She studied with the prominent cultural anthropologist Margaret Mead and the two became friends.

In her 90s, Glenn published “The Twisted Tree,” a novel set in Bali that she originally wrote decades earlier. With Laura’s assistance, they published copies for family, friends and residents and staff of the retirement community to which Glenn had moved to be nearer to two of her children.