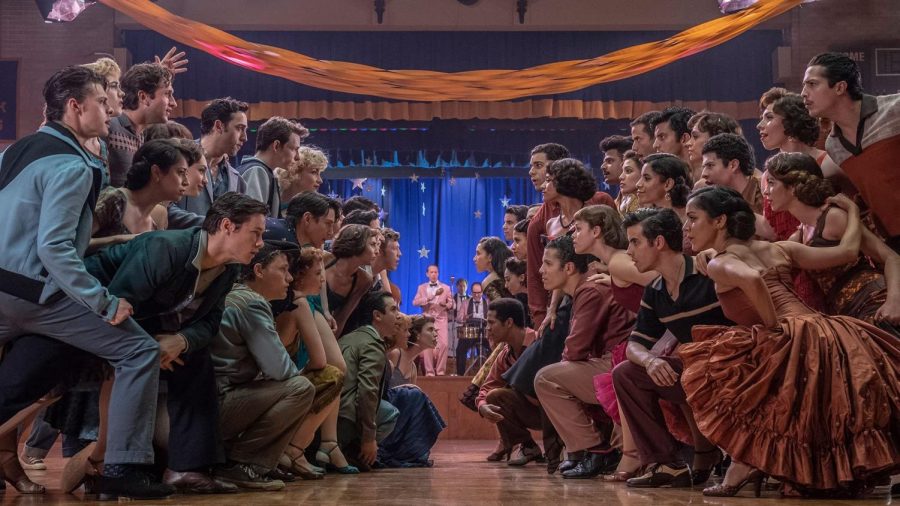 The sound of those lyrics should spell only one thing for cinema lovers: A love story that takes place on the west side of town with lots of song and dance.

Leave it to Steven Spielberg to make a statement just as summer enters its dog days phase, giving the world the first exclusive sneak peek at his remake of “West Side Story,” a movie that essentially lands at your feet this morning with potential Oscar gold attached. This is the kind of awards contender that had its seeds planted way back when production began before the pandemic took everything over last year. He aims to help audiences break out of the doldrums with a classic tale of love, family, loyalty, and purpose.

The setting is 1950s New York. Two young people from different ethnic backgrounds, sparking a turf war for the ages between the Jets and Sharks, a couple rival street gangs. A battle that features more dancing than punching, more singing than screaming, and a classy cameo from Rita Moreno, who starred in the original. At the head of the table sits Ansel Elgort as Tony, the protagonist who has his heart stolen when he first sets eyes on Maria, played by Rachel Zegler. David Alvarez is Bernardo, the older brother of Maria who wants her to have no part with Tony. It’s Bernardo’s Latino Sharks who come to a head with Tony’s Jets. You know the rest. Here’s the trailer.

The 90-second trailer provides just the right amount of pathos, romance and power–three things Spielberg channels easily in this teaser. A filmmaker well-known for telling male-driven dramas steps into the limelight with a different stroke of genius: the musical. And not just any musical, but the musical.

That’s the invigorating thing about remaking a film. The playbook and calls are already sitting right in front of you, but it’s up to the director to put his or her mark on the material. There’s no doubt Spielberg aims to make a splash here, returning to the awards circuit for the first time since 2017’s brilliant journalism tale, “The Post.”

For the record, the World War II movie should have absolutely demolished “Shakespeare in Love” for Best Picture that year as well–but that is neither here nor there.

“West Side Story” should put him right back at the forefront of Oscar season, especially with a key Dec. 10 release date. At the moment, 20th Century Fox will release the film exclusively in theaters, something that can’t be missed in large red lettering when you see the poster. Spielberg is as old school as Christopher Nolan strives to be, and it’s a good thing. Movie theaters need champions like him to remain open.

This December, moviegoers should expect a little magic a couple weeks before Christmas hits, courtesy of one of the greatest filmmakers of all time.