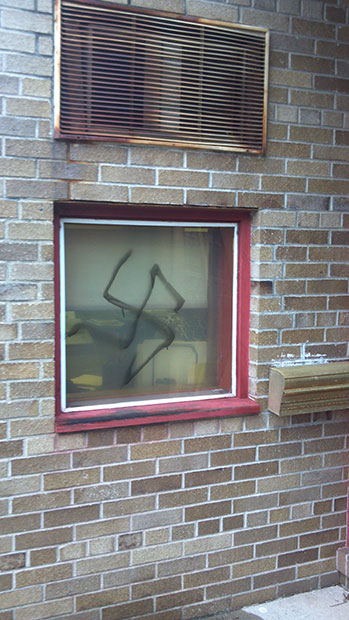 WASHINGTON — The U.S. State Department’s report on religious freedom described a “global increase” in anti-Semitism and said the “rising tide of anti-Semitism” was among the key trends of last year.

The executive summary of the report for 2011, released Monday, also detailed the “impact of political and demographic transitions on religious minorities” and “the effects of conflict on religious freedom.”

The increased anti-Semitism was “manifested in Holocaust denial, glorification, and relativism; conflating opposition to certain policies of Israel with blatant anti-Semitism; growing nationalistic movements that target ‘the other’; and traditional forms of anti-Semitism, such as conspiracy theories, acts of desecration and assault, ‘blood libel,’ and cartoons demonizing Jews,” the summary said.

It was not clear from the report how its authors assessed an “increase” in anti-Semitism. There was no overall quantification of the phenomenon, and individual country reports, while listing instances of official and societal anti-Semitism, did not compare rates to previous years’ reports.

The emphasis on anti-Semitism reflects a policy initiated by Hannah Rosenthal, the current special envoy on anti-Semitism. Rosenthal has pressed for the incorporation of anti-Semitism monitoring into the department’s overall human rights reports, arguing that it increases awareness of the issue among U.S. diplomats.

The George W. Bush administration, which expanded monitoring of anti-Semitism by creating the post of an envoy to combat anti-Semitism, kept its reports on the issue separate.

Countries singled out for special notice on anti-Semitism included:

* Venezuela, where President Hugo Chavez described Israel’s treatment of the Palestinians as “genocide” and called Zionism racism, and an Op-Ed in a government-owned newspaper that described Norwegian mass killer Anders Breivik as a “sabbath goy.”

* Ukraine, where there were several instances of vandalism targeting Jewish buildings and cemeteries, as well as incitement by ultranationalist figures.

* Hungary, where the rise of an anti-Semitic political party was noted.

* Egypt, where anti-Semitic cartoons and articles persisted in government-run and opposition media after the revolution in early 2011 that ousted the regime of Hosni Mubarak.

* Iran, where the report said that “the government’s anti-Semitic rhetoric, along with a perception among radical Muslims that all Jewish citizens of the country supported Zionism and the state of Israel, continued to create a hostile atmosphere for Jews.” The report also said that President Mahmoud Ahmadinejad “continued to question regularly the existence and the scope of the Holocaust and publicly called for the destruction of Israel, which created a more hostile environment for the Jewish community.”

* The Palestinian areas, where the report noted an instance of a Hamas imam in the Gaza Strip calling for the death of Jews, as well as a documentary on Palestinian Authority TV that characterized Jewish rites as “sin and filth.”

The country report on Israel said that “government policy contributed to the generally free practice of religion, although government discrimination against non-Jews and non-Orthodox streams of Judaism continued.” It noted that Christian missionaries were turned away at the airport in some instances and also noted the Interior Ministry’s refusal to recognize some U.S. converts to Judaism as Jews.

“A minority of Jews in the country observes the Orthodox tradition, and the majority of Jewish citizens objected to exclusive Orthodox control over fundamental aspects of their personal lives,” the report said.

It noted the practice on some public buses of segregating men from women.

The Israeli Foreign Ministry had yet to formulate a response to the report, an official at the Israeli Embassy in Washington said Tuesday.

Recording instances of societal discrimination, the report listed organized efforts to persuade Jewish businesses not to hire Arabs, as well as attacks by extremist settlers on mosques.

It also noted extremist Muslim riots, including several instances in which rioters at the mosques overlooking the Western Wall stoned Jewish worshipers.