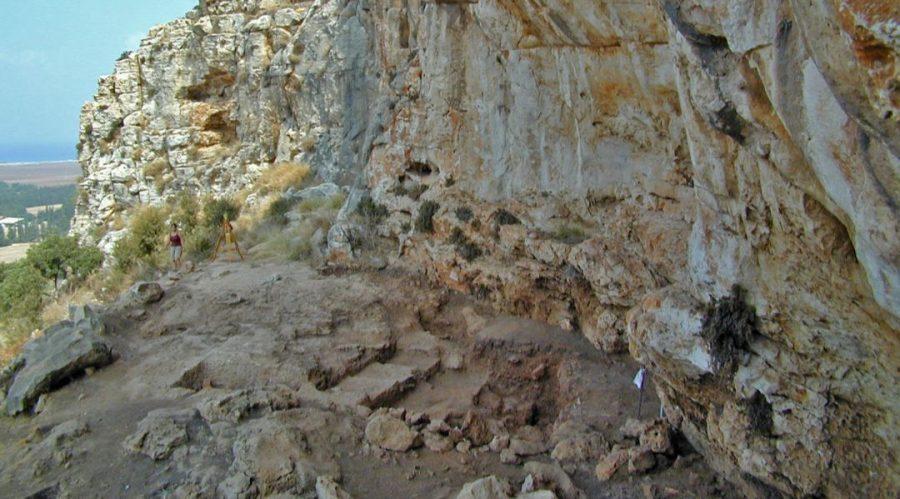 JERUSALEM (JTA) — The discovery of 200,000-year-old fossils in a cave in northern Israel shows that the first humans migrated to Israel during the Ice Age, or 100,000 years earlier than previously believed.

The findings were published Sunday in the Journal of Human Evolution by Lior Weissbrod of the Israel Antiquities Authority and Mina Weinstein-Evron of the Zinman Institute of Archaeology at the University of Haifa.

It previously was believed that the cold and dry climate of the Ice Age was a barrier to the intercontinental migration of humans out of Africa.

The scientists examined animal fossils from the Misliya Cave in Mount Carmel, and identified a vole species that characterized northern and cold regions. The rodents, who were only capable of living in cold climates, were found close to a nearly 200,000-year-old human jawbone, among the earliest human remains outside Africa.

“(H)ere in Israel, cold conditions prevailed that allowed such animals to survive. Finding the human jawbone in the same layer where the rodent lived suggests that these early humans survived under these conditions,” Weissbrod said in a statement.

Weissbrod said the tiny remains are of paramount importance to the study of human evolution.