Simone Biles, mental health awareness, and the cost of greatness 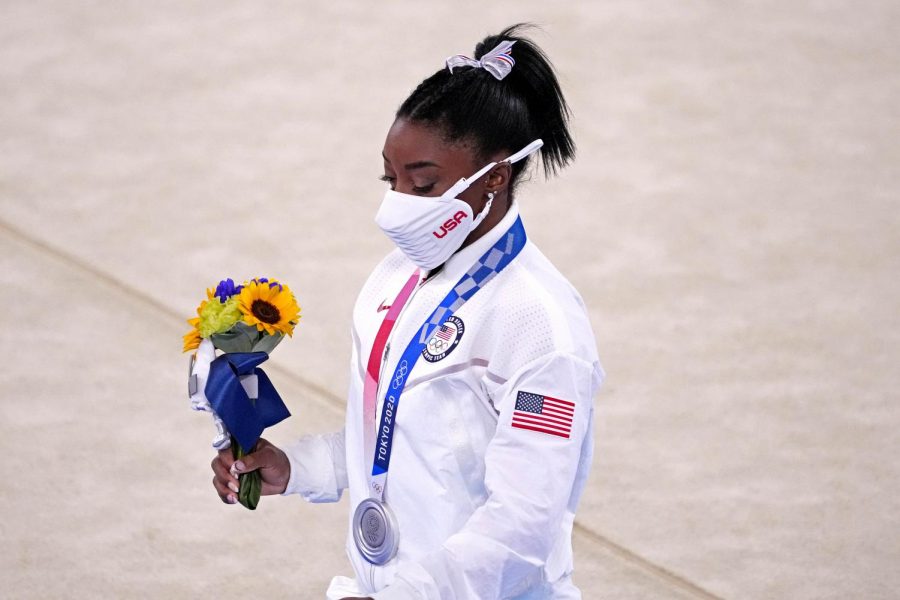 Sports fans often forget about the pressure that lands on top of an athlete’s shoulders. It’s similar to what we felt in high school sports, but blown up to a national-sized level. Now, reformat that scenario into one of the most well-known and dynamic athletes on the planet, Simone Biles.

All we heard leading up to the Olympic Games in Tokyo, delayed a year due to COVID-19, was how Biles was going to blow us away once again. The 24-year-old gymnastic superstar came into the competition with a combined total of 30 Olympic and World Championship medals, with sights on collecting more gold. However, during the team competition matches this week, she withdrew from competition due to an “injury.” The details weren’t immediately released but sooner rather than later, a report came out saying the withdrawal could have something to do with her mental health, as opposed to physical.

Before we get into some of the internet reaction, let me ask a question: Why is there a difference? Before you answer, close your eyes and imagine being Biles right now. Imagine all the pressure sitting on her shoulders coming into an event that gets blasted into every city and country around the world. In each coffeeshop or sports bar, there she is. With expectations sky high and every set of eyes plastered on her performance, what could possibly go wrong? The answer is a lot. After all, beyond those stacks of medals and accolades, lies a human being. A person capable of doing incredible things, yet also vulnerable to a mental block or episode that doesn’t allow them to go further.

Biles, standing on a platform 10-feet above the gold medal winner, made a decision to protect her mental health instead of demolishing it for a bunch of strangers. Instead of pushing herself to a limit that may reach a breaking point, she stood to the side and cheered on her teammates. She didn’t sulk to the back of the arena or put up a mean face. She was present, inspiring her young teammates to go for gold and making sure they knew that she believed in them. She protected herself while projecting love for her team.

If you scan the media coverage, there are people who are attributing her stance to a weakness of some sort. Ladies and gentlemen, this is the No. 1 issue facing us today in our current civilization: A lazy and often misguided approach to understanding mental illness and its relentless wrath. The longer we step over the issue of mental health, the longer the stigma carries on. The farther you push something away, the harder it is to understand it. If people had a grasp on depression and anxiety, and how it can come on like gangbusters whenever it pleases, the Biles withdrawal wouldn’t be a big deal. People would get it, accept it, and cheer her on during the next one.

Instead, all some will see is the performance they didn’t get. The gold medal Biles didn’t raise in the air with a beaming smile quietly holding back tears and rage for pushing herself beyond the breaking point. No, it’s not worth it. Medals No. 31 and No. 32 can wait. Maybe they wait forever. When asked in a recent interview about her favorite hobby or thing to do, Biles answered by saying, and I’m paraphrasing here, that she enjoyed her time off from gymnastics the most. A 24-year-old woman has already become overwhelmed by what was once her passion. How do you think that happened? Expectations, and not even her own.

Those expectations had a torch held to them on Friday during the opening ceremonies, but they had surely been hot for Biles mentally over the past few weeks. Would she repeat? Could she do it again? How many different stories could be written? My question is simpler: at what cost would those accomplishments come with? Do people care about the setbacks Biles would take with her after the Olympics are over and regular life returns. Are people going to think about her then?

I’m happy she pulled out of the competition. Good for her. She chose herself over a glory that was becoming too taxing. She could still compete in individual competition and go home with a few medals, or she could just go home empty-handed with a clear mind. I can’t imagine all the things she heard yesterday when she made the choice. All the social media groans and gasps, strangers disregarding all the other amazing talent there and focusing their attention only on the spectacle of one woman. She chose herself.

The pressure to chase down and achieve greatness is taller than Goliath could ever reach. The pressure to hold onto it is even more monstrous. Sports fans forget that all the time, thinking about their own needs and moods. Instead of being able to send that tweet about “Simone Biles is sooo amazing! She did it again,” how about just a tweet saying she is amazing and strong? Too hard.

Instead of dazzling us with another display of athletic dominance, Biles reminded us to think of ourselves on occasion and take care of numero uno. That’s stronger than any gymnastics feat if you ask me.