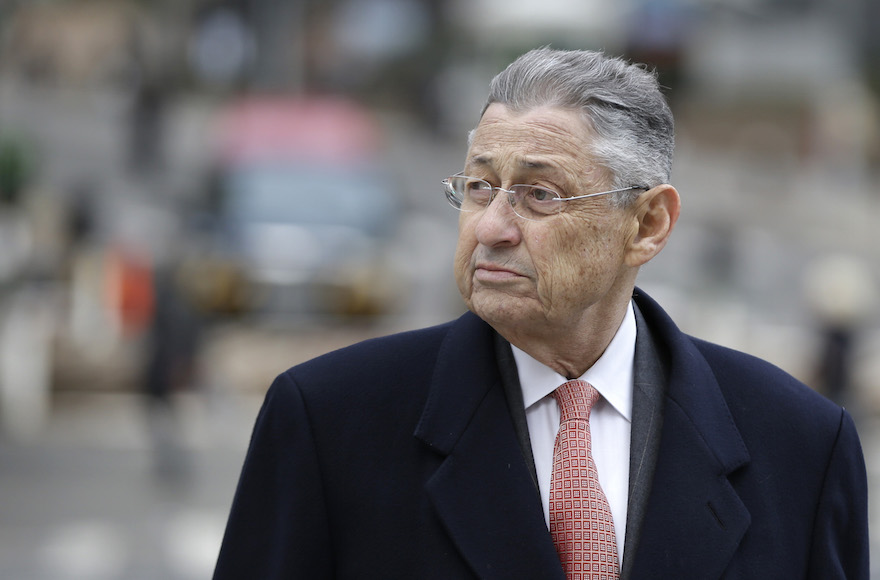 (JTA) — Sheldon Silver, the former speaker of the New York State Assembly, is reportedly headed back to prison, just days after being sent home on what officials had described as a COVID-related furlough.

The Associated Press, citing a source familiar with the situation, reported that the reversal of fortune came after the U.S. Attorney’s Office in Manhattan, which prosecuted Silver’s case, notified the Bureau of Prisons that it had opposed his release.

Silver would have to return to federal prison in upstate Otisville as soon as Thursday afternoon, sources told News 4.

Silver, 77, who for two decades was among the most powerful people in the state, was serving a 6 1/2-year sentence on federal corruption charges. He was furloughed under a measure meant to control the spread of coronavirus in prison.

Family and supporters say he was in poor health and highly susceptible to the coronavirus. Silver was expected to serve the remainder of his sentence under confinement at his home on New York City’s Lower East Side.

Silver was convicted in 2018 of using his office for personal gain. He has been in the federal prison since August.