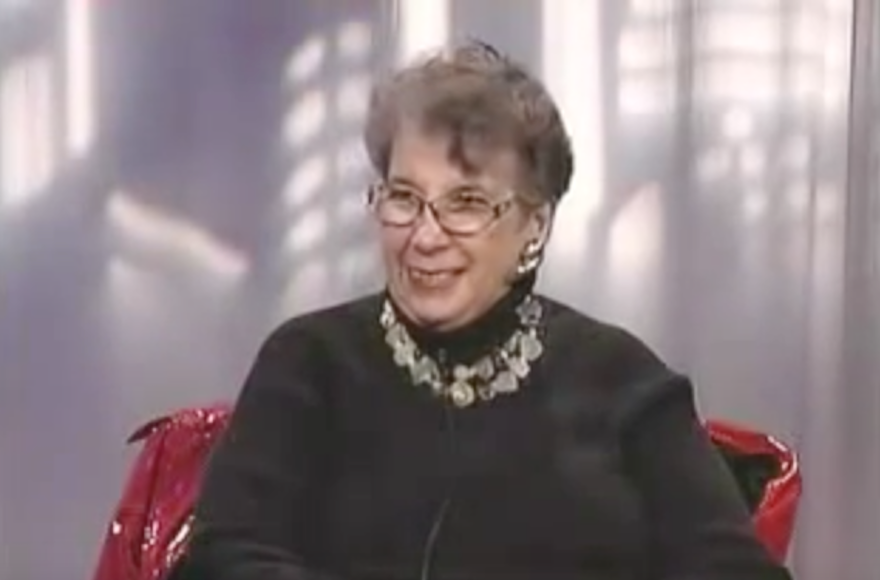 Michaels died on June 22 in New York. She was 78 and had been suffering from leukemia.

The Jewish feminist icon was born in St. Louis in 1939 and spent her formative years there and in the Bronx.

Michaels attended the College of William and Mary but was suspended for her political and racial opinions while on the school’s editorial board. After working in publicity for a TV station and hotel in St. Louis, she moved to New York in October 1959. Michaels attended Columbia University night school, studying mythology, Persian and Biblical literature, while working as a ghostwriter and editor.

Michaels was one of the first women to run the field offices for the Congress of Racial Equality and the Student Non-Violent Coordinating Committee during the volatile civil rights era of the 1960s. She also worked to organize the historic Civil Rights March on Washington in 1963, helping to write John Lewis’ speech for that occasion, and had leadership positions during the Freedom Summer of 1964.

Later she located and interviewed many other civil rights leaders, which led to the establishment of an archive of oral histories currently stored in the Columbia University Oral History Archives.

In a 2009 New York Times article, Ben Zimmer wrote that in 1961, Michaels saw “Ms.” on a piece of mail her roommate received. “In fact, she initially took it as a typo, albeit a felicitous one,” Zimmer wrote. “Fiercely independent, Michaels abhorred having her identity defined by marriage. Struck by Ms., she became a one-woman lobbying force for the title as a feminist alternative to ‘Miss’ and ‘Mrs.’”

“[I] was looking for a title for a woman who did not ‘belong’ to a man,’” Michaels is quoted as saying in a 2007 story in The Guardian.

By 1970, Gloria Steinem endorsed the term and it steadily grew in public usage (and in 1971 “Ms.” was used as the title of the feminist magazine started by Steinem and Dorothy Pitman Hughes).

During her varied career, Michael also worked as a cab driver for 10 years in Manhattan and ran a Japanese restaurant. She worked in India, Singapore, Japan and Laos.

With Michaels at the time of her passing was Rabbi Sharon Kleinbaum of Congregation Beit Simchat Torah, an LGBTQ synagogue in New York of which she was an active member.

Shortly after Michaels’ passing, Kleinbaum said at her bedside, “A giant has left us.” Michaels was also a member of Central Reform Congregation of St. Louis.

Michaels will be buried in her family plot in B’nai Amoona Cemetery in St. Louis.