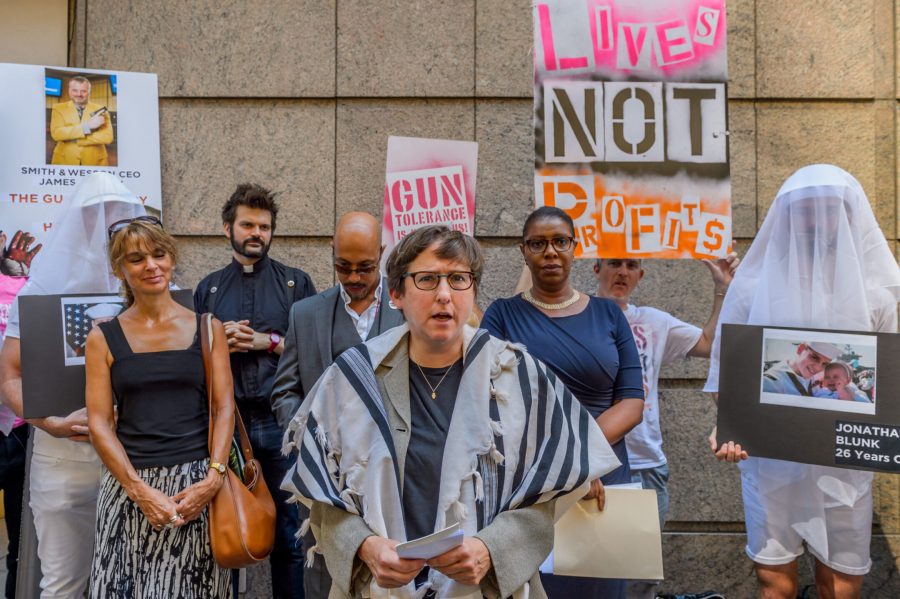 Kleinbaum has previously served on the commission, which monitors religious freedom abroad, according to the Biden administration’s announcement Friday. Biden also announced the appointment of Khizr Khan, who rose to prominence as a moral voice after his son, a U.S. Army captain, was killed in Iraq.

Kleinbaum is known for her advocacy on behalf of LGBTQ and human rights, including in Israel. Her support for the liberal pro-Israel lobby J Street induced a right-wing political action committee to run an ad last year that called her an “antisemite,” drawing condemnation from the Anti-Defamation League and others.

Praise for Kleinbaum poured in after the announcement, including from New York City politicians and from her wife, American Federation of Teachers President Randi Weingarten.

I’m so incredibly proud of my wife @Skleinbaum. She’s been a powerful voice for religious freedom, for human rights and for LGTBQ rights .She will bring that passion & purpose to her re-appointment to the US Comm’n on Int’l Religious Freedom https://t.co/wuLVS5ltVv