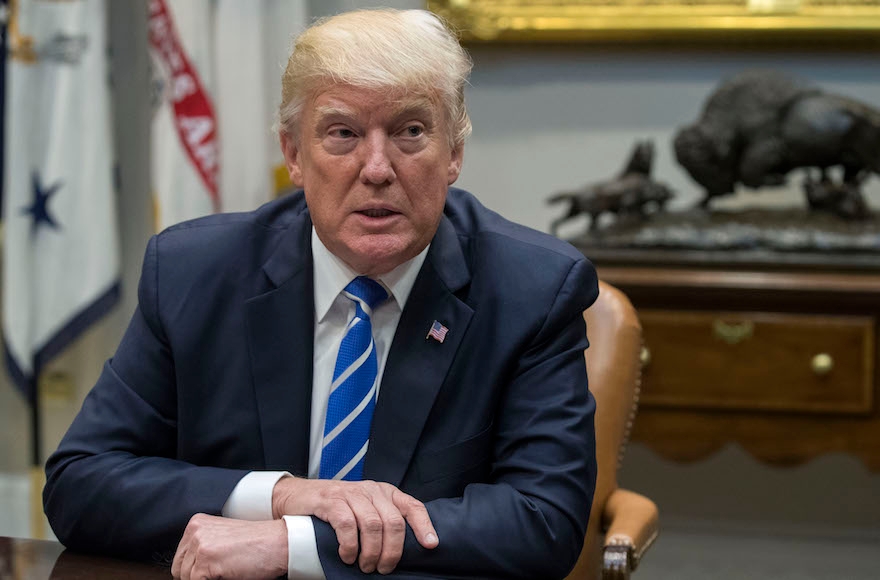 WASHINGTON (JTA) — The Senate has advanced a bipartisan resolution post-Charlottesville calling on President Donald Trump to reject white supremacists and, in a rare move, requiring his signature.

The resolution was placed Thursday on the calendar, which means it has cleared procedural hurdles and will soon come up for a vote. That’s unusually fast for Senate legislation for a resolution introduced the previous day.

Its sponsors — Sens. Mark Warner and Tim Kaine, both Democrats of Virginia, and Republican Sens. Cory Gardner of Colorado, Lisa Murkowski of Alaska and Johnny Isakson of Georgia — used a mechanism that mandates the president’s signature on the resolution. Most nonbinding resolutions simply require majority votes, as they stop short of being law, and express the sense of a body. This would commit Trump to the resolution’s sentiments.

The resolution “rejects white nationalism, white supremacy and neo-Nazism as hateful expressions of intolerance that are contradictory to the values that define the people of the United States.” It also urges the president and his administration “to speak out against hate groups that espouse racism, extremism, xenophobia, anti-Semitism and white supremacy, and use all resources available to the president and the president’s Cabinet to address the growing prevalence of those hate groups in the United States.”

The resolution assiduously avoids blaming any other parties for the deadly violence in Charlottesville, Virginia, last month, when white supremacists sought to protect Confederate monuments. An alleged white supremacist rammed his car into a group of counterprotesters, killing 32-year-old Heather Heyer, who is named and honored in the resolution.

Trump on the day of the attack and in subsequent days earned opprobrium from leading Democratic and Republican figures for saying “many sides” were to blame for the violence and that there were “very fine people” on both sides.

The resolution also calls on the attorney general and the Department of Homeland Security to “investigate thoroughly all acts of violence, intimidation and domestic terrorism by white supremacists.” Trump recently shut down funding for just such a Homeland Security task force.