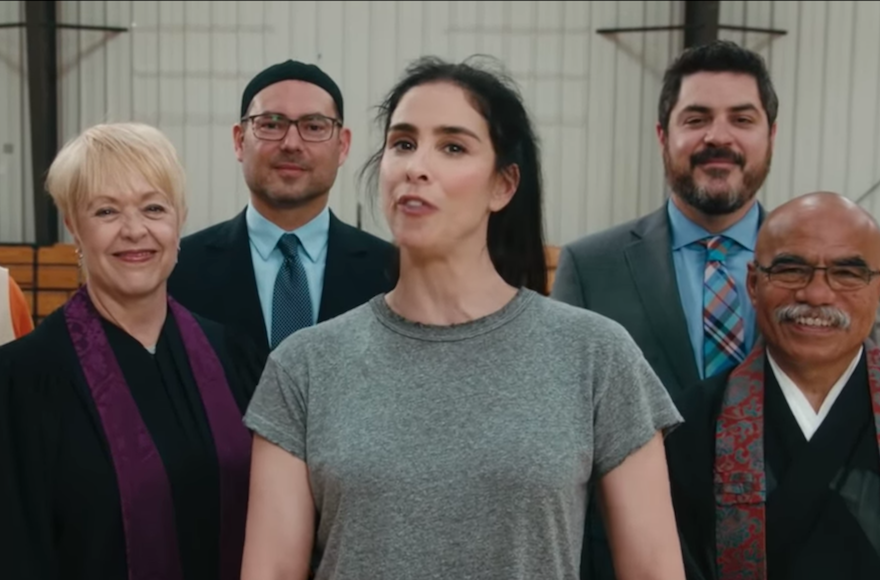 Sarah Silverman set out to find out the answer on her show “I Love You, America.”

The comedian brought together five clergy from Southern California: a pastor from the Bel Air Church; the imam who was the founding president of Bayan Claremont Islamic Graduate School; a swami and teacher from the Chinmaya Mission; a Buddhist minister; and a clergy member from Valley Beth Shalom, the largest Jewish congregation in the San Fernando Valley.

I won’t spoil who wins, but just know that the rabbi (Noah Farkas) is the first to be eliminated. (If you didn’t know, H-O-R-S-E is a simple game involving a basketball. The video explains it.)

While we often claim Silverman as a Jewish comedian, she represents atheism in the contest. She even jokes that she has been “obsessed” with Christianity recently and has been sexting with a Jesuit priest for months.

Along the way, Silverman asks all the religious leaders about their faiths, and reveals that the imam and rabbi are close friends who hold events together.

“What is your hummus budget?” she asks in regard to the events.

Watch the fun video in full here or above.