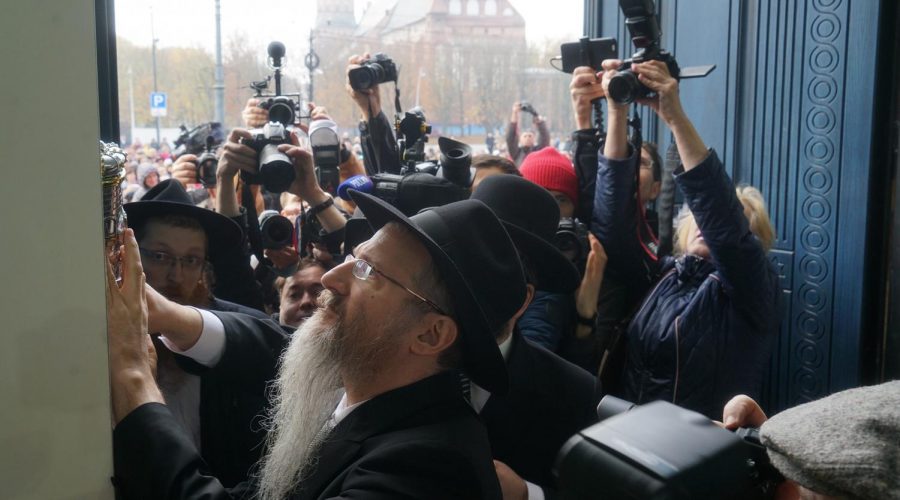 Rabbi Berel Lazar affixing a mezuzah to the front door of the New Synagogue in Kaliningrad, Nov. 8, 2018. (Cnaan Liphshiz)

The Russian News Agency TASS reported on Sunday that the rabbi is “under medical supervision,” and that his “health is out of danger,” citing the rabbi’s press service.

A total of 467,673 coronavirus cases have been confirmed in Russia as of Sunday morning, with 5,859 fatalities nationwide.

Lazar, 56, is known to have close ties with Russian President Vladimir Putin. He has served as chief rabbi of the country for some 20 years.