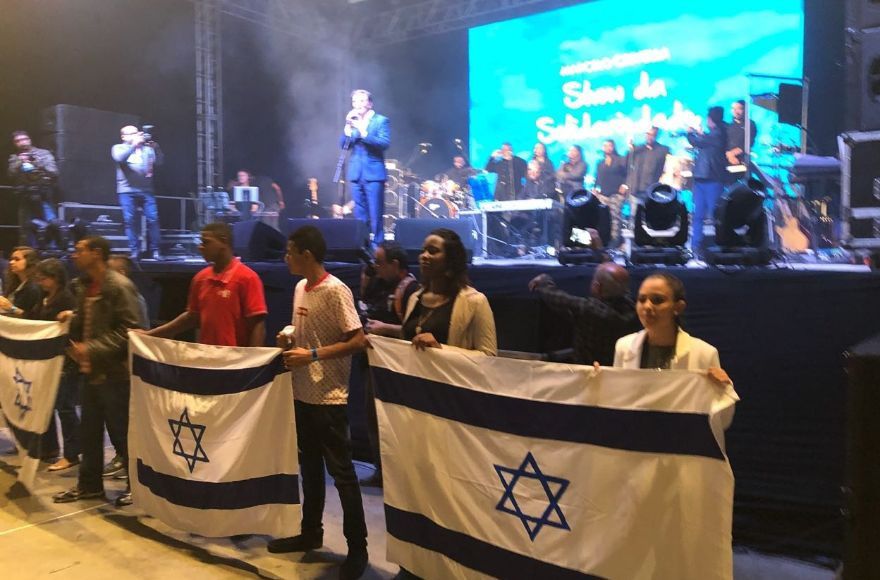 RIO DE JANEIRO (JTA) — Thousands paid to watch the mayor of Rio sing at a concert where the box office was entirely donated to the construction of a Holocaust memorial.

Some 4,000 people listened to several gospel songs sung by Marcelo Crivella, who is a fervent Evangelical Christian and a longtime friend of the Jewish community. Last year, he laid the cornerstone for the memorial.

“A Holocaust memorial is important to prevent and defend humankind from such barbarisms. Experience shows if we are not vigilant about the past, it simply returns. The monument will be an alert in the consciousness of everyone who visits it,” Crivella told JTA after Thursday’s concert.

The politician, who is an enthusiast of the Jewish state, had announced the donation of the public area to build the memorial before some 2,000 Jews attending a Yom Haatzmaut celebration on April 22. Crivella reportedly has visited Israel 40 times.

“It was really touching to see the mayor sing ‘I am Israel’ with the whole audience standing up, surrounded by Israeli flags waving in the hands of several youths by the stage. It was a unique moment in memory of the Holocaust and glory of the Jewish state,” Israel’s honorary consul Osias Wurman told JTA.

Crivella is a nephew of Edir Macedo, founder of the Universal Church of the Kingdom of God some 40 years ago. He also has played a pivotal role in the church gathering some 5.2 million followers at 13,000 temples across Brazil and worldwide. The church owns the second-largest TV station in Brazil, as well as a broad conglomerate of newspapers and radio stations.

In early April, the words “Holocaust Never Again” in Portuguese were projected on Brazil’s National Congress buildings in Brasilia, an unprecedented honor to mark International Holocaust Remembrance Day in the country’s capital city.