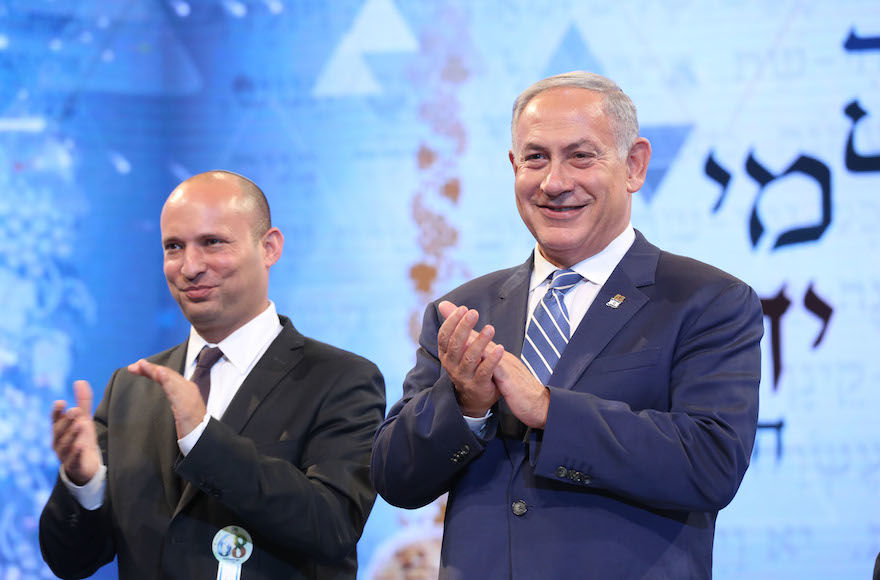 JERUSALEM (JTA) — Coalition talks between Likud and the right-wing Yamina alliance have broken down again, less than two days before the new government is scheduled to be sworn in.

What appears to be the final attempt to bring Yamina into the government comes days after the alliance had stated its intention to sit in the opposition.

“Due to the make-up of the government and its likely policy as a left-wing government headed by Netanyahu, and in light of the prime minister’s outright disdain towards Yamina and its voters, [we] have decided to serve the public from the opposition,” a Yamina statement said on Sunday. “Yamina will prepare for the day after Netanyahu, in a year and a half,” when Blue and White head Benny Gantz takes over as prime minister under the coalition agreement.

Yamina would bring six Knesset seats to the coalition.

Likud accused the alliance of being greedy in its demands, especially due to its small size, and of demanding ministerial portfolios that have nothing to do with religious Zionism, its stated priority.

“Tonight it became final that Bennett and Yamina have decided to quit the right-wing bloc. Bennett’s refusal of our generous offer for Yamina to control all the issues that are important to religious Zionism reveals that he cares about Cabinet seats, not ideology,” the Likud said in a statement.

On Tuesday, Netanyahu announced that former Knesset speaker Yuli Edelstein would become health minister, bringing any more negotiations with Bennett to a halt.

“Today’s date, May 12, will go down in history as the start of Netanyahu’s fall from power,” an unnamed Yamina official told Ynet.

The smaller right-wing religious Zionist parties have supported Netanyahu and been part of the right-wing bloc through the last two elections and over many years.

“While they showed loyalty to him, he stabbed them in the back,” the official said.

Bennett, who served as Netanyahu’s chief of staff from 2006 to 2008, has had a strained relationship with his former political mentor in recent years.

The new government to be sworn in on Thursday, billed as an emergency coalition government led by Likud and Blue and White, also will include the United Torah Judaism, Shas, Labor and Gesher parties.