Richard Schifter, Holocaust survivor who later served as a US diplomat, dies at 97 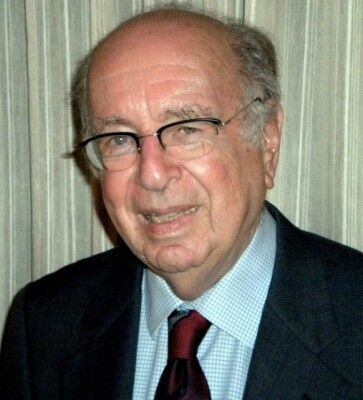 (JTA) – Richard Schifter, a Holocaust survivor who served as an American diplomat, has died at the age of 97.

Schifter was born in Vienna to Polish parents. At the age of 15, he received a visa to go to the United States. The rest of his family died at the hands of the Nazis.

He served in the U.S. Army as one of the Richie Boys, a unit of young Jewish-German refugees who the U.S. Army trained in psychological warfare. He later graduated from Yale Law School.

Under Presidents Ronald Regan and George H.W. Bush, he served as assistant secretary of state for human rights and humanitarian affairs.

“Ambassador Schifter was an inspirational leader, accomplished diplomat, public servant, staunch advocate for human rights, a resolute defender of Israel, a strong proponent of trans-Atlantic relations and of America’s place in the world,” Bnai Brith International said in a statement. “Notwithstanding his immense achievements, Ambassador Schifter’s persona was one of humility and civility.”