WASHINGTON (JTA) — When I spoke to Mike Evans, an evangelical leader who founded a Jerusalem museum celebrating Christian supporters of Israel, earlier this week, he offered a bold prediction — one that doesn’t appear to comport with current events.

“Before the election, I think President Trump’s going to come out and declare sovereignty over all of Judea and Samaria, and the Jordan Valley and declare that the Bible is not illegal,” Evans told me.

Really? Amid political pushback and a worsening pandemic, the Trump administration has gone quiet on Israeli Prime Minister Benjamin Netanyahu’s push to annex just parts of the West Bank. But Evans said Trump would go one better and say that the United States would recognize Israel’s sovereignty over the entire West Bank.

I asked him how Trump would know to do this, and he said, “Don’t worry, he’ll read your article.” And in the article, Evans said, the president would learn that evangelicals needed annexation to get them to turn out in the numbers Trump needs to defeat Joe Biden in November.

So here’s a story in which I look at what evangelical Christians are thinking about the proposal that’s dividing the world’s Jews. Spoiler alert: Not all of them agree with Evans. You can read the whole thing here.

What I learned: Once again, there’s no condemnation of Israel for occupying the West Bank, despite increasing pressure in recent years for a mention. Not only that, but the $3.8 billion Israel gets annually in defense assistance remains sacrosanct, as does the two-state solution. Read more about the platform in this new story.

Born to run … a Jewish campaign: Dan Pine, of J. The Jewish News of Northern California, profiles San Francisco native Aaron Keyak, who has been steeped since birth in Democratic politics and Jewish communal life and who is now running Joe Biden’s Jewish outreach.

Hello, fodder: George Soros’ foundation, Open Society, is dumping $220 million into Black American groups. The money will go to community activism and education, but that sound you hear is conspiracy theorists eating up even the most innocent association between Soros and the current season of protests.

Omar is counting: Ilhan Omar has raised just $472,000 in the last quarter, compared to $3.2 million the amount an opponent, Antone Melton-Meaux, has raised, a lot of it from pro-Israel donors. But Omar has the endorsement of the House Speaker, Nancy Pelosi. 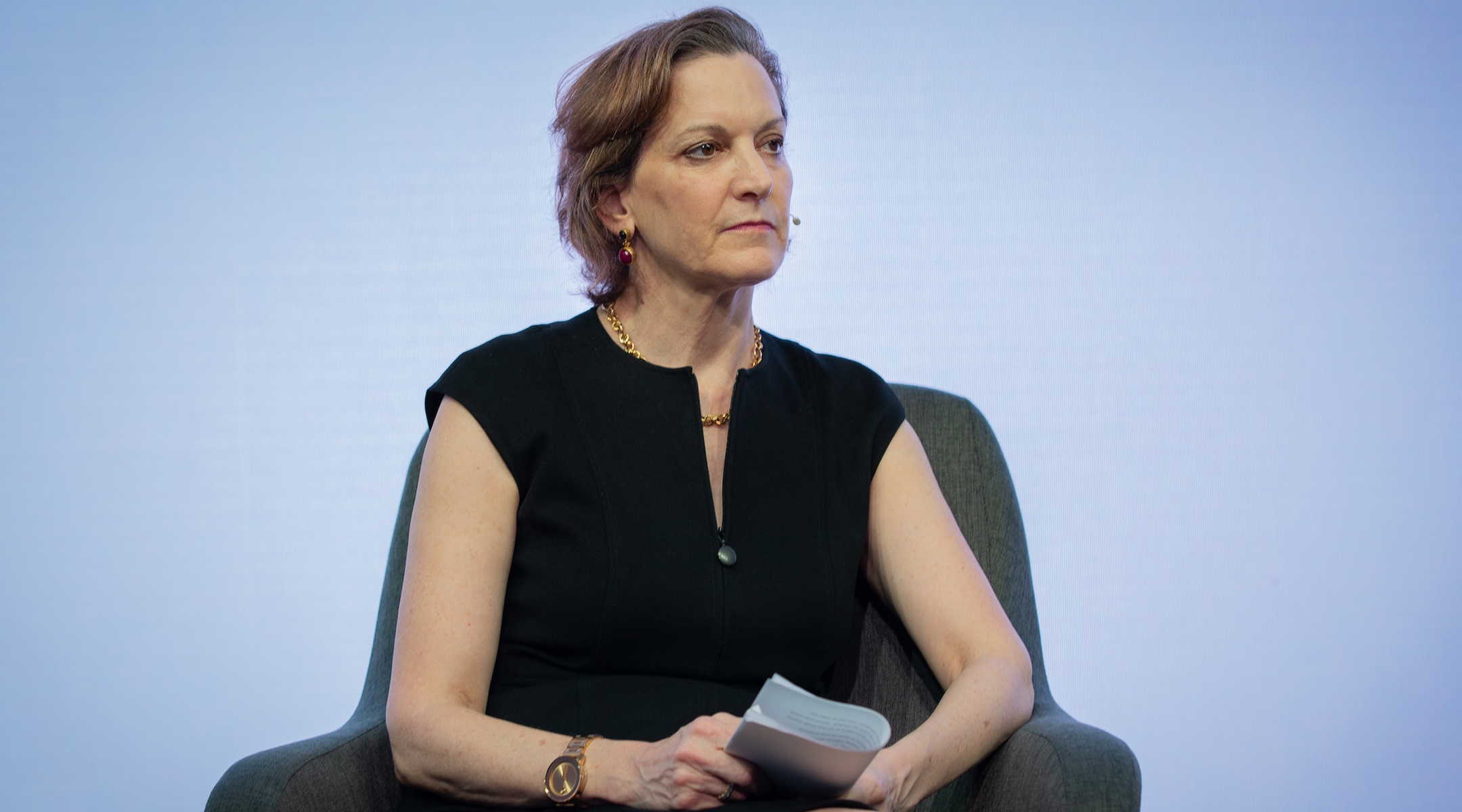 The historian and journalist Anne Applebaum participates in the session ‘Democracies in danger’ in the XXXV Economy Circle meeting on May 30, 2019 in Barcelona, Spain. (David Zorrakino/Europa Press via Getty Images)

I first read Anne Applebaum in the 1990s when she was a youthful editor at the British Spectator, then seen as a redoubt for conservative shatterers of taboos. She rapidly rose through the ranks of conservative intellectuals as an expert on the post-Soviet turmoil in Europe and married a Polish politician. She was among the first Never Trumpers, and now wonders whether what she perceived those many years ago as a charming “dilettante conservatism” contained the seeds of something darker, leading to the hypernationalism now preeminent in Europe and the United States. She speaks at length to The Observer’s Nick Cohen. A tweet from @YousefMunayyer and Ivanka Trump holding a can of Goya beans. (Screenshot)